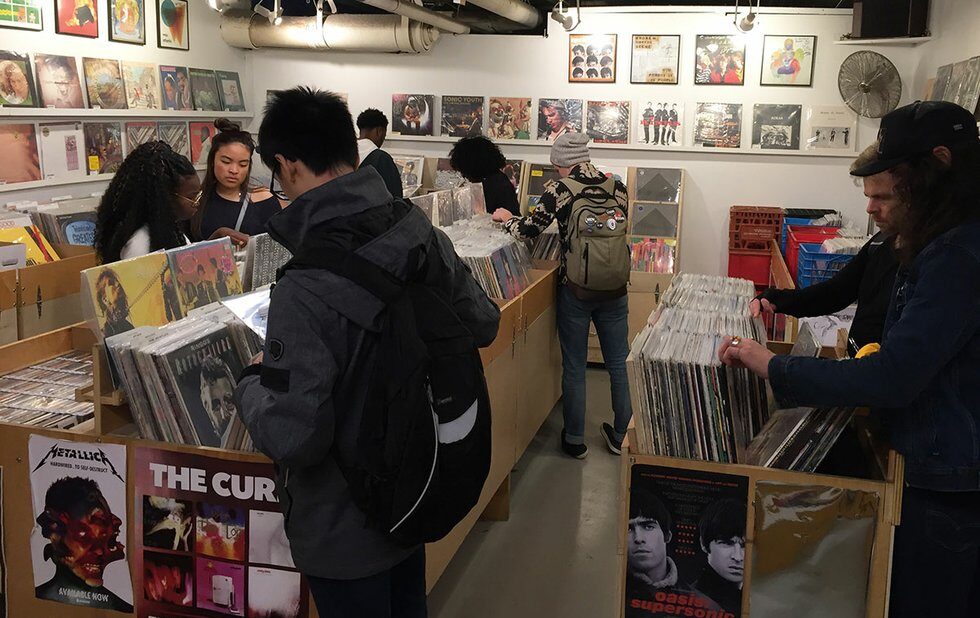 There are only two reasons why my phone will start buzzing wildly in the middle of the day: either my group chat is blowing up, or Shortstack Records is posting new arrivals to Instagram.

Recently, however, I was given a painful reminder that I’m not the only one who subscribes to post notifications from the store’s account. Among the haul of coveted records added that afternoon was an original pressing of Songs: Ohia’s The Magnolia Electric Co., a record I’ve been hunting for my entire adult life. I have its cover art tattooed on my arm. So my heart rate soared while I dialed the shop’s number as quickly as my thumbs would allow.

“Sorry,” said the person who answered, “it sold a few moments ago.” It was gone in just over a minute.

I visited Shortstack the following Thursday to speak with Cal MacLean, the shop’s owner and, I soon learned, the man on the other end of that phone call. “You were one of four people who called in at once,” he said with a knowing laugh. “It really came down to the wire.”

My story was clearly not unique. What is unique, though, is the way MacLean uses Instagram to get people excited about his shop.

Shortstack is located in the back of Queen West basement thrift store Black Market, where the luxury of elaborate window displays are a far-off fantasy. Seeking an inexpensive outlet to engage with customers, MacLean adopted Instagram as his chief marketing tool.

“I’ve always been interested in how to innovate the record shop,” he says. “There’s over 50 [record] stores in Toronto, so you have to use what you can to set yourself apart, and that’s what’s working for us.”

Since the shop’s opening in November of 2015, Shortstack has accumulated over 3,000 Instagram followers, more than many of the city’s larger, more tenured shops. And they’re engaged followers, to say the least.

MacLean’s approach is simple: he posts one record at a time, and captions each with the date and country of production. He’s careful with his selections, opting for the more one-of-a-kind finds over crowd-pleasers, though he posts plenty of the latter as well. Visiting the page is like having a fresh crate of sought-after records dropped in front of you. Be quick, though, as many of them sell within minutes.

MacLean didn’t invent this approach – a number of other record stores in the city use Instagram to showcase what’s in-store, and some also post sought-after gems. What sets Shortstack apart is how it’s devoted entirely to the types of records that give collectors heart palpitations. That’s the reason so many check Shortstack’s page with such frequency, and it’s why a lot of the records are snatched up within minutes.

When I ask MacLean his secret, he offers a few stray thoughts before concluding, “I guess I’m talking around the idea that I don’t know. It feels like an ongoing experiment.”

For MacLean, though, this experiment doesn’t begin or end with selling records online. He’s especially wary of that. The reason you won’t see prices listed on his posts is that it opens up the floodgates for other questions, and none of them have to do with his vision for the store.

“Usually it’s shipping, or like bartering, instant messages. There’s always this danger it’s going to tip over to being an online shop. And then it’s a whole different beast. We’re a brick-and-mortar store first.”

MacLean’s M.O. is to make Shortstack the best 380-square-foot record store it can be. Its expertly curated and maintained Instagram presence isn’t meant as a separate marketplace but rather a showcase of what you’ll find in the shop. He’s fixated on filling the deep bins with the kind of records – like shop favourites All Things Must Pass by George Harrison, Black Flag’s My War and Can’s Tago Mago – that make people pick up the phone in the first place.

MacLean echoes this sentiment when I ask him for advice on how to not miss out the next record I’m likely to agonize over.

“If people are in the shop and I’ve got a crate of stuff I’m about to post, I’ll say, ‘Hey, check it out,’ because I don’t want people to phone in and snipe something someone in the store could have gotten. That’s where the priority lies. So that’s your best shot.”