The best and worst music stories of 2017

From vanishing (and reappearing) venues to the Indigenous Next Wave, these are the most fascinating stories we've been following this year 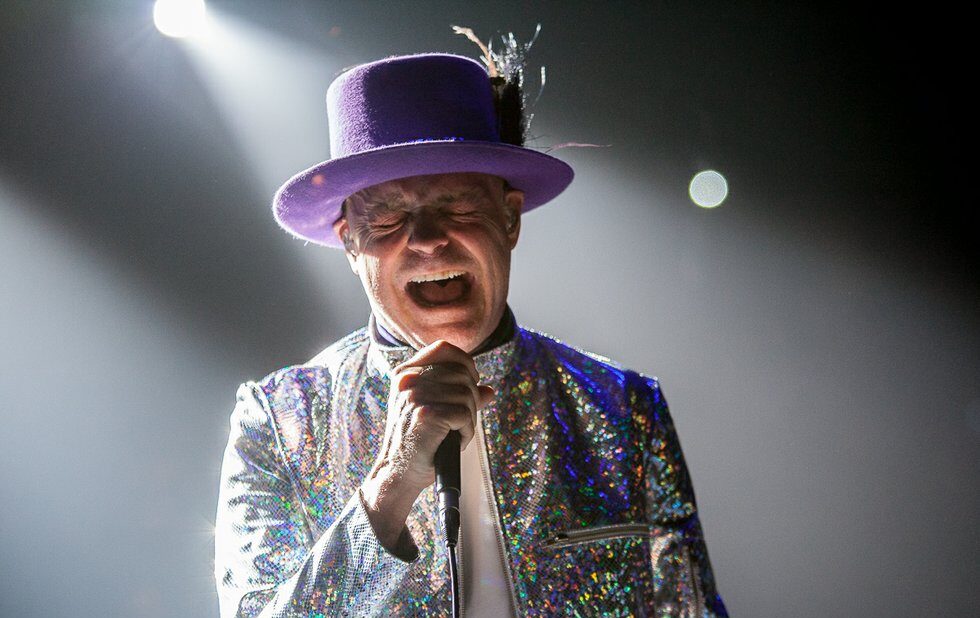 The death of Gord Downie

There was no bigger local (or national) music story this year than Gord Downie’s passing in October. It wasn’t just the death of one man, but rather of a certain conception of Canadian music. Downie and the Tragically Hip have always lived in a duality between patriotic bar rock and thoughtful, Canadiana-complicating stories and poetry. In his courageous final act, the iconic front man shifted his legacy to the latter, highlighting the shameful legacy of residential schools on Secret Path, forming the Gord Downie and Chanie Wenjack Fund to raise money and awareness for reconciliation and, finally, (posthumously) releasing the album Introduce Yerself, which felt a bit like a self-written eulogy.

Musicians in Toronto and elsewhere have been paying tribute since, but Downie planted seeds for Canadian music to grow in his wake, beyond a Tim Hortons-fied, Canrock conception and towards the vibrancy and diversity that’s now emerging.

The Indigenous Next Wave

Much of the most exciting and electric music of 2017 came from Indigenous artists. There has always been powerful art coming out of Indigenous communities – this year’s Native North America gathering put that into sharp focus, as did Buffy Sainte-Marie’s career retrospective Medicine Songs, released during Canada’s contentious sesquicentennial year – but now First Nations artists are being recognized on their own merit rather than tokenized and pushed into “Aboriginal” or, worse, “World” genre categories. A Tribe Called Red and Tanya Tagaq opened the Junos, while three out of 10 of this year’s Polaris Music Prize shortlisters were Indigenous.

“We are witnessing the emergence of an Indigenous Next Wave,” wrote Revolutions Per Minute’s Jarrett Martineau, in NOW’s August 3 cover story. Speaking of RPM, the indispensable Indigenous music platform teamed up with the Basement Revue to create New Constellations, a nations-to-nation tour of Indigenous and non-Indigenous artists, writers and musicians that removed barriers between the country’s music. It came to Toronto in late December, and it felt like the future.

Abuse in the music industry

It feels like the world is going through a post-Harvey Weinstein reckoning in which the sexual harassment, abuse and predatory behaviour that’s always been there is being exposed, and for the first time it feels like there are real consequences. That’s as true in music as any other field, and there are simply too many examples to go into here, from PWR BTTM to Twiggy Ramirez to Brand New’s Jesse Lacey and seemingly the entire emo genre.

In Canada, Alex Calder was dropped from his label Captured Tracks, while Alice Glass wrote a letter describing over a decade of physical and psychological abuse from her former Crystal Castles partner Ethan Kath. He countered with a defamation lawsuit, but now the Toronto police sex crimes unit is investigating him.

It feels like it’s only the tip of an iceberg that will continue to come to light throughout 2018, where the focus will expand from individual perpetrators to insidious structural problems that allow rape culture to flourish in the industry.

In January, friends of Jordan Gardner, one half of electronic duo Èbony, rallied behind the local musician as he awaited sentencing in Australia on drug smuggling charges after allegedly being recruited as a drug mule by Slava Pastuk, former Canadian editor of Vice music site Noisey. Gardner was sentenced in October to seven years and six months in prison. He’s eligible for parole in 2020.

Pastuk has not yet been charged, though the National Post has published a number of in-depth stories about his alleged operation, reporting that he used his post as editor to pressure and intimidate young people into carrying drugs over the border. (Vice has since been the subject of a major unrelated investigation by the New York Times about a company-wide culture of sexual harassment and abuse.) 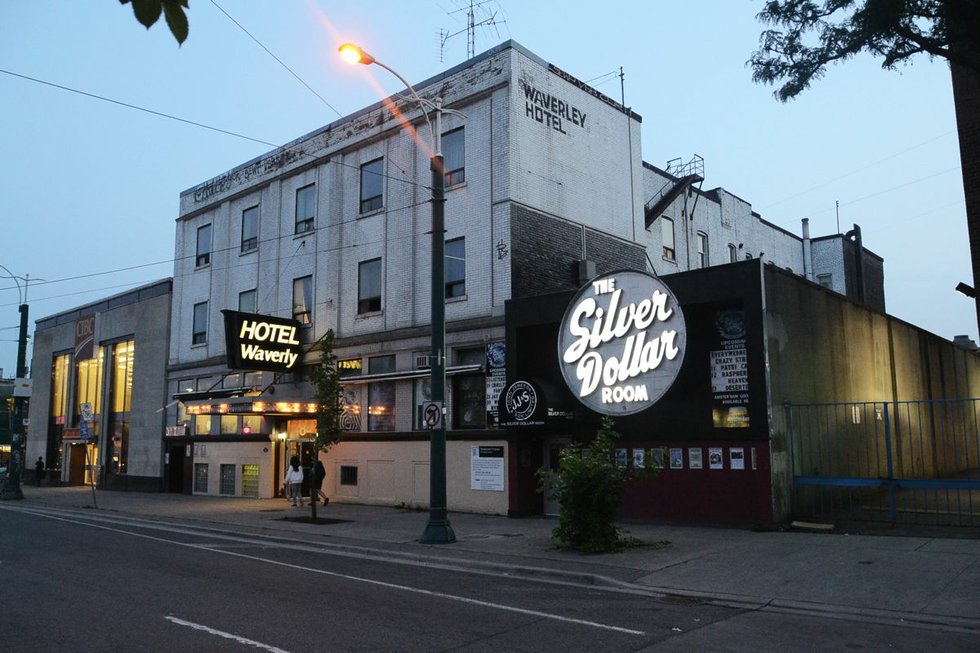 There’s been a recent political push to recognize Toronto as a “music city,” but that can’t just be a sales pitch – we need physical spaces for artists to play and develop, for communities to grow and scenes to sprout from. So it’s been scary to see venues dropping due to gentrification and rising commercial rents, from clubs like the Hoxton to historical institutions like the Silver Dollar to much-needed queer spaces like the Steady, the Holy Oak and Less Bar (which is currently on an indefinite hiatus after operating for only three months).

The Toronto Music Advisory Council and various offshoots have sprung up to address the issue, which has even elicited comment from the mayor, but they move slowly and this problem feels urgent. Should the city lower commercial rents for venues? Should venues rely less on alcohol sales? Should we start shows earlier? We need solutions, and quickly.

While some venues struggle, a couple of older spaces are doing what they can to alleviate the problem. The 100-year-old Concert Hall reopened in the former Masonic Temple in the summer, reminding us of its vast history (including a huge hip-hop legacy). The Horseshoe, an iconic rock (and country and punk) venue if there ever was one, spent the year celebrating its 70th birthday with a major music series. In other years it could have felt indulgent, but even a monolith is vulnerable and now feels like a good time to appreciate what we have.

The El Mocambo, which has been closed for seemingly a million years, was slated to re-open this summer with a massive renovation under new owner Michael Wekerle (of Dragons’ Den fame). That has not happened yet, but the venue did launch a record label. So that’s… something? And Massey Hall, as part of its massive federally funded renovation, will include two new venues for up-and-coming musicians, a welcome addition in that Yonge-adjacent strip. Unfortunately, that also means the venue will be closed between July 2018 and September 2020.

A bad year for festivals – the big ones, at least

When it launched in 2015, WayHome felt like the the Coachella-style mega-fest the GTA has always craved, but the Oro-Medonte camping festival only lasted three years before calling an indefinite pause after this summer’s edition. It was another nail in the coffin of a briefly flourishing festival culture that has, in the last couple of years, also lost the Toronto Urban Roots Festival, Bestival, TIME Festival, Riot Fest, Mayhem and others. After a noticeable drop in attendance in its second year as a destination-style festival at the Port Lands, NXNE has pulled back and announced it will revert to its classic club-hopping format in 2018.

And yet, this year saw the successful and energizing launches of Venus Fest and New Constellations. And more DIY-focused and scene-embedded festivals like Not Dead Yet, Kensington Market Jazz Festival and TONE – which aren’t as reliant on “activations” and branded experiences, huge sponsors to satisfy or massive fields to fill – have flourished on their own terms.

The outdoor concert season was struck another blow when unprecedented flooding in Lake Ontario compelled Budweiser Stage to move or cancel a number of shows. Electric Island was forced to relocate from the island to Woodbine Park, while Camp Wavelength made lemonade and turned its usual island sleepover into a day camp in the city. 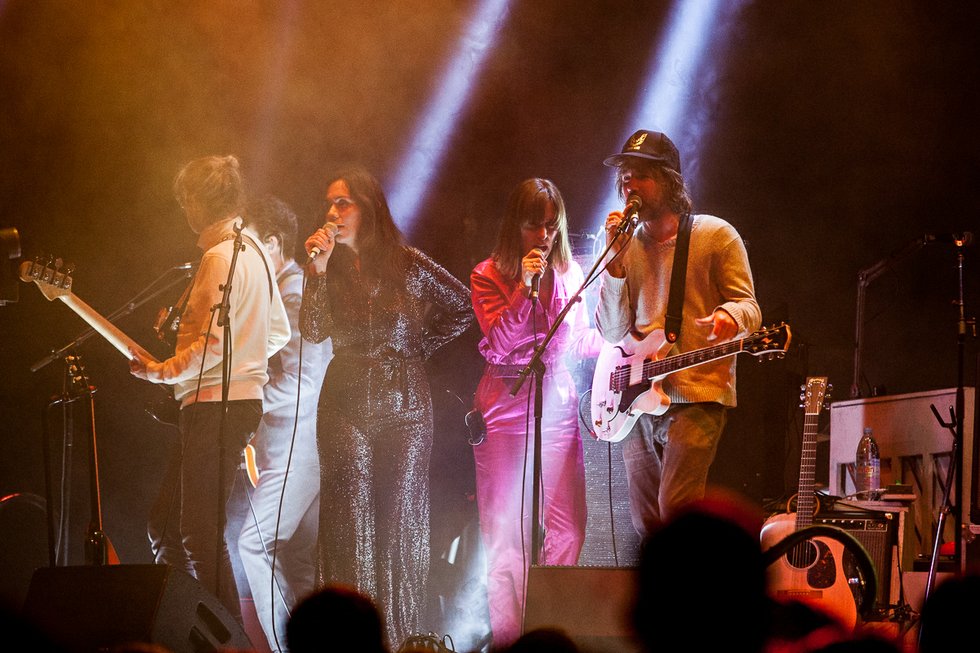 The return of 2000s indie heroes

One bigger festival that didn’t struggle this summer was Field Trip, likely due to its connection to Arts & Crafts and a guaranteed performance from the label’s flagship band Broken Social Scene and its offshoots. BSS was back with new album Hug Of Thunder this year after a seven-year recording hiatus, and the collective’s return also seemed to wake many of its affiliates from hibernation. Feist came back, as did Emily Haines + The Soft Skeleton, Land of Talk, Do Make Say Think and Stars. They returned to a world where their Montreal counterparts Arcade Fire now headline arenas (and got to join them there), which gives that triumphant turn-of-the-millennium indie a bit of a classic rock feel. I could go on about the implications of that, or you could just listen to 2017’s aging scenester opus, LCD Soundsystem’s American Dream.

The prominence of playlists

The album format still seems unkillable, but moving into 2018 you can’t deny the outsized influence of streaming playlists and their curators. Spotify’s star-making RapCaviar playlist, which boasts almost 8 million subscribers, made its way to Rebel as a tour this year and packed the venue with teenagers who knew every word to every Lil Uzi Vert song.

It’s undeniable such playlists (including the Canadian-centric Northern Bars) had a role in breaking hip-hop and R&B stars from Toronto, letting them bypass local gatekeepers on their way to international success. Following in the footsteps of Chance The Rapper, Daniel Caesar’s deal with Apple Music certainly helped pave the way for him to break out in 2017 on his own terms without the help of a record label. Even radio is taking notice. Case in point: Toronto station 93-5 The Move (formerly Flow 93.5), which previously abandoned contemporary hip-hop in favour of a throwback format, returned to playing new urban hits once they could see how much they were being streamed.

You could argue that the role of playlists was once filled by MTV and MuchMusic. But this year, after the CRTC removed Bell Media’s requirement to keep seeding MuchFACT, a fund that has bankrolled hundreds upon thousands of Canadian music videos, the media giant killed the program. Expect to see fewer music videos (or at least cheaper ones) from cash-poor indie bands next year, unless Heritage Minister Mélanie Joly introduces a new alternative.

In January, HMV, once one of the biggest record store chains in Canada, declared bankruptcy and liquidated its 102 stores in the country. Sunrise Records swooped in and took over most of them, banking on vinyl to keep the industry afloat. One store they didn’t take over was the storied flagship on Yonge Street, which once represented a music-buying monoculture that simply doesn’t exist anymore.

That’s not to say record stores are dead. In fact, that flagship HMV’s former manager Derek Antonio opened a record shop called Pop Music in the spirit of the old Yonge store. It was one of three new indie shops to open on Black Friday, including Female Treble, Toronto’s first explicitly feminist record store. And to cap off the year, the Sam The Record Man sign which used to sit on its own Yonge flagship (right next to HMV) finally went up at Yonge and Dundas after a decade in storage, a monument to a time when album-purchasing was not a niche activity. It was at the centre of the city’s culture.