Why get riled up about ironic product placements? 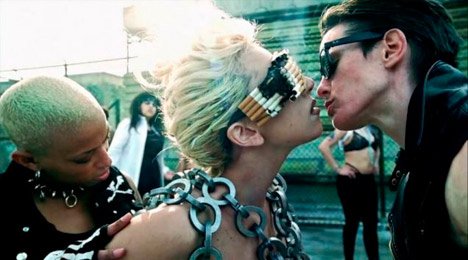 I am not a Lady Gaga fan. In fact, until relatively recently, mentioning her name would provoke me to rant about her representing everything that’s wrong with pop music. However, even I have to admit that the epic (and epically ridiculous) video for Telephone is easily the biggest event in music video history since the debut of Thriller. Actually, I’ll go even further – this is bigger, smarter, and more culturally important than Thriller (cue angry Jackson fan comments).

It’s a game-changer, and it’s forced me to admit that Lady Gaga is much better (and more interesting) than I was willing to give her credit for. This music critic snob will probably be lining up with the rest of the world to get tickets to her July 11 show at the Air Canada Centre when they go on sale March 19.

At 15 million Youtube views (and rising) since last Thursday, you’d pretty much have to be in a coma to have escaped the commotion it’s caused. Strangely, most of the controversy that it has inspired is not due to casual nudity, the rampant lesbianism, the mindless violence, the foul language, the skimpy outfits, or the shameless quoting of iconic films, but rather the heavy-handed product placements. 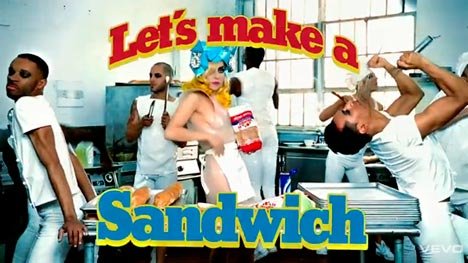 Really? This is how the supposed “serious” music press interprets all those long close-up shots of brand names? C’mon – they’re so deliberately done that I can’t imagine anyone reading it as anything other than parody, but here we are. To be fair, there are several product placements that she’s obviously getting paid for, but do you really think she wasn’t approaching it all with tongue planted firmly in cheek? If you’re going to miss the point, why not go all the way, like the conspiracy theorists that claim she’s a puppet of the Illuminati.

When brands pay to get airtime, they usually like it to be subtle and seamless, and generally prefer not to be connected to lesbian killing sprees and prison sex. The VP of dating site Plenty Of Fish has already admitted to being nervous about their appearance, as they had no creative input, and didn’t know how they’d be portrayed. And while they may have paid for their screen-time, many of the products were inserted without even the consent of the companies (Wonder Bread and Diet Coke, to name a couple).

Even when I hated Gaga, it was always fairly obvious that she’s making pop music about pop culture. Sure, she’s not saying anything outright like an earnest protest singer might, but she’s clearly trying to say something (even if we can’t always figure it out). You may want to check your sarcasmotron if you somehow thought Gaga didn’t mean for all those product placements to jump out awkwardly like they did.[rssbreak]