NOW MagazineMusicFeaturesIn memoriam: Genesis P-Orridge tore down the boundary between art and life

In memoriam: Genesis P-Orridge tore down the boundary between art and life 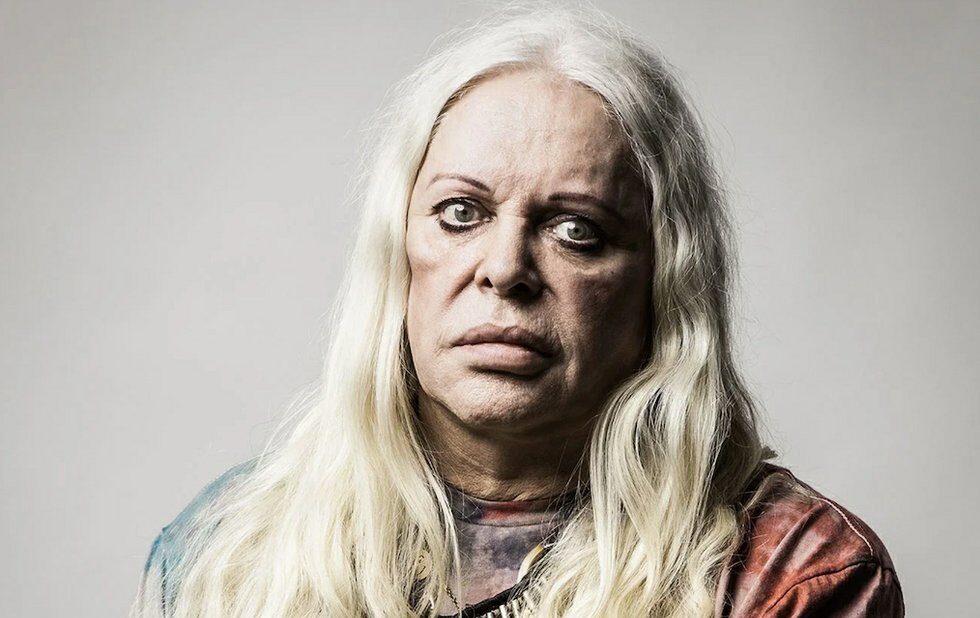 Here’s one of the best pieces of music trivia I’ve ever come across: one of the androgynous models sucking face on the cover of Force It, the 1975 album by British hard rock also-rans UFO, is Genesis Breyer P-Orridge, the experimental musician, occultist and doyen of industrial music, who passed away last weekend at the age of 70.

It’s a good piece of trivia for two reasons. First: it’s what’s considered “pure” trivia. Knowing who one of the models on the cover of a so-so sorta-heavy metal album isn’t likely to profit a person much in life, save for maybe a point or two at a pub quiz. Second, it speaks to P-Orridge’s sheer singularity and plain weirdness within the larger firmament of popular culture. It’s yet another fascinating footnote in the career of an artist who exerted a powerful, sometimes toxic, influence over what might be broadly considered Cool Music.

P-Orridge is best known as the frontperson/animating creative energy behind the pioneering industrial act Throbbing Gristle and, later, the experimental art/music/video/you-name-it collective Psychic TV. Mixing tape and drum loops, minimal synth patterns, caterwauling noise and provocative energy (the first single, Zyklon B. Zombie, took its name from the cyanide gas widely used in Nazi extermination camps) Throbbing Gristle at once set the template for whole swaths of industrial and electro music while consistently subverting it.

Take their 1979 album 20 Jazz Funk Greats. It is, somehow simultaneously, both a pastiche and parody of electronic music forms, from krautrocky motorik lock grooves (Convincing People) to doom-and-gloom ambient textures (Beachy Head, named after the notorious UK suicide precipice, where the album’s famous cover was also shot) to Italo-disco (Hot On The Heels Of Love).

Psychic TV proves similarly plastic and tricky to pin down. The group’s sound shifted with its rotating personnel, which has counted members of Soft Cell, Coil, Current 93 and the Cult, as well as filmmaker Derek Jarman and Timothy Leary, preeminent pitchman of 60s-era psychedelia. The group even boasted its own occultist offshoot, Thee Temple ov Psychick Youth (TOPY), a mix of magic (or “magick”) and postmodernist theory operating at various altitudes of irony.

As an artist and insistent experimenter, P-Orridge destabilized not only conventional notions of music and listenability, but the broader, by-rote history of the counterculture. Deeply influenced by the work of William Burroughs and a longtime friend of performance artist and Burroughs-associate Brion Gysin, P-Orridge’s work short-circuited a boring, traditional, teleological notion of transgressive art in the 20th century – one in which the beats birthed the hippies, who in turn raised the ire of the punks and anarchists. Following from Burroughs’s and Gysin’s distinctly Dadaist “cut-ups,” in which new stories and poems were created from the splicing up and reconstructing existing ones, P-Orridge’s approach to everything from music to magick remixed and remodelled existing sounds, ideas and structures.

P-Orridge saw the history of the western counterculture not as some straight line, or some process of revealing, but more like a free-for-all buffet you could pick and choose from at random: a scoopful of beat poetry, a side of anarcho-politics, a dollop of audio art tape techniques, a soupçon of LSD, a sprinkling of synth-wave, some mishmash of occultism and post-structuralist philosophy, etc.

Industrial music has broadly applied the cut-up technique to musical forms, from Throbbing Gristle through to Cabaret Voltaire and Ministry. But P-Orridge took it many steps further. In 2011, filmmaker Marie Losier released The Ballad Of Genesis And Lady Jaye, a documentary capturing the artist’s attempt to, through a conceptual rethinking of gender and identity and a literal surgical restructuring of the human body, conjoin with their partner. The film followed the couple as they got matching surgeries in an attempt to better resemble one another, in order to dissolve any distinction between the two. It was a process termed “pandrogyny.”

In 2012, as editor of the long-defunct AV Club Toronto, I had the great pleasure of speaking to Genesis about the film, and the whole notion of merging two seemingly discrete human beings into one conceptual form. (P-Orridge – who has long been identified by they/their/them pronouns – was at the time answering to the plural pronoun “we,” in reference to the combined identity of both themselves and Lady Jaye, who passed away in 2007.)

“There has always been a curiosity with this idea of gender and humanity being either/or,” Genesis told me at the time. “The either/or universe is one we’ve always been at war with. William Burroughs and Brion Gysin, with their cut-ups, gave me a tool to break down logical, linear progressions of anything. They worked with film, sound and writing. We took it into the human body, and identity as well. We thought, ‘How do you change the way people behave?’ To change humanity’s destiny for the better, we hope, we have to end violence, intimidation, greed, nationalism and all those other ugly things, which are generated and maintained by the idea of something different being a threat.”

Certainly, you could take issue with this philosophical project to dissolve any ostensible difference between individuals into some homogenous whole. But what was remarkable to me, both then and now, was the extent to which someone could commit themselves to their art. We’re used to famous actors being feted for gaining or losing a bunch of weight in a play for peer recognition. We’re accustomed to the very idea of “suffering” for art, and the corresponding idea that good art is that for which artists have suffered. But Genesis wasn’t suffering. Not obviously, anyway. They were growing. Not diminishing. Their project has been called vain and attention-seeking, which is, perhaps, fair enough. But it struck me as playful, and profoundly romantic. Admirable qualities, in the right doses.

To say that an artist is their art has become something of a debased cliché. It’s usually deployed in reference to the manner in which an artist’s identity and passions are dispersed through a body of work, which can in turn be read as a form of incognito autobiography. But in the case of Genesis P-Orridge, it feels literally true. Not only did they remake their physical body as just one part of a larger artistic and theoretical project. There is, it would seem, no other, hidden self, no “real” Genesis hidden away behind the decades-long scheme of irony, experimentation and subversion. The artist and the art are one, indissoluble.

Depending on your perspective, theirs could be considered a life of dogged commitment to an ideal, or of narcissistic art-trolling or worse. You could see Genesis as little else but a hodgepodge patchwork of provocations, a self-admiring sadist, a motley assemblage of pure trivia. You could see all these things, or none of them, or as something else altogether. Hell, you could very well be not be reading this at all, and have precisely zero thoughts on the matter! Point is: there’s no binary, no either/or. And in that respect, Genesis’s life-work stands, by their own metric if nobody else’s, astounding, and totally exceptional.