NOW MagazineMusicIs vinyl the new black? Not quite yet.

Is vinyl the new black? Not quite yet.

Catl's new album, With The Lord For Cowards. 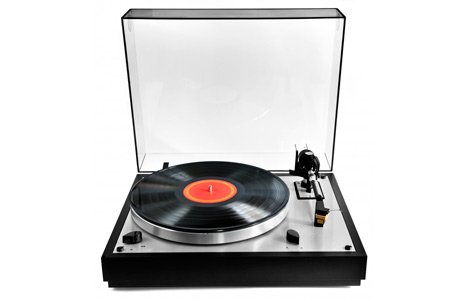 Catl’s new album, With The Lord For Cowards You Will Find No Place (Folk Brand), is their second released primarily on vinyl (with a CD included for easy digital transfer). It’s also their first recording pressed in Canada, at new Quebec plant Rip-V.

For the last few years, there were no facilities here to make new vinyl, but some ink’s been spilled on the subject of a possible vinyl revival. Is the nostalgia-drenched medium really on the comeback trail?

The answer is yes and no.

Vinyl sales are definitely up (up 37 per cent in Canada last year), while CD sales continue their downward spiral (down more than 20 per cent over the same period). Back in the 90s, DJ culture kept the medium alive, but now rock bands have found that there’s a market for limited-edition collectors’ items.

The major labels have latched onto this idea as well, which means the names at the top of the vinyl charts look pretty similar to those on the top-selling CDs.

Before you get too excited, remember that vinyl accounts for only about 1 per cent of all music sold, so even with soaring numbers the totals are very low. No matter how much the medium grows, it will never again become the dominant format for music, nor will it save the ailing recording industry.

Discs are definitely not the only game in town digital downloads are kicking everyone’s ass. Despite all the fuss about the allure of nostalgia and the aura of authenticity that surrounds spinning black plastic, the vast majority of people are quite content that their music is no longer tied to a physical object.

We give the vinyl something, though: it will outlast CDs, which is pretty impressive for a format that was supposed to have died off decades ago.