Kid Cudi straddles difficult line between the mainstream and the underground 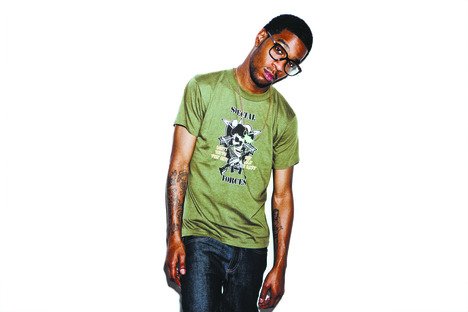 Coming off his genre-blending debut, The Man On The Moon (Universal Motown), Kid Cudi is going through a quarter-life crisis. Like a recent college graduate, the Brooklyn-via-Cleveland rap upstart has some options.

He could continue down the path to hipster glory, wearing skinny jeans, hanging out in Brooklyn and working with MGMT.

He could get back to more straightforward rap – a door he’s already kicked down with a guest spot on Jay-Z’s The Blueprint 3 and with his well-received A Kid Named Cudi mixtape.

Or he could pump out a dance-floor jam like the Crookers’ remix of his hit Day ‘N’ Nite, inarguably the club single of 2009.

But Cudi can’t even pair down his options for his Toronto tour stops, doing a eurodance routine for his Air Canada Centre show with Lady Gaga and then rapping later that night at Kool Haus.

“I’m pretty sure I’m in a world of my own,” says the self-described Moon Man. “Whether I’m just vibing out or whatever, it’s really like I’m in a state of being alone, just chilling.

“I don’t even vibe with other celebrities. I kind of just keep to myself.”

He might consider himself a loner, but his music suggests otherwise. On The Man On The Moon, he works with Gaga, Common, Ratatat, MGMT and Kanye West. And Day ‘N’ Nite, that behemoth of a track that put Cudi on the international map, was given its legs by the Italian DJs Crookers.

The song’s about the perils of too much marijuana, sung in a believable stoner drawl.

Cudi’s other single, the MGMT- and Ratatat-assisted Pursuit Of Happiness, continues on the theme of mid-20s malaise. He recounts stories of chasing satisfaction by over-celebrating, only to be awoken by nightmares of failure.

“It’s a really big track,” he says. “A lot of people are gonna relate to it. And [Pursuit Of Happiness] is deep like Day ‘N’ Nite. It’s really gonna explain some things.”

Lucky for Cudi, he possesses another hallmark of youth: brash confidence.

“No matter where we go all over the world, people know that I’m on some next-level shit. People understand that.”