Tech N9ne defends Quincy Jones’s We Are The World remake 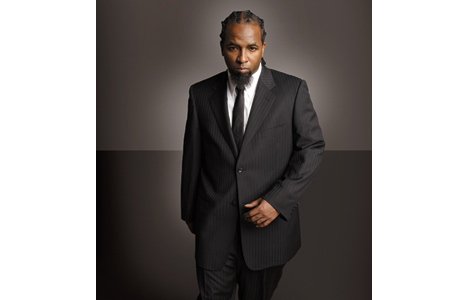 It’s surprising to hear Tech N9ne, one of the most sinister voices in underground rap, praise this year’s We Are The World remake.

“I understand why Quincy Jones did it,” he says over the phone from his hometown, Kansas City.

“By bringing in Lil Wayne and T-Pain, and putting the little Aaron Carter guy [Justin Bieber] at the beginning, he was making it relevant to today.”

You’ll never hear Tech N9ne criticize a Quincy-helmed project. The musical icon mentored the rapper back in 97, when N9ne was signed to Jones’s Qwest/Warner label.

Back then, Q told him something that has guided his career ever since.

“He said, ‘Rap what you know, and people will forever feel you.'”

His gun-referencing moniker has prevented him from getting much airplay, so Tech N9ne hasn’t thrived in the major label system. But going independent allowed him to stay true to Quincy’s advice.

His songs are brutally honest tales of pleasure and pain, rattled off in his rapid-fire flow. He’s made symphonic anthems about the dark side of Midwestern America and chronicled his mother’s distressing bout with cancer.

According to Tech N9ne, Kansas City is more gangsta than you think

Tech N9ne breaks down his dark, twisted, and three-dimensional world

On working with Three 6 Mafia

Tech N9ne is excited for his upcoming cross-Canada tour

His video for Leave Me Alone

His symphonic Kansas City-anthem Welcome To The Midwest