Return of the Juno dark horse

Juno nominations are out. But what's with the Nickelback category? 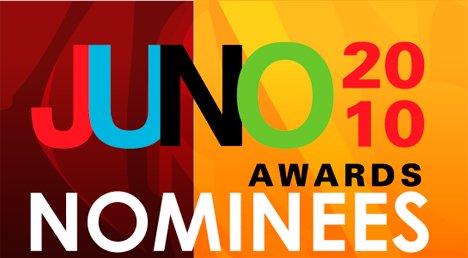 The nominees for the 2010 Juno Awards have been announced, and it looks like this year torch crooner Michael Bublé will be cleaning up, with a grand total of six nominations.

That’s one more than Nickelback had last year, for those keeping track. Our first reaction was that Bublé is a bit bland to be representing Canada in this way, but considering the history of the Junos, it could be much worse (for example, Nickelback).

The other artists up for multiple nominations are Drake, Billy Talent, and Johnny Reid (all of them with 4 each), and while cynics might describe those choices as boring, at least we’re seeing a good representation of genres among the frontrunners. Seeing jazz, hip-hop, punk and country way out in front of generic pop/rock is genuinely refreshing, even if all the contenders are doing very pop versions of their respective styles.

There is, however, one dark horse on the list. Remember how embarrassed most of us were that Nickelback ruled the Junos last year? We were looking forward to a Nickelback-free Junos this year, but somehow, they’ve still managed to get two nominations. The first is the Fan Choice Award, which we’ll concede they should be eligible, as they are depressingly popular. The second one, however, caught us by surprise.

Somehow Nickelback’s 2008 album Dark Horse (the one that cleaned up last year), is nominated for yet another award this year – Rock Album Of The Year. What the fuck? How is that even possible? Didn’t they already have their chance?

Turns out the band-we-love-to-hate found themselves a loophole. Because Dark Horse was released within the narrow window that qualifies it for both 2009 and 2010, they’re allowed to resubmit it for categories it was not nominated in previously. Seems like they really like their awards.

Two thoughts on this bizarre situation:

There are enough good rock bands in Canada that the Junos shouldn’t feel the need to pad out the list by allowing double-dipping. Give some other bands a chance.[rssbreak]