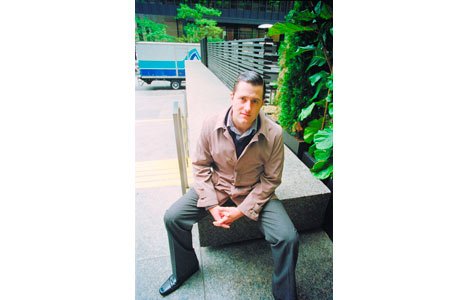 Ben Gunning has never worked the cruise ship circuit. Nor has he ever been on a cruise.

Yet Mal De Mer (Zunior), his ambitious new genre-bending concept album, tells the tale of a young cruise ship employee who grows increasingly disillusioned with life on the ship.

“I had to make assumptions,” says the Toronto-based Gunning with a laugh. “But if you read the lyrics, you’ll see that it’s not a depiction like ‘I woke up and went to this side of the boat.’ [The ship provided] a convenient set of metaphors that I used to get my point across.”

And the “point” in question is a heady one. Written in meticulously rhymed prose and sung in Gunning’s distinctive taut falsetto, the lyrics vividly depict a godless, unnatural world full of societal alienation and frivolous entertainment, and its effect on the protagonist’s spirit.

All of this is set to equally ambitious, and nearly unclassifiable, music that combines jazz, R&B, hip-hop and prog rock, something with which Gunning’s earlier work with 90s Montreal indie rockers the Local Rabbits also flirted.

“I enjoy challenging harmony, be it denser chords or chord progressions that aren’t predictable,” says Gunning, a formidable guitarist. “But I try to season some of this compositionally ambitious stuff with accessible elements, like R&B and strong rhythms.

“The songs follow the pop form for the most part. I use that form to get away with stuff that’s not typically put into it.”

Gunning, whose band includes drummer Robin Buckley, bassist Doug Friesen and multi-instrumentalist Dafydd Hughes, admits it’s a painstaking songwriting process. It’s been five years, after all, since his solo debut. But he wouldn’t have it any other way. Most modern pop music, he argues, isn’t trying hard enough.

“I’m not a pop music historian or expert by any means,” says Gunning, “but once the whole punk and new wave thing became accepted, instead of being this exciting revolt against the music industry, it turned into an excuse to put forth some relatively uninventive music.

“I don’t want people to think I don’t like music that falls into those categories. But when I hear polished pop punk that comes out now, to me it has no value. Compositionally it’s useless. Production-wise it’s not aggressive. Lyrically it’s meaningless. It’s not really serving any cultural purpose.

“But I also think I’m a bit of a curmudgeon.”

On merging his influences, including jazz and pop:

On his decision to balance playing music with working a full-time day job: