The evolution of Lady Gaga 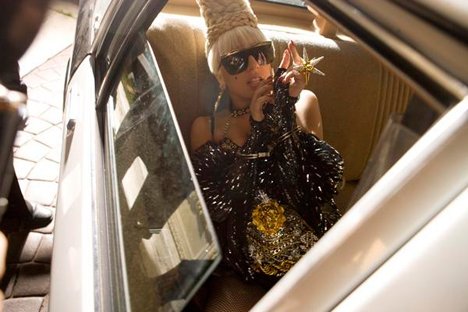 To get to know the girl behind the flame-throwing bra, just type Lady Gaga into YouTube.

It reads like an FBI file of mysterious previous lifes and various disguises.

To start, here’s Lady Gaga, or rather Stefani Germanotta of Yonkers, performing at a club in Greenwich Village almost four years ago.

This would have been during stage-one of Gaga’s rebellious phase. She dropped out of NYU, moved away from home and started playing in places like The Bitter End before starting a pop/burlesque show aptly titled The Ultimate Pop Burlesque Rockshow.

Before all that though, she actually did pretty well at NYU’s Tische School of the Arts.

See the resemblance? Me neither. But it does lend a level of authenticity to what she’s doing now. That and details like her name’s ode to Queen’s Radio Gaga.

Some where in between the last video and this next, she went from Sarah McLachlan soft tones to American Apparel brunette then to platinum blonde oversharer – “performing” in restaurants and wearing Kermit the Frog dresses.

If that didn’t bring you up to speed, this should have you scratching your head long enough to forget about the first two incarnations of Gaga.