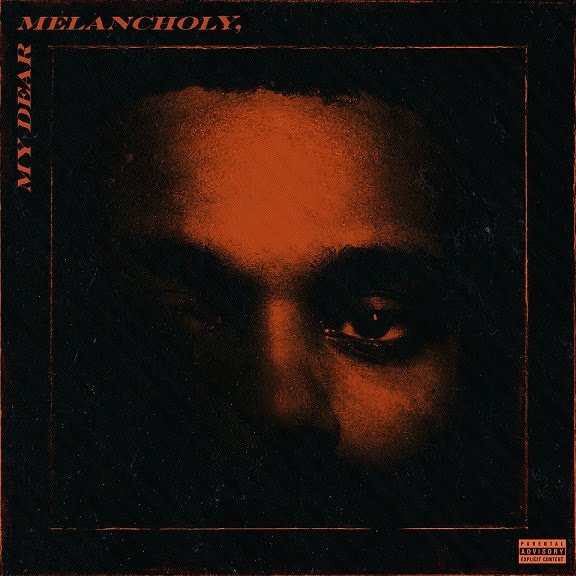 It’s a long weekend and we have a set of songs to distract you from your Passover seder or Good Friday fish – a batch of new Toronto songs and videos that you’ll really really really like, from a shot-for-shot remake of Carly Rae Jepsen to an ode to raccoons. Also, the biggest release of the week: the Weeknd’s surprise EP My Dear Melancholy.

Highlights from this week include:

A jangly, folksy little number from the ever-consistent Jerry Leger, who’s playing the Burdock on March 31.

A new one from Hard To Kill, who were on our Toronto musicians to watch: hip-hop edition.

Check out the #NOWplaying Spotify playlist below, and subscribe here for a new one every Friday.

The Weeknd’s new My Dear Melancholy was hyped as a surprise album, but turns out it’s a six-song “project” rather than a full length. That suggests it’s a minor release between major pop smashes and soundtrack placements, but for day-one fans of the Scarborough singer that is probably good news. The EP marks a partial return to the dark and downbeat R&B of the mixtape trilogy that made him such a vital voice in the first place

It turns out the EP is a mix of his early Toronto period and his current top-of-the-charts LA period. It’s co-executive produced by Abel Tesfaye and Toronto producer Frank Dukes, but also features production contributions from  big names like Guy-Manuel de Homem-Christo (of Daft Punk), Mike WiLL Made-It, Gesaffelstein and Skrillex.

Of the six songs, Wasted Times best encapsulates My Dear Melancholy. Tesfaye is jealous and heartbroken over a specific celebrity relationship (the allusions are there if you want to get TMZ about it), but rather than numb the pain with loft parties, benzos and nihilism, he laments his own vulnerability. He’s caught feelings, and he hates it. There’s still traces of that old Weeknd (“the sex will get you high with no other substance,” he sings), but with help from Skrillex his heartbreak could turn into a pop hit.

Have you ever watched Carly Rae Jepsen’s infectious Tom Hanks-featuring video for I Really Like You and thought, it’s good, but I’d like to see a DIY shot-for-shot remake starring a member of Schitt’s Creek in heavy Hanksface prosthetics over an emo/power pop cover? Little Junior have answered your prayers with their sweded version of the CRJ funfest starring an unrecognizable Annie Murphy in the Hanks role. Little Junior have signed to Royal Mountain for their debut album Hi (out May 11), and so the joyous video is filled with cameos from local indie rock familiar faces like Peter and Leah from July Talk and Menno from Hollerado, plus a bunch of other little easter eggs. The original is a sugar rush, and this is whole other kind of sugar rush. You can watch them side by side here.

The wicked fun video comes with this message: “Any money we get from covering this video by the flawless Carly Rae Jepsen is going to Youth Line, a youth-led organization that provides peer support for LGBTQ2 youth in Toronto. It’s a great cause and we feel we have a responsibility to use our privilege to give back to our community. To our LGBTQ2 family and friends: we see you, we’re here for you.”

Little Junior play the Garrison on May 25 and Royal Mountain at Rasberry Farm on September 2.

Blimp Rock can seem more like a high concept parody of a band than a band – they’re the folks who threatened to sue the Blue Jays and then threatened to sue Arcade Fire for launching a fake lawsuit – but there’s some legit songs under the stunts. Raccoon Nation 2, from their 2017 album Soap Opera, is a relatively straightforward ode to Toronto’s biggest nuisance/entertainment source. There’s a storyline to the video, which is debuting here, but the song is one of those old-school tracks that doubles as instructions for a dance craze – think the Twist or Rock Lobster – and at 1:20 you can see a couple of guys in raccoon-face visualizing it. There’s no real subtext or high-concept stunt they just love raccoons. “Toronto would be duller without them,” says singer Peter Demakos.

The gentrification of Regent Park is frequently in the news, but the east-end neighbourhood’s old landmarks – the bricked social housing apartments, Filmores strip club, the Dollarama on Sherbourne – are what director King Bee’s camera focuses on in rapper Lil Berete’s Northside video. A sombre guitar riff and the rising MC’s raspy melodies and gritty lyrics only further undercut the city’s new condo sheen. Much of the Toronto rap that has gone mainstream has mined suburban alienation and ennui, but artists with tougher, downtown-centric narratives haven’t broken as big. If Lil Berete keeps releasing singles as assured as Northside, that could change.