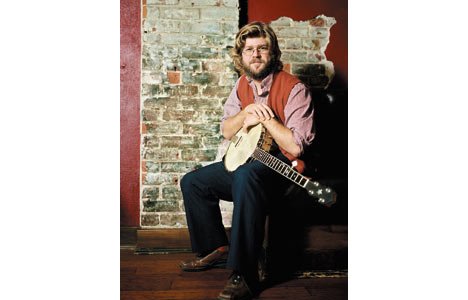 Chris Luedecke knows a thing or two about being an outsider.

When kids his age were picking up electric guitars, he reached for the banjo. When they started leaving their rural towns for big cities, he left Toronto, his hometown, for tiny Chester, Nova Scotia, where he’s lived with his wife for the last five years.

Now, while others attempt fresh, edgy sounds, the 33-year-old calls himself Old Man Luedecke and lets his love for Woody Guthrie shine through.

It’s an approach that’s working. His last album, Proof Of Love, earned him a Juno for best roots solo album. Next comes My Hands Are On Fire And Other Love Songs, a “swift-moving collection” of 11 songs set for release March 30 on Black Hen.

“Proof Of Love was an emphatic, almost missionary statement of desire for hope to triumph,” Luedecke explains. “This album still has that, plus songs for outsiders, an Icarus theme and hope for a meaningful individuality. Playing the banjo, it’s hard not to be an outsider, even with a Juno.”

“They really kick a lot of ass,” Luedecke says. “The Palace Is Golden” – a touching song about infertility sung in Luedecke’s sincere twang-free style and fuelled by his deft banjo-plucking – “never sounded like an eastern European Tom Waits-like wedding song until we got into the studio.

“It was just a heartbreaking song sung in a sad and sincere way. Now it swings as it breaks your heart.”