NOW MagazineMusicThrow us a Redbone

Throw us a Redbone 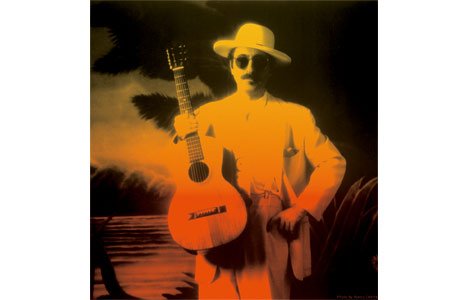 Writing about Leon Redbone is challenging, to say the least. You can’t compare his reinterpretations of early 20th-century songs to anyone else’s, simply because he’s one of the only living artists playing them.

You also can’t say much about him as a person, because ever since Bob Dylan discovered him in Toronto in the early 70s, he’s managed to keep his entire private life a complete mystery.

Even in this Internet age, few hard facts are known about the enigmatic man in the panama hat and dark glasses. Nobody knows what nationality he is, what his real name is, whether he’s married, when he was born (somewhere between 1929 and 1951) or anything unrelated to his music. Hell, we couldn’t even get him to tell us where he was calling from.

“I don’t have a home,” Redbone says in a lazy drawl. “I’m on the road, more or less. You can make anything up. I wouldn’t know anyway.”

He’s an expert at dodging questions, often resorting to rambling non sequiturs if the conversation veers too close to his personal life. He is, however, willing to talk about why he refuses to talk about himself.

“Other musicians are basically personalities who want to make a name for themselves. All I do is sing old songs in the best way I can. What else is there to know? If you were a blacksmith, what would people need to know about you other than whether you can make a good horseshoe?”

As frustrating as his reclusiveness is for journalists, it’s an effective way to turn the conversation back to music. Redbone has built up a dedicated cult following by reworking early blues, minstrel music, vaudeville, jazz and Tin Pan Alley songs into a unique sound that evokes an alternate-reality version of the past.

And because of the commercial jingles and television theme songs he’s recorded over the years, his sleepy mumble is instantly recognizable. This commercial work, which includes a duet with Zooey Deschanel during the closing credits of Elf, also helped him build a music career outside of the traditional record-label machine.

“I got out of the music industry many years ago. I had a charlatan for a producer who I wanted nothing to do with. He’s dead now, so I guess I can’t beat that horse any more. It left a very bad taste in my mouth, so I just went on about my business doing what I do and not involving myself with record companies, except for distribution.

“Those days are gone, though. The whole business has changed. I haven’t made a record in 10 years, and since then, most of those people are dead, out of business or broke. The whole process is different now. You can still go into the studio and spend money to make a record, or you can buy yourself a couple of machines and put the thing out yourself.”

“As the decades go by, the likelihood of me becoming fascinated by anything that’s been going on in the last half-century would be a somewhat cautious ‘no’.”

Leon Redbone responds to the controversial issue of reclaiming minstrel songs that were traditionally performed in blackface.

Redbone gives some hints of what to expect this week at Hugh’s Room.

Redbone responds to the legend of his skills as a pool player, and his memories of Toronto.