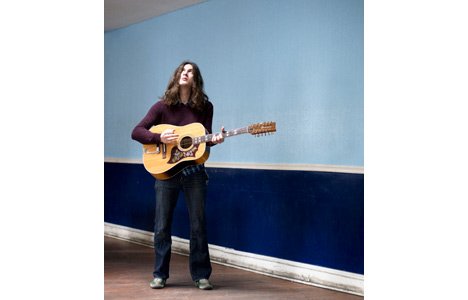 Don’t let his untamed hair or laid-back demeanour fool you – Kurt Vile is a consummate professional. After all, this is the guy who titled his albums Constant Hitmaker and Childish Prodigy… and meant it.

“I like the idea of hit songs,” Vile confesses. “I’m always aspiring to write a great hit.”

Considering the route he took to get to where he is, it’s difficult to consider the Philadelphia songwriter a careerist. Starting with a stream of home-recorded, self-released CD-Rs, Vile’s solo work eventually gathered enough underground buzz to attract the attention of indie super-label Matador, who gave 2009’s Childish Prodigy a wide release.

“It’s always been one of my favourite labels, so I’m really stoked to be on it,” says Vile. “Maybe people rooted for me a little more when I was in the underground, but this is right where I want to be.

“I want to be able to make a living off my music, but I also want it to be quality. I may be backed by Matador, but I’m still doing things my own way.”

“I never said, ‘I’m just going to do all this DIY stuff and record at home,'” he says. “I did that for so long because that’s what I had to do.

“Some people say, ‘Oh, it’s not cool unless you can’t hear it.’ But when I think about all the great records I grew up listening to, they were recorded really well. Recording in low fidelity can add a cool effect, but it’s not all about that lo-fi sound. It’s about the music.”

Although he’s grateful for the push from tastemakers like Pitchfork, Vile is attuned to the transience of hype.

“I don’t mind buzz as long as it’s not empty. There’s only so much that’s real and so much that’s hype. I’m just going to keep doing what I’m doing and evolving over time. Hopefully the buzz will still be there later.”