Vancouver Olympics: the good, the not-so-good, and the regrettable 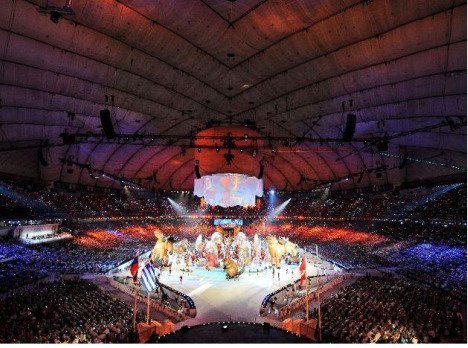 A look back at the moments that shaped the 2010 Vancouver Olympics.[briefbreak]

Worst part All the CTV manufactured “national pride” and talk of these Games being Canada’s coming out party. Funny thing. Didn’t see too many brown faces in all the rah-rah Canada revelry.

Most predictable Canada’s gold medal win over the U.S. in hockey – we were supposed to take gold, right? About all that flag-waving that spilled into the streets afterward. Will the Canadian public be so embracing when the next soccer World Cup celebrations clog Little Italy, or will there be the usual wanking about noise and traffic? Just askin.’

Most inspiring Joannie Rochette’s bronze medal skate in women’s figures. For all the blah, blah, blah about winning gold and owning the podium, Rochette’s story is pure Canadian – quiet determination in the face of personal tragedy.

Weirdest The too many shots of The Great One, Wayne Gretzky, chumming with the PM. Now we know Wayner’s a Tory. Eew.

Most overblown The kerfuffle over the supposed paucity of French, our other official language, during the Games’ opening ceremonies. Blame the IOC. French is supposed to be the official language of the Olympic movement. Wait. I take that back. That tongue-twisting mess coming out of VANOC head John Furlong’s mouth just now wasn’t French, was it? Take a lesson.

Most curious Olympic cauldron that looked conspicuously like giant reefers.

From the men will be boys file Attempts by certain members of the sports media to make curling sexy with all the heavy breathing over team Canada women’s skip Cheryl Bernard, dubbed the curlgar of the Games. One too many Saturday nights alone in wood paneled basements for these scribblers.

Cheesiest display That CTV gathering with Canadian medal winners Sunday morning. Let’s all hold hands and huddle around the piano for another rendition of I Believe. We got up early on Sunday for this?

Most awkward moment The customary screw up at the “God keep our land” part during the singing of the national anthem after every gold medal win.

So typical All the ragging in the British press about what a mess Vancouver had made of the Games – barely three days in. And the God awful flogging of Olympic memorabilia like one bad K-tel commercial after another. Get your commemorative hockey coins now.

Easy to forget The cost of security for these Games, more than $1 billion, almost surpassed what it cost to build of all the Olympic venues combined.[rssbreak]