An Evening With Patti LuPone And Mandy Patinkin 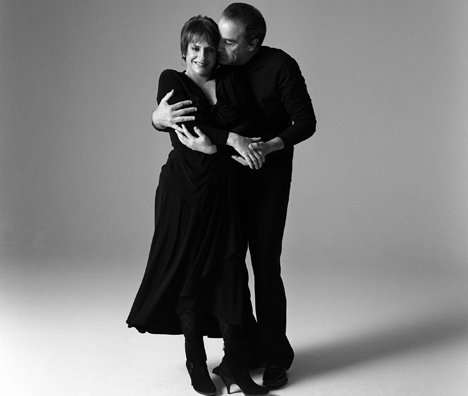 The musical isn’t the subtlest art form. Characters tend to break into song when they’re feeling passionate about something. So it’s no wonder that Patti LuPone and Mandy Patinkin, two of the most passionate performers around, burn up the stage in An Evening With Patti LuPone And Mandy Patinkin at the Royal Alex through the weekend.

If you love musical theatre, you need to see this show, a nearly unbroken two hours of Broadway songs, with snatches of dialogue and even a dance number or two thrown in for variety.

Conceived by Patinkin and Paul Ford (who also accompanies them on piano), the show doesn’t waste time on casual banter, Toronto shoutouts or backstage anecdotes – although, with their resumés, they could easily fill up an entire show with entertaining stories.

Music and drama dominate the show. Richard Rodgers & Oscar Hammerstein II as well as Stephen Sondheim are the composers of choice. Among the many highlights are two compressed scenes from the former’s South Pacific and Carousel, and one medley from the latter’s Merrily We Roll Along.

It’s in these extended sections, minimally but suggestively staged, that the two performers demonstrate their acting skills. LuPone scales down her natural authority to play two R&H different ingénues, while Patinkin totally convinces as an un-French Emile De Becque and carnival barker Billy Bigelow. The songs here grow organically from the text. And if there’s a more elegant, impassioned yet less stagey performance of Some Enchanted Evening than Patinkin’s, I don’t know it.

Elsewhere in the program, unusual songs rub up against each other to create new meaning. LuPone’s appropriately frenzied per for mance of the difficult patter-song Getting Married Today is interrupted by Patinkin’s soulful rendition of Lov ing You Patinkin’s glorious ode to bucolic bliss, Somewhere That’s Green, sets us up for LuPone’s fine take on In Buddy’s Eyes, about a wo man’s response to domesticity.

The two stars get individual moments to shine. LuPone closes the first act with her big number from breakthrough role Evita, while Pa tin kin drags out every vaudeville shtick gesture for a show-stopping turn from Follies.

Some might complain that LuPone isn’t in the same league as Patinkin. She’s got vocal mannerisms, little tricks to help her reach and hold notes, and she doesn’t always connect to the lyrics’ meaning. But she makes up for that in power, stamina and what you can only call charisma.

Patinkin, meanwhile, lives, breathes and understands every note he speaks and sings.

Note: if the lights come up, don’t leave. If you’re lucky, as we were at Tuesday’s opening-night show, the two will return for a pair of encores. No mics. No accompaniment. Just pure music delivered from the heart.