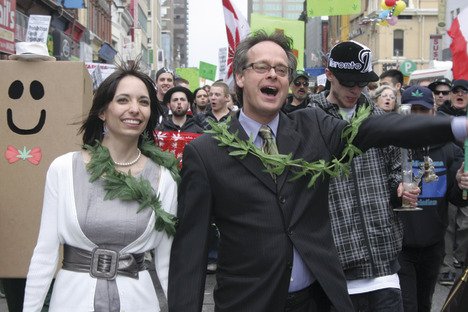 The Prince of Pot, Marc Emery, takes his smoke-filled farewell tour through the Vapour Lounge before heading to the U.S. to serve time behind bars.

Pride organizers keen on cleaning up nudity on the parade route warn enthusiasts to hide their schlongs.

Intense storms blow down and damage hundreds of trees across Toronto. Environment Canada is blasted for being slow to warn people to take cover.

The Toronto Port Authority announces it’s ditching plans for a $38 million pedestrian tunnel to the Island Airport. Nobody believes plans are completely dead.