Why Doug Ford can’t be trusted to protect the Greenbelt 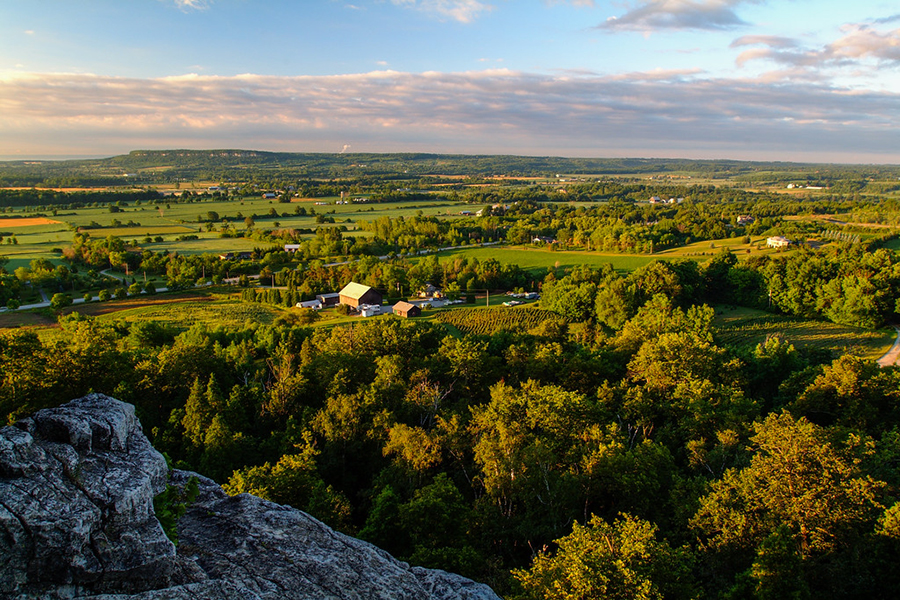 We were expecting big news on Wednesday that the Ontario government is planning to expand the Greenbelt – at least, that’s what the Toronto Star “exclusive” pumped out on Twitter suggested.

But what we got instead was an announcement from minister of municipal affairs Steve Clark that the Ford government will be holding a 60-day public consultation on “how to best expand the Greenbelt.”

The official press statement from the minister’s office says the consultations “could result in the largest expansion of the protected lands since 2005.” That wouldn’t be saying much for a number of reasons.

First off, the government’s consultations are focused on three specific areas: the Paris Galt Moraine, a glacial deposit that stretches from Caledon to Brantford, as well as “areas around the Don River in Toronto and land around Duffins Creek in Ajax and Pickering.”

The latter, not so coincidentally, includes lands that are the subject of a legal challenge filed by environment group Ecojustice against the Ford government after it issued a ministerial order to fast-track development in the area. The Ford government has issued similar orders on some 30 occasions since it came to office in 2018, including recently at the Foundry site in the West Don Lands on Toronto’s waterfront.

Liberal leader Steven Del Duca was quick to pan the government’s Greenbelt announcement. He said trusting the Conservatives with the Greenbelt is like “trusting an arsonist with a pack of matches.”

That may sound inflammatory, but it’s closer to the truth than not given the Ford government’s record on the environment. At the very least, the government’s Greenbelt consultations come off as a smokescreen.

On the Paris Galt Moraine, for example, a private members’ bill tabled by Green Party leader Mike Schreiner to protect the tract has sat in committee for two years.

At the same time as the Ford government is proposing to expand the Greenbelt, it’s planning to build two “superhighways” – the GTA West (Highway 413) and Bradford Bypass – right through it, threatening parts of the Holland Marsh.

Environmental groups have appealed to the federal government to intervene on that and order full environmental assessments.

And while most environmental groups are welcoming the province’s Greenbelt announcement, they also remain circumspect.

Slash and burn on the environment

Just a few months ago, they were condemning Ford for gutting the planning powers of conservation authorities. That move led to the mass resignation of seven members of the government’s Greenbelt Council, including its chair, David Crombie, who described the Ford government’s approach to planning in environmentally sensitive areas as “high-level bombing.”

No doubt. The Ford government tried to sneak those changes through in a budget bill when most people weren’t looking (or otherwise distracted by the pandemic). The public health emergency has provided cover for the Ford government’s slash and burn agenda in a host of areas, most notably the environment.

Last November’s auditor’s report delivered a scathing indictment on the Ford government’s environmental record, noting that it hadn’t even bothered with public input on major projects.

One of Ford’s first acts as premier was to trash the previous Liberal government’s green energy projects. Then Ford took the feds to court over its carbon tax.

What’s the plan for the Greenbelt?

Tim Gray, executive director of Environmental Defence, says “it will be seen as a less than honest effort to balance with good all the bad it has already done” if the Ford government “sticks to including in the Greenbelt only what has been proposed so far” – namely, already protected urban river valleys and farm areas on the Paris Galt Moraine.

Gray says “farms, forests and rivers that are currently threatened by the sprawl [the Ford government] has unleashed through changes to planning rules” must also be part of the discussion.

But developers may already be lining up to have lands they own in the Greenbelt released for development. It’s what happened the last time the previous Liberal government announced plans to expand the Greenbelt in 2017. Some 700 developers asked the province to remove their land from protected areas.

Ford’s too-close relationship with land developers is no secret. Many were behind his leadership win. And Ford has already stated his desire to open up the Greenbelt for housing. He was caught boasting about opening up “a good chunk of it” to development on video in 2018. He said his plan would only mean opening up some areas of the Greenbelt, and expanding it elsewhere.

Except, managing an ecosystem like the Greenbelt is not as simple as removing lands in one spot for development and replacing those lands somewhere else.

New housing requires roads, sewers and water supply lines, not to mention big-box stores to serve them. It’s happened in other parts in and around the Greenbelt where development has turned protected areas into Swiss cheese. It’s why environmental groups have historically called on lands in the Greenbelt to be permanently protected and expanded.

They argue that outside Peel and Toronto, population growth has actually been lower than projected in the GTHA. A 2017 study by the Neptis Foundation found municipalities in and around the Greenbelt have ample room to grow within their borders.

Moreover, protecting the Greenbelt is not just about preserving green space. It’s also about protecting water and our food supply, not to mention the economy and Ontario’s tourism industry. The Greenbelt contributes some $9.6 billion in GDP and supports more than 177,700 full-time jobs.

So we’re back to the question we started with: Can Ford be trusted?

The Ford government is no doubt feeling the heat from its ongoing attacks on the environment – and farmers whose land is being eaten up by sprawl. But its record so far shows that it has been too willing to run roughshod over democratic processes in place to keep developers in check.