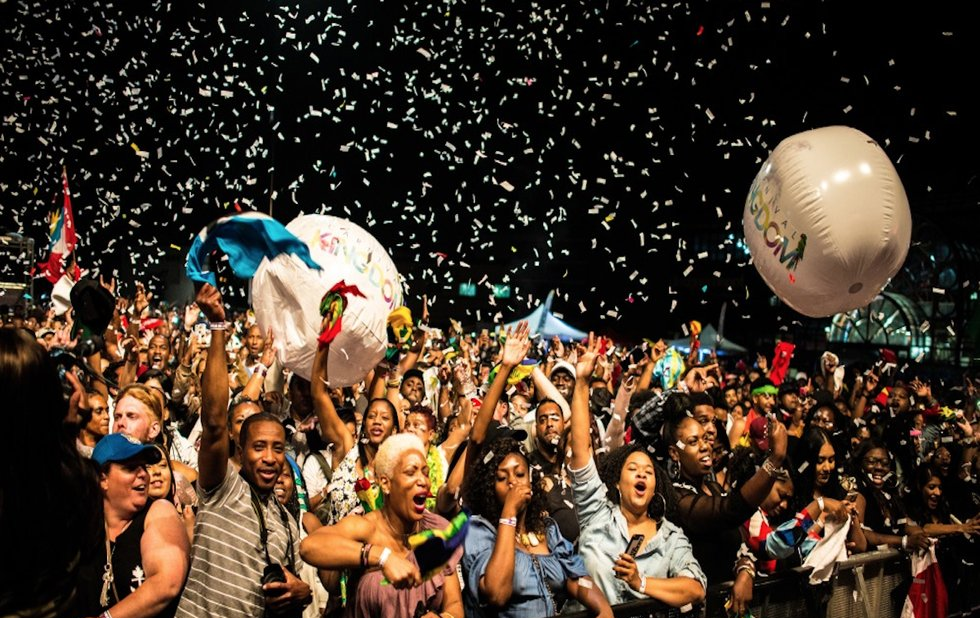 Caribbean-Canadians wait all year for the festival we know as Caribana, now officially called Peeks Toronto Caribbean Carnival. It’s not uncommon for us to put money away for Mas costumes and celebrations, to make arrangements for family coming to carnival from abroad, and to keep an eye out months in advance for tickets to events. One of these events is Carnival Kingdom.

On Saturday (August 4) we expected to be jamming in a crowd of thousands at Carnival Kingdom, calling the Queen of Bacchanal Destra’s name, and singing with the King of Soca, Machel Montano.

Instead, we were met with silence as we waited outside of Improve Entertainment Complex’s outdoor lot after the City of Vaughan revoked the long-standing event’s permit less than two hours before show time, reportedly over noise complaints from the previous night’s show and capacity violations.  The city, however, provided no proof to support this. In fact, Carnival Kingdom event organizers say they were first notified through text message that their permit had been pulled for the event.

The statement released hours later via Twitter by the City of Vaughan was vague, providing no reasons for cancelling the event.

The statement claims that the decision to revoke permits was “made by staff and not directed by Mayor and Council.”

But Ricardo Rowe, a legal representative for event sponsor SOS Fest Inc., says the city’s chief licensing officer Gus Michaels, with the support of manager of enforcement services, Italo Joe Luzi, provided him with a very different explanation. Rowe says Michaels told him in a meeting on Saturday night that the decision to revoke permits was made in consultation with Vaughan Mayor Maurizio Bevilacqua, Vaughan council, police, fire, and paramedics.

We learned that the City of Vaughan had also pulled the permit for Big People Fete, another staple event of the weekend’s festivities booked at the same venue. The city claims a desire to “engage and support our diverse communities” in its Diversity Strategy, but its actions show otherwise.

The way in which Carnival Kingdom was handled demonstrates a larger trend of municipalities being inconsistent in the way they treat and interact with particular cultural events. Vaughan’s shutdown of Carnival Kingdom is reminiscent of the City of Toronto’s 2016 efforts to shutdown Afrofest in Woodbine Park. There, too, there were claims that Afrofest had broken noise and curfew bylaws the previous year. It turned out that the city had received only eight complaints and that the city had not ticketed organizers for any bylaw infractions.

Notably, other cultural events such as Electric Island, Paradise in the Park, and the Beaches International Jazz Festival, also draw large crowds, and play music at loud volumes. However, these are not singled out in the same way as events centered on African and Caribbean culture.

In fact, city officials have shown incredible flexibility with some cultural events, even in crisis situations. In 2017, 30 VELD attendees were rushed to the hospital due to drug overdose. Instead of shutting the event down, the city ensured that paramedics were stationed onsite to respond to anyone in need.

Carnival Kingdom has not historically dealt with the same kind of public health and security concerns. Rather than call for this component of the festival to be shelved, why did Vaughan officials not work with our communities to find a solution?

Each year on the first weekend of August, the Caribbean festivities light up the City of Toronto and region, turning it into a major hot spot in all of North America. The events attract people from around the world and bring in about $400 million in tourism revenue making it a major economic driver for the city.

As both internationally-acclaimed soca artist Machel Montano and DJ Dr. Jay de Soca Prince have said in interviews, Caribana has always been about unity and inclusion.

Indeed, every year thousands of non-Caribbean people hit the road to play Mas and fete alongside us. As Caribbean people, we welcome everyone to join the festivities in the spirit of respect and unity. Our governments are failing to reciprocate these sentiments.

Despite the hype and media surrounding carnival, Vaughan’s decision clearly illustrates that racialized people are still disrespected by some of the same communities who claim to love our food, music, and dances.