What to watch on Jesus Christ's birthday 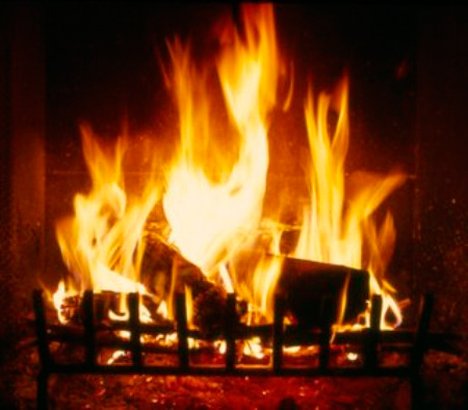 Stuck in the ‘burbs with the ‘rents and no internet or game console? Here’s the highlights of the festive day’s TV offerings.

THE YULE LOG The next best thing to roasting your chestnuts on an open fire: a three-hour loop of a blazing hearth. 6 am on A (20)

SANTA WITH MUSCLES (dir: John Murlowski, 1996) No, that’s not the after-effects of six eggnogs and half a bottle of Benelyn. The quality of the VHS movies aired on this re-branded Hamilton station are so poor, virtually everything’s a blur. That’s Hulk Hogan as a muscle-head who thinks he’s Santa lurking in the murk. 9:30 am on CHCH (11)

THE HOUND OF THE BASKERVILLES (1939 dir: Sidney Lanfield) Tying in to Guy Ritchie’s re-imagining of Sherlock Holmes with Robert Downey Jr, the movie net broadcasts a 24-hour marathon of all 17 of the films based on Conan-Doyle’s legendary detective starting with Basil Rathbone’s definitive portrayal of the sleuth of Baker Street. 8 pm on TCM (48)

TRAILER PARK BOYS’ CHRISTMAS SPECIAL This prequel to the series finds Julian, Ricky and Bubbles in the holiday spirit. 9 pm on Showcase (39)

AND ON SATURDAY DECEMBER 26…

MAD MEN The inaugural 13 episodes of the stylish drama set in the world of 60s advertising’s first season. 10 am on Bravo (40), continues 11 am Sunday. A season two marathon begins at 11 am on Saturday January 2nd and concludes at the same time Sunday January 3rd.
TOP CHEF An 18-hour marathon of the first series of Project Runway of grub. 10 am on Food (56)
JERSEY SHORE The first four – and so far, only – episodes of the highly contentious reality series set in a New Jersey beach town. 11 am on MTV
ANTHONY BOURDAIN: NO RESERVATIONS The irreverent NYC restaurateur and author of Kitchen Confidention travels the globe in search of extreme cuisine. Six back-to-back episodes from 2005. Midnight on Discovery (42) [rssbreak]