A pandemic is no time to be hyper-partisan, but deputy mayor Denzil Minnan-Wong saw to it that last week's budget debate ended in the crapper 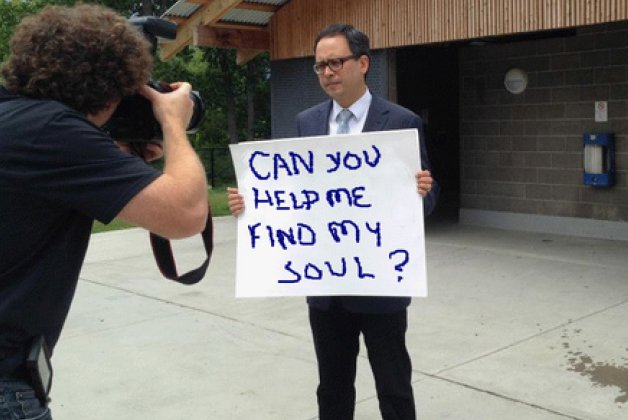 Mayor John Tory is distancing himself (sort of) from remarks made about the homeless by his handpicked deputy Denzil Minnan-Wong.

During council’s budget deliberations last week, Minnan-Wong offered in a debate on opening more washrooms in public parks that the move would encourage homeless people to set up encampments. And that’s the last thing, the Don Valley East councillor says, his constituents want to see while they’re outside enjoying the great outdoors.

Councillor Mike Layton described the comments as “ugly.” Layton called on Minnan-Wong to apologize – or resign his seat as deputy mayor because “our city deserves better.” Layton is right about that. A pandemic is no time to be hyper-partisan (or small-minded).

In an email response to NOW, Don Peat, Tory’s executive director of communications and strategic issues management, did not say whether the mayor had spoken directly to Minnan-Wong about his comments. He offered instead that the mayor “was very clear during Thursday’s debate that he supports the work underway to expand washroom access in parks for all Toronto residents.”

He adds that “under the Mayor’s leadership, we have been able to keep more park washrooms open this winter than ever before.”

If you haven’t heard, Toronto has a shortage of public washrooms. Most of those in parks were built decades ago and unusable during the winter. The city has set out to remedy that, embarking on a program to winterize park facilities as the pandemic draws more people outdoors.

But Minnan-Wong doesn’t like the idea. He offered city council a parental lesson on that count, saying kids should be taught to go to the washroom before they go outdoors. That leaves out a whole bunch of other people, of course, seniors in particular.

But it’s not the first time Minnan-Wong has got a case of potty mouth. He has a history of histrionics and attacking the homeless, undocumented immigrants, women – he once told former chief planner Jennifer Keesmaat to “stick to knitting” (he later apologized) – and cyclists.

At some point, we’re going to have to talk about some of the questionable people Tory surrounds himself with to carry out his agenda, Minnan-Wong in particular, who is a protege of the mayor’s.

But truth be told, Tory has some explaining of his own to do on the homelessness file. On Friday, the city filed a notice in court asking for an injunction to stop the setting up of wooden structures being built for homeless people in encampments. The structures are being financed through a GoFundMe campaign started by local carpenter Khaleel Seivwright. The city says Toronto Fire had to respond to 253 fires at homeless encampments last year. But housing advocates say people in encampments have little choice – they’re being forced outside because of unsafe conditions in the city’s overcrowded shelters. It’s a vicious cycle.

But at the same time as the pandemic has polarized our politics, it’s also forced cooperation at the city level that we arguably would never have seen if it hadn’t been for the current public health crisis.

There have been strides made, for example, in moving the city’s bike plan forward (despite the fact the city has still yet to account for a huge chunk of cash devoted to the expansion of the bike network last year.) A new pedestrian-friendly vision for Yonge Street north of Sheppard has also been recently approved by council that only a year earlier was defeated. The pandemic has caused most councillors to rethink the way the city does business to ensure more people aren’t left behind.

But for some like Minnan-Wong, it’s politics as usual.

With Jim Karygiannis bounced from council recently for spending irregularities during the 2018 campaign, Minnan-Wong has seemingly decided to take up the role of council clown – or is that bad cop to Tory’s good cop? It’s hard to tell sometimes.

Despite the fact the city is facing a $649 million budget gap, council decided to approve another billion-buck police budget. The city is expecting the province and the federal government to make up the $649 million shortfall. So there was room presumably to think a little bigger this budget go-around.

But while pressure on city revenues has made for tough economic sledding, there would be none of the bold measures some on council’s Left were calling for (like an increase in the land transfer tax on luxury home sales) to set a more ambitious (and sustainable) future course for the city post-pandemic. Council, in fact, ended up passing the lowest property tax increase in eight years.

Of the nearly $14 billion in spending approved for 2021, only some $66 million accounts for new investments – $8 million for youth jobs, mental health supports, Internet access for low-income residents and businesses hit hardest by COVID-19. The budget also includes $1 million for litter pick up and invasive species management in ravines. Some $2.5 million will be devoted to reducing renewal fees for taxis.

They’re all worthwhile investments, but not near what the city could be doing if it wasn’t so timid – or blowing so much money on policing, not to mention the 40 per cent of its 10-year, $44 billion capital budget on keeping up the Gardiner. That’s another story.

Unlike last year, there would be no motion to cut the police budget. But there would be a motion from Layton to study ways of turning over parking enforcement, traffic management and crisis response calls currently handled by police to outside agencies. The motion passed handily with Tory voting in favour.

It’s not a radical proposition. The police service is already reviewing ways to redirect crisis response calls to outside agencies. Minnan-Wong, not surprisingly, was one of four councillors to vote against the motion, trying to cast the debate as an effort to “defund” the police and a downtown versus the suburbs thing.

The outrage is part of a familiar pattern for Minnan-Wong. Too bad his indignation had to serve as the most lasting impression left by this year’s budget debate.