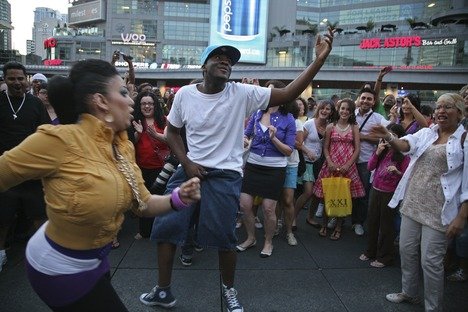 A mass moonwalk at Yonge-Dundas Square is among the spontaneous acts that ripple across the globe marking the death of the King of Pop.

Soaked and stoked. Not even a deluge resembling Noah’s flood could keep pro-pot enthusiasts from turning out by the dozens for the annual 420 march for marijuana.

E-bikes are officially sanctioned by the province to use bike lanes. Deep divisions within the bike community.

Canadian Lesbian and Gay Archives celebrates its move to a new home on Isabella.

Toronto is selected as host city for World Pride 2014. 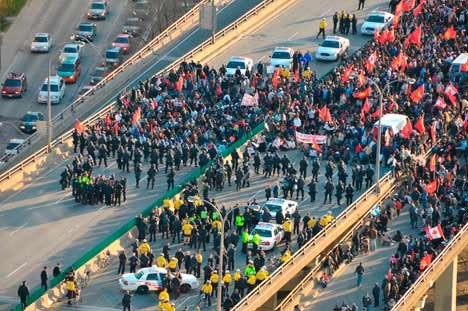 Tamils protesting the war back home take over the Gardiner.