NowMagazineNewsWill we ever see a day when eating meat is socially verboten?

Will we ever see a day when eating meat is socially verboten? 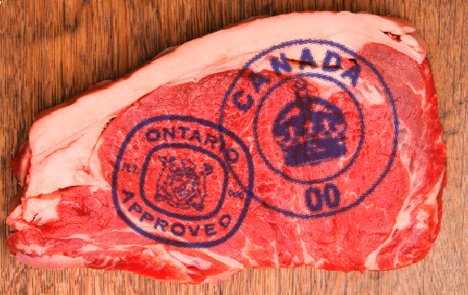 Province says its meat stands up against the feds

When I was 16, I announced to my family that I was going vegetarian. Then, when I was 21 and learned more about the dairy and egg industries, I decided to go vegan.

When I told my mom, her reaction was, “Vegetarian OK, but vegan? Too extreme.” That was eight years ago.

As veganism continues its march into mainstream cultural acceptance with celebrities, fancy restaurants and unicorn valuation companies, what seems extreme at any given time is a relative notion subject to change.

The legalization of gay marriage and cannabis, for example, seemed to many to be extreme propositions 20 years ago. Now both are legal in Canada, while gay marriage is a constitutional right in the U.S. and many states have legalized cannabis.

A 2018 Dalhousie study found that nearly 10 per cent of Canadians now identify as vegetarian or vegan, with those under 35 three times as likely to eat a plant-based diet. South of the border, the number of self-identifying vegans among U.S. consumers has grown from 1 per cent in 2014 to 6 per cent in 2017, according to research firm GlobalData.

Admittedly, the proportion of the population that has adopted a plant-based diet is still small, likely because being vegetarian or vegan is not always easy. Depending on where you live, it may be difficult to find a plant-based food option. And if you do find one, chances are it will likely be more expensive than meat, whose production costs are subsidized by government. You might not get invited to parties where the main meal is meat. Some people may even refuse to date you based entirely on your decision not to consume animal products.

But as animal product alternatives like oat milk and Beyond Meat become better tasting, cheaper and more readily available, it will become increasingly convenient to be vegetarian or vegan. As it becomes more convenient, more people will choose to forego meat.

Will we ever see a day when eating meat is socially verboten? Actually, maybe.

It may simply become so cheap and easy to make plant-based animal product alternatives that raising cattle and other animals for consumption will seem ridiculously over-costly, environmentally damaging and laborious. Why raise animals when you can just pump out protein or “clean meat” in a factory the same way we make cars or beer?

People often tolerate things to the extent that not tolerating them would be inconvenient or impractical.

For example, many people who care about the environment drive gas-powered vehicles in places where they cannot get around otherwise. But for those who live closer to bike lanes and decent public transportation, a car becomes an expensive hindrance rather than convenient.

Likewise, with eating animals and animal products – when the balance of convenience changes, people’s behaviour will change. The movement to make plant-based diets more appealing and convenient is only going to accelerate.

M. Z. Gold is a Toronto-based lawyer and climate activist.