Developments that will alter the municipal political playing field in 2010. 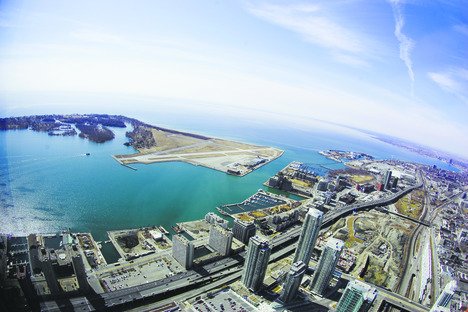 Joe Pantalone and Adam Giambrone both run for mayor

Council’s left still hasn’t sorted out who’ll be its standard-bearer in the great mayoral runoff of 2010. Amidst the shifting sands of speculation, word on the street now is that Councillors Joe Pantalone and Adam Giambrone are both in – Pantalone courting the business, Italian and Portuguese vote, Giambrone getting labour’s support. With George Smitherman and Rocco Rossi already declared and Shelley Carroll still a possibility, it’ll be a cramped field and a race that could be won by as little as 30 per cent of the vote.

The left doesn’t want to turn back the clock on advances in visible minority recruiting, while the right, usually suckers for whatever the cops want, would like nothing better than to screw up those plans – and look like they care about holding the line on the budget. But the city has to save money somewhere. Will council’s left have the nerve to ask the police to cut their $1 billion request and invite a revolt from the rank and file? There are contract talks to think about. The police union is already girding for a battle over the sick bank. Will City Hall try to do what it did to civic workers and risk a political backlash?

Kyle Rae’s announced that he’s jumping ship. But there’ll be more. Rob Ford may not be long for the hurly-burly of municipal politics. He’s got a family business to think about. Karen Stintz is another whose political ambitions have always been bigger than the seat she occupies on council. Cranky council old-timers Mike Feldman and Case Ootes could be lost to attrition they ain’t getting any younger. You may want to throw Michael Walker into the mix, who may not have the stomach to face a Liberal-party-backed Josh Matlow in St. Paul’s. Besides, Walker’s looking bored these days.

The Toronto Port Authority is touting a “new era of cooperation” with the city on the strength of a recent land deal for a plot at Leslie and Lake Shore. But renewed talk of a pedestrian tunnel or other “fixed link” to the Island Airport can’t be far off if both Continental Airlines and Air Canada Jazz join Porter Airlines, whose monopoly over flights at the airport is scheduled to come to an end next fall.

Will Mayor David Miller’s final budget be cast in his Beautiful City image or begin to take on the look of the service-cutting hordes? There’s not much leeway in the numbers. How many councillors will start doing the bidding of mayoral wannabes and opt for short-term solutions like the sell-off of such valuable assets as Toronto Hydro to balance the budget? Here’s hoping important items don’t get lost in campaign-year silliness.