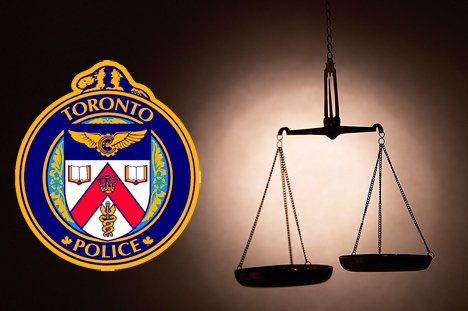 The 30-day period to appeal the corruption charges expired January 7.

“The Crown’s right of appeal from a stay of proceedings is restricted to an error of law,” writes Ministry of the Attorney General spokesperson Brendan Crawley in an email to NOW. “After a thorough and careful review of the judge’s decision, the Crown has determined that there is no legal basis upon which to appeal.”

Among the accused was Bill McCormack, the son of former Toronto police chief William McCormack.

Judge Bonnie Croll ruled before Christmas that the six years it took the case against McCormack, former police union head Rick McIntosh and George Kouroudis to get to court prejudiced the officers’ right to a fair trial.

Good news for the cops. But what about the so-called administration of justice?

Some might argue that the charges against the officers in this case are so serious – the allegations included shaking down owners of clubs in the Entertainment District for cash favours – that no delay is untoward.

On the other hand, the officers involved have had to endure the embarrassment of the charges hanging over their heads while the charges plodded through the courts.

Croll wrote in her decision that the media coverage of the case before the officers were charged, some 90 articles between April 2004 and December 2008, alleging everything from gambling with gangsters to transvestites being coerced for sex, worsened the prejudice against the officers. None of those shocking allegations formed any part of the actual charges against the officers.

Croll blamed the Crown for most of the delays in the case.

Cases involving alleged wrongdoing by cops are always the most challenging for those involved in the administration of justice – Crown attorneys and judges – because cops themselves are part of that administration.

A former Crown attorney in the special prosecutions branch, the unit charged with prosecuting police, once told me that we as a society are not prepared to convict cops. We simply can’t stomach the idea that sometimes those charged with upholding the law, break it.

When cops do go bad, the natural instinct, at least for most of us, is to give them the benefit of the doubt and accept, if we have to, that sometimes the nature of policing on the mean streets is such that cops need to bend the rules a little to put the bad guys behind bars.

That’s a tough one to swallow. The opposing argument could be made that police, because of the phenomenal powers entrusted to them, should be held to a higher standard.

Justice Croll turned that concept on its head in her decision.

While acknowledging the Crown’s position that charges of corruption involving officers “strike at the heart” of the administration of justice, Croll argued that the seriousness of the offences “impose a heightened obligation on the Crown to ensure that the trials for these offences are held in a timely fashion.”[rssbreak]