John Tory may have dropped out of the. 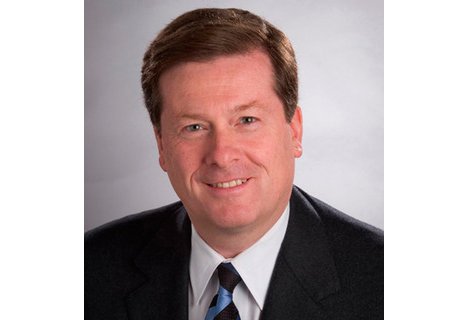 John Tory may have dropped out of the mayor’s race, but the PC-party-leader-turned-radio-talk-show-host has decided to move into City Hall this week.[rssbreak]

The host of CFRB’s Live Drive show has been broadcasting from the rotunda to keep an eye on budget deliberations going on in the council chamber a quick elevator ride up. All in the name of civic engagement, no doubt. Going up: next stop, Common Sense Revolution, Part Deux?

The way these budget deliberations have been going, we seem to be heading in that direction. Talk of privatizing city-run ski hills (or is that rec services?) and raising rents for childcare providers are some of the early trial balloons being floated by the budget committee to appease the cut-cut-cut sentiment going viral across the city.

Witness the fight that broke out when a few of Tory’s fans, who moseyed down to meet the best mayor the city’s never had, made their way to the clamshell to take in the budget proceedings on Monday, March 1.

A few not particularly concerned with decorum weren’t shy about putting in their 2 cents on the current cash crunch, firing verbal spitballs from their seats in the public gallery. What a mess the socialist hordes running City Hall have made of the books, right?

At one point, a shouting match broke out between one of the more zealous jeerers and Councillor Paula Fletcher, who isn’t on the budget committee but was sitting in on the meeting. He seemed to sum up the mood of the more boisterous in the crowd: the city’s spending is out of control.

One of them offered that property taxes are too high and he may have to move to his cottage full-time as a result.

Reality check: spending has in fact increased at a slower rate in Toronto compared to other GTA municipalities.

Nonetheless, audio of Fletcher getting testy with her questioner made the rounds on Twitter Tuesday, held up by those in the conservative fold as yet another example of how out of touch Mayor David Miller’s crew is at City Hall.

Fletcher apologized for her outburst, saying she didn’t want to discourage other residents who may have opinions on the budget from coming down to voice them at City Hall.

But she shouldn’t have eaten humble pie. Her’s was an entirely defensible position.

What would those demanding belt-tightening have the city cut? The arts? Childcare? Environmental initiatives? Transit? Everything under the sun? There’s no winning this debate.

In the prevailing nastiness, there’s no debate, just the blinkered view that a zero property tax increase is the cure for all that ails us.

Sunday library hours are all of a sudden frills, not part of the complicated quilt that makes Toronto a livable city.

And there was mayoral wannabe Curious George Smitherman, right on cue to capitalize on the budget backlash with an “exclusive” on the front page of the Star Wednesday, March 3, promising privatization of parts of the TTC and garbage services.

Is $7 a month more from homeowners too much to ask to balance this year’s budget and keep services? Seems so.

The line has been drawn between haves and have-nots. And the early budget deliberations signal that more single mothers on welfare and kids born to poor families in priority neighbourhoods will end up on the killing floor while the Board of Trade talks about bottom lines and “bending the expenditure curve.”

In that vein, the Board’s calling for a new labour model (read massive layoffs) and an audit of big-ticket expenditures like the TTC, whose costs it says are rising “at a rapid rate.” No surprise there, given the growth in ridership. You do the math.

The kicker: Toronto is tied for fourth on the Board’s Scorecard On Prosperity of 20 great global cities.

But let’s not let the facts get in the way of politics. There’s an election afoot.

The mayor, good soul that he is, has always expressed great confidence in the people of Toronto to do the right thing. They voted for him twice, he’s fond of saying, running both times on a platform that included raising taxes.

I’m not so sure that Toronto is in the driver’s seat any more.