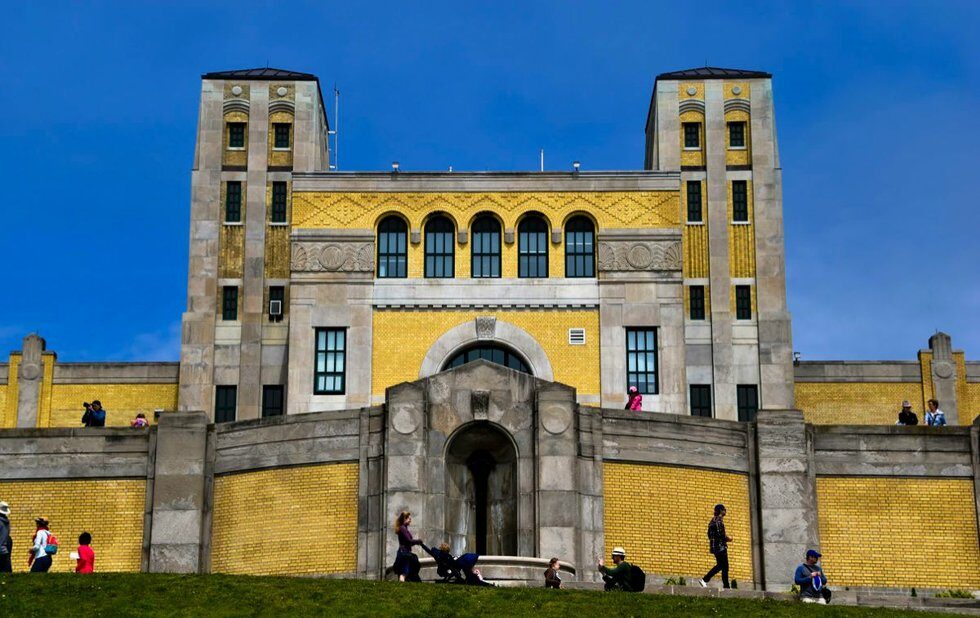 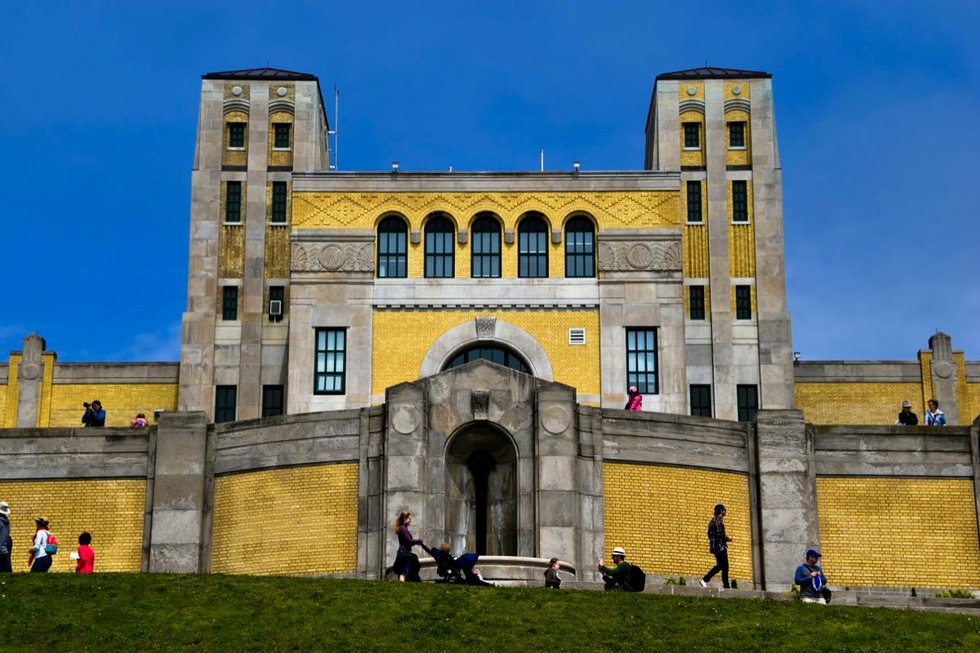 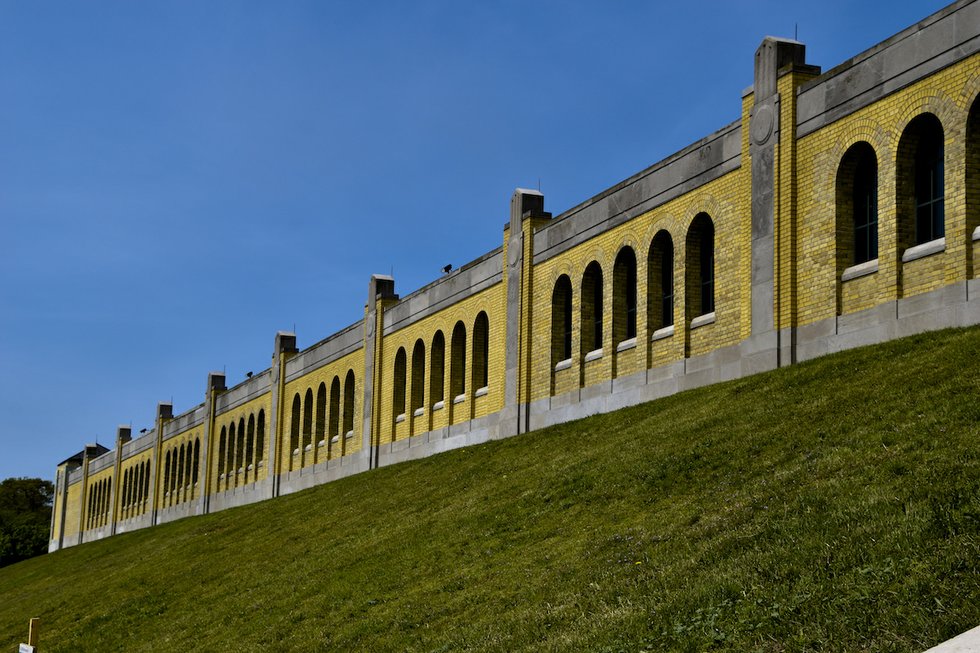 The first Journée Portes Ouvertes – Doors Open Day – was held in France in 1984. In 1990 the idea reached Scotland. It was there, in 1999, that Cathy Nasmith, future president of Architectural Conservancy Ontario, determined to bring the idea – including protocols regarding organization, accessibility, safety, insurance, advertising, “the whole kit,” as she called it – to Toronto.

The Toronto Historical Board (now Heritage Toronto) and then mayor Mel Lastman seized on the opportunity. And in 2000, Toronto became the first city in North America to hold a Doors Open weekend.

The response was overwhelming, proving that Torontonians care about their city’s architecture. Since then Doors Open has spread to all parts of Toronto and to towns and cities throughout Ontario and across Canada.

Toronto’s 19th Doors Open, on Saturday and Sunday (May 26 and 27), explores buildings magnificent, mysterious and curious. This year’s event includes three monumental reminders of Toronto’s birth: the filtration plants and pumping stations that tell us there’s something special about water that inspires architects and engineers.

At the east end of the Toronto beaches, the art deco, circa-1941 R.C. Harris Water Treatment Plant might be Toronto’s most loved example of architectural brilliance and engineered ingenuity.

Named after Rowland Caldwell Harris, Toronto’s long-time commissioner of Toronto’s public works from 1912 until his death in 1945, its construction over a nine-year period during the Great Depression and Second World War was a testament to Harris’s vision and overpowering ego.

Indeed. Harris’s “mad scheme to collect water 3,300 yards out in the lake” has famously been fictionalized by Michael Ondaatje in his novel In The Skin Of A Lion. 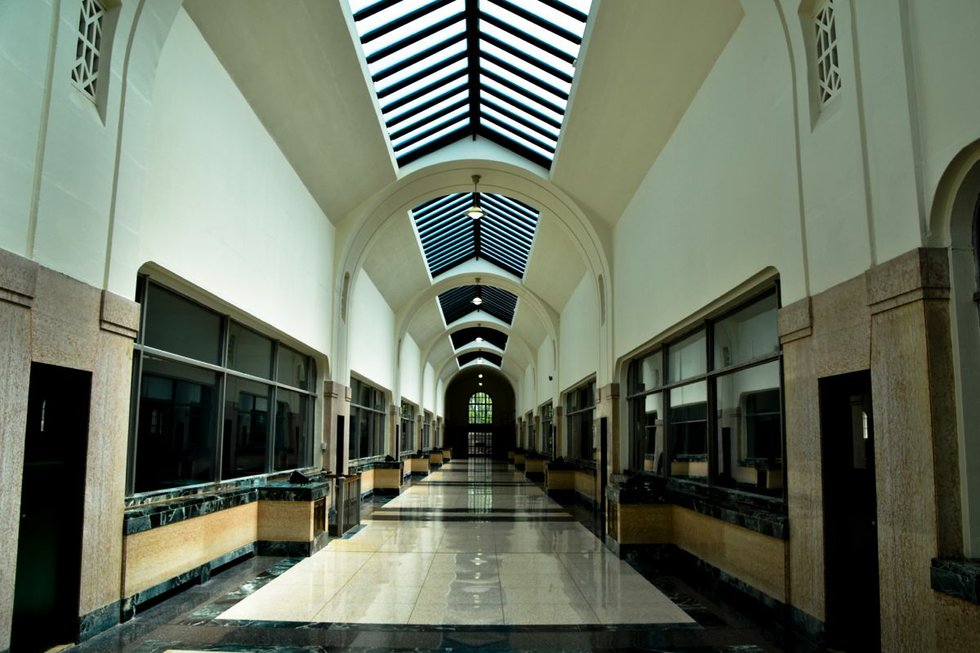 “No one else was interested in water at this time. Harris imagined a palace for it. He wanted the best ornamental iron. He wanted a brass elevator from the service building to the filter building where you could step out across rose-coloured marble. He wanted herringbone tiles imported from Siena, art deco clocks and pump signals and high windows which would look over filter pools four feet deep, languid, reflective as medieval water gardens.”

Almost 80 years after it was completed, the plant remains a marvel, rising from its location at Queen and Victoria Park like something built by an ancient civilization, while feeding Toronto’s vast network of pumping stations in Toronto and York Region. 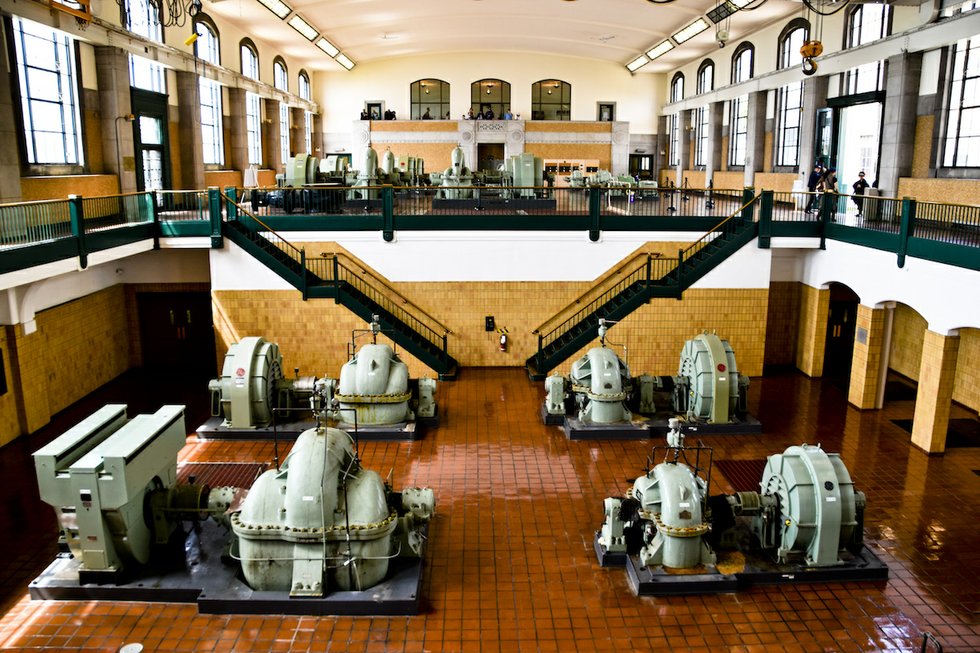 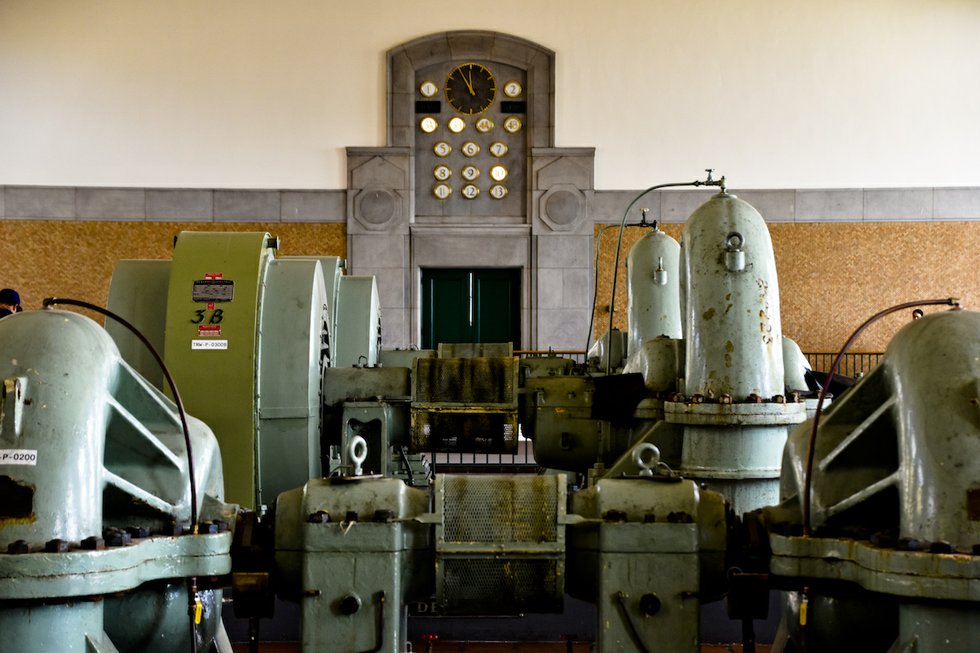 Northwest of the Harris, where Castle Frank Brook exits Nordheimer Ravine on its way to the Don River, the more modest but temple-like Toronto High Level Pumping Station sits in all its utilitarian grandeur at 35 Poplar Plains Road. The headquarters of Toronto Water Treatment and Supply is also a museum for three generations of pumping machinery.

In 1875 the Village of Yorkville – then independent of Toronto – built a water works on this site. In 1883, when Yorkville was annexed to Toronto, its pumps were directed to serve the growing city by forcing lake water east, west and – most challenging – north over the Davenport Ridge that, 12,000 years ago, was the shoreline of Ice Age Lake Iroquois.

The original water works was soon overburdened. It was replaced in 1890 by a new pumphouse, designed in Edwardian style by city architects. As Toronto’s population tripled between 1906 and 1924, so did the High Level’s pumping capacity.

The station’s oldest surviving pump was driven by a triple-expansion steam engine, built in 1915 at a now lost local landmark, the John Inglis plant that used to be located on land west of Strachan that’s now part of Liberty Village. 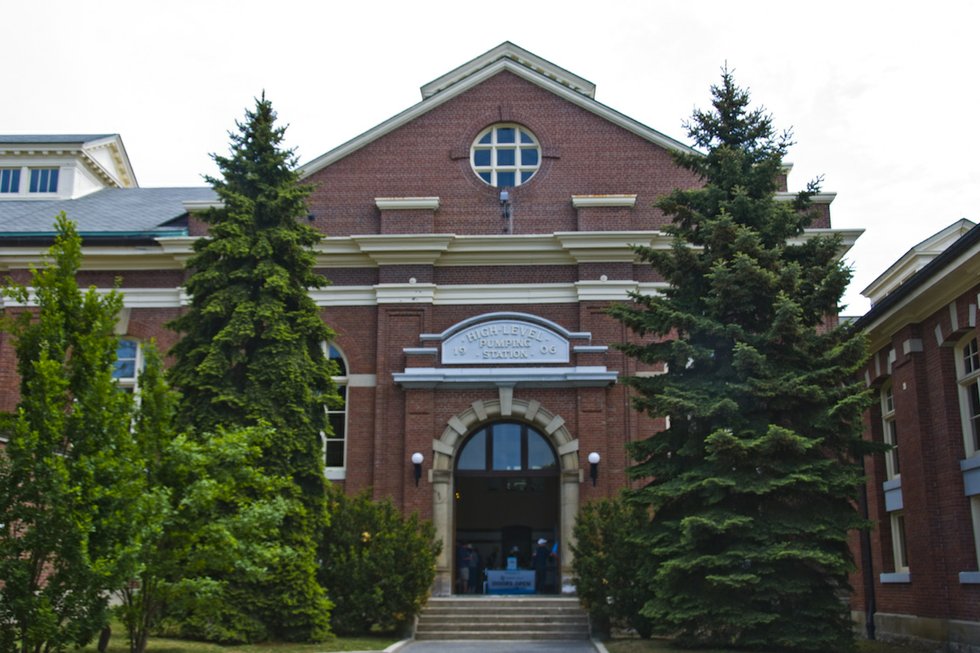 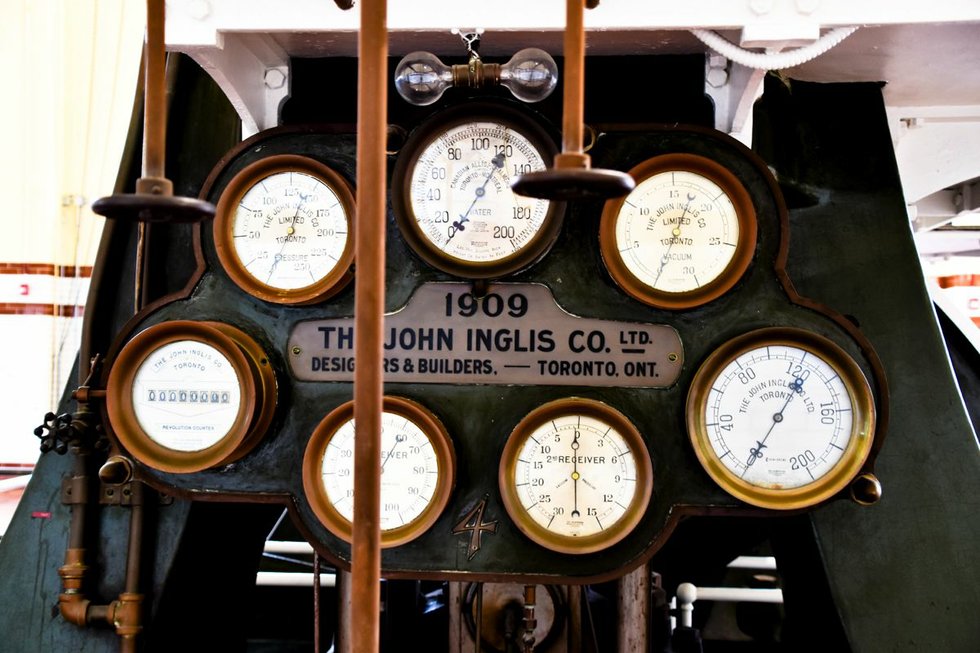 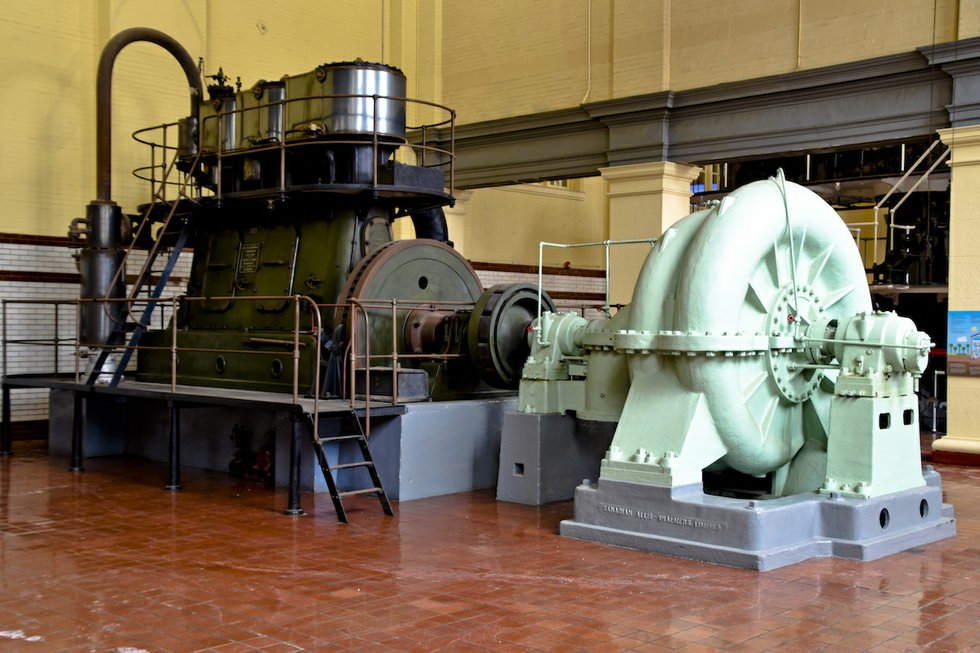 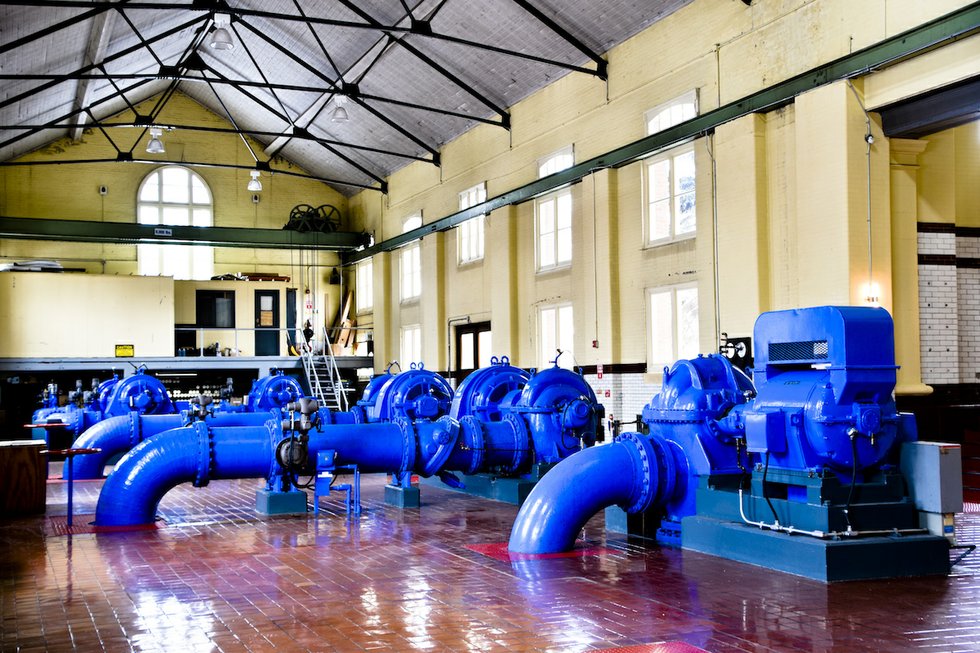 When it was working, the pump was a formidable piece of machinery. High-pressure steam supplied by coal-fired boilers passed through a sequence of three progressively wider cylinders. With each expansion the steam yielded the energy that drove the pump. It was hot, sweaty work, which is why, above the engine, there was a monitor roof with clerestory windows that allowed heat and humidity to escape the building.

The pumphouse was eventually expanded to accommodate four high-capacity centrifugal pumps that were simpler and more compact than the Inglis engine – and more powerful, with a daily output of 20 million gallons (the equivalent of 10 Olympic-sized swimming pools). 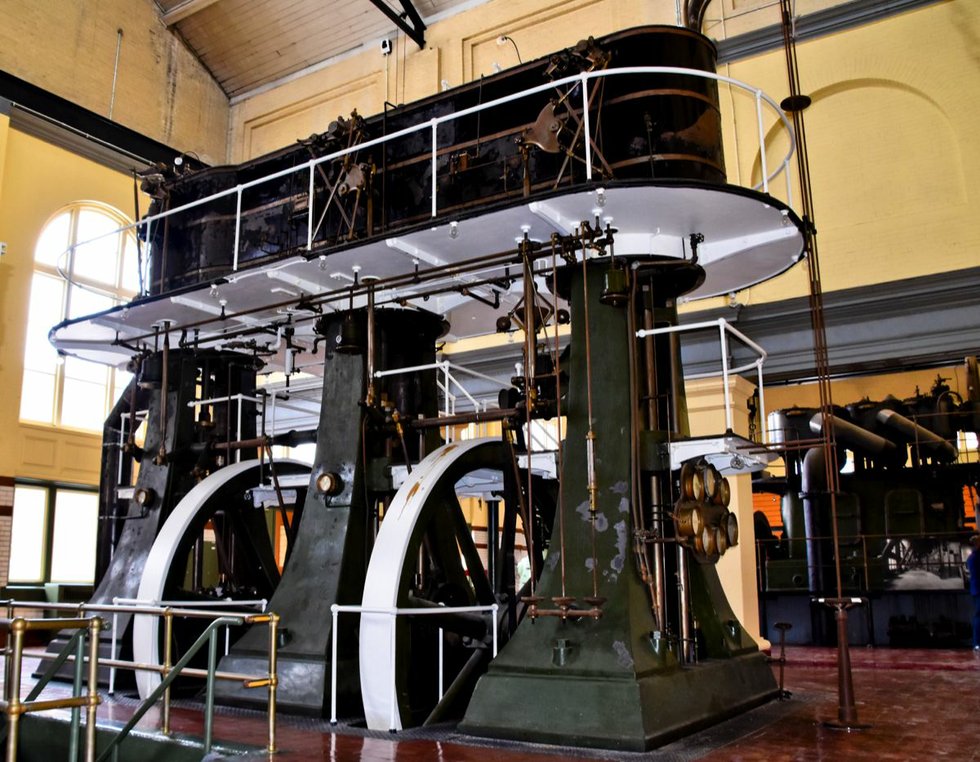 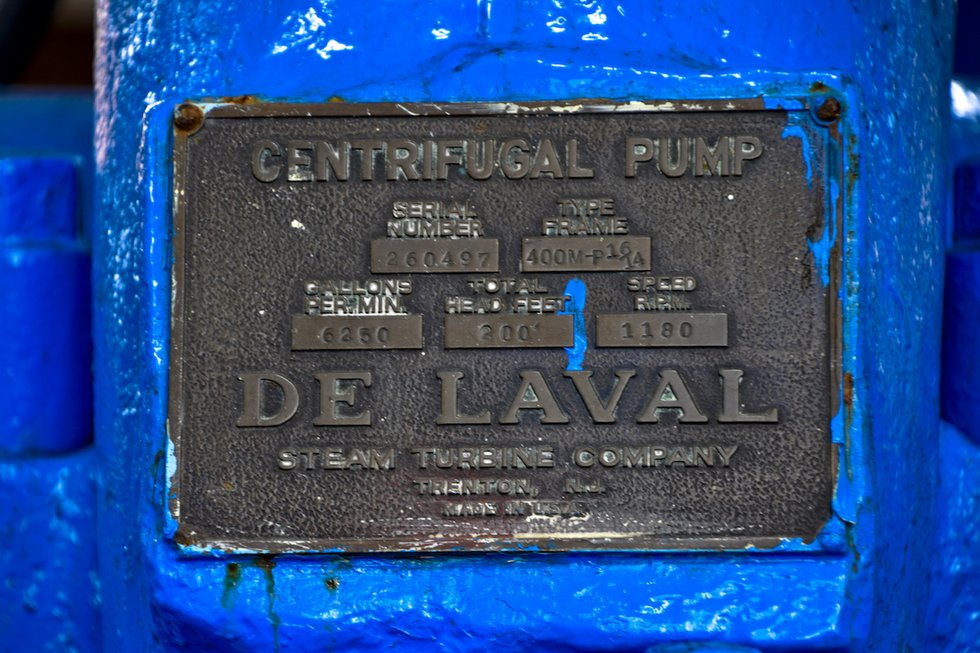 In 1953, a Style Moderne addition was added to accommodate nine still smaller and still more powerful centrifugal pumps by De Laval of Trenton, New Jersey, with motors by General Electric. These pumps are so powerful, it takes just three of them to force water 20 kilometres uphill and as far away as the Bayview Reservoir near Highway 7. The oldest are more than 40 or 60 years old but they’re hardly relics. They’re still humming away,  supplying the city with more than 171 million litres of water a day.

While too many of Toronto’s industrial buildings have been demolished (but for a few scraps of their machinery), the Toronto High Level Pumping Station remains a modestly striking building, despite undergoing a number of piecemeal expansions.

As the city grows so does its thirst. East of the Harris plant, on top of the Scarborough Bluffs, is the city’s most recent piece of infrastructure dedicated to water supply.

Built between 1970 and 1979, the F.J. Horgan Water Treatment Plant – named after Metro Toronto’s Commissioner of Works between 1980 and 1989 – draws Lake Ontario water from a 30 metre depth, 3,000 metres offshore, then up 38 metres through a 3.35 metre concrete-lined tunnel bored through the bedrock into the plant. Inside, the water is treated with chlorine to kill germs and – a city first –  with ozone to control seasonal, lake-based contaminants and odours. It’s then filtered through beds of activated charcoal and sand. 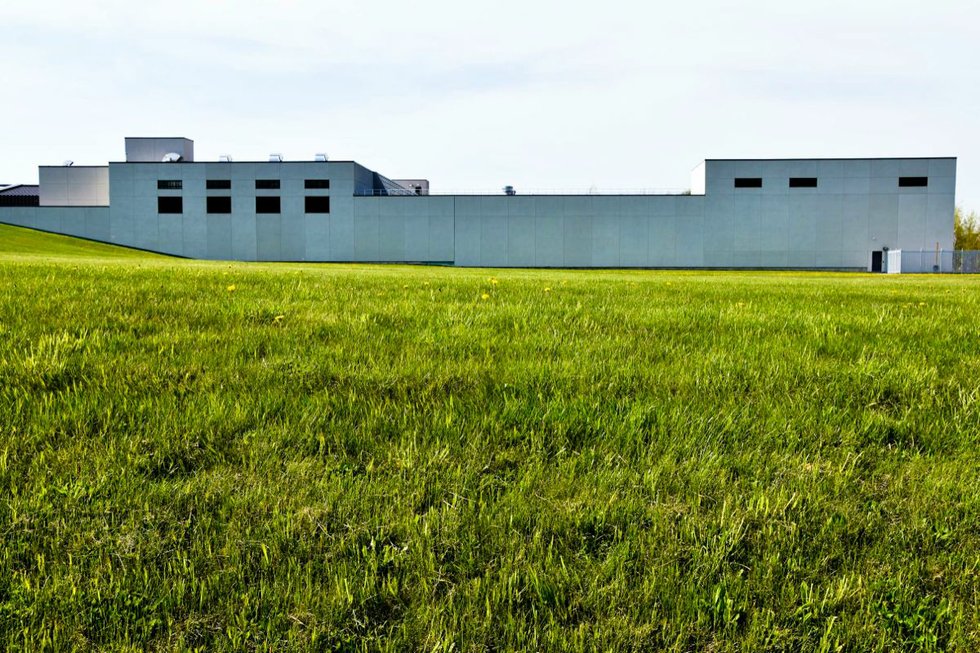 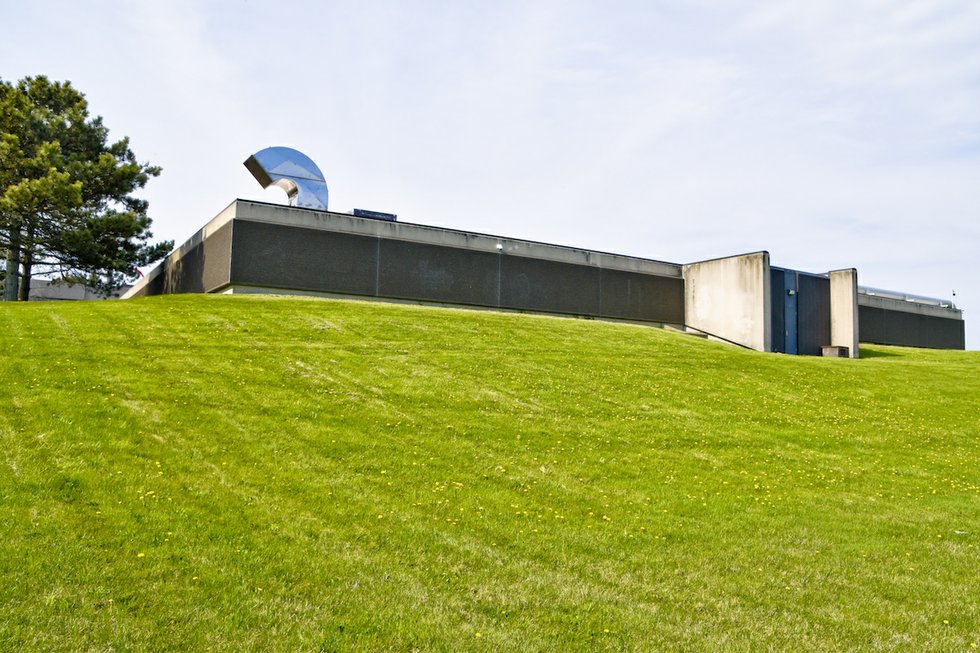 The F. J. Horgan Treatment Plant is of its time: strictly functional.

We’ve come a long way since the years of R. C. Harris’s childhood when clean water was a luxury. It’s comforting that the magnificent machines and buildings that have supplied Toronto with water for almost 100 years are still standing, where they belong, alongside the pumps that are still pumping. 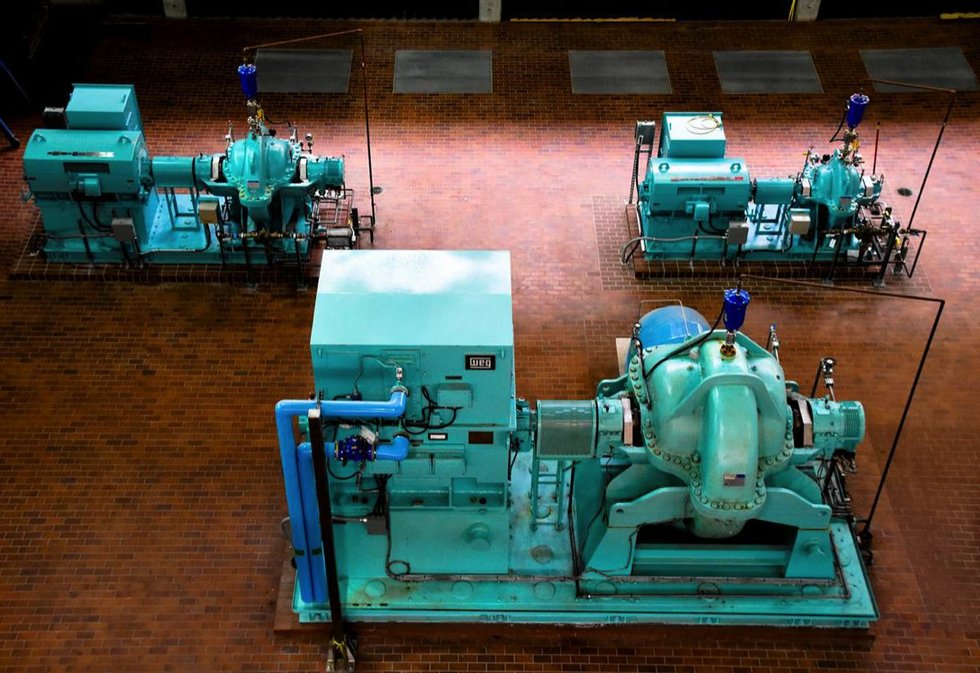 Opened in 1979, the F.J. Horgan Water Treatment Plant is the city’s most recent piece of infrastructure dedicated to water.

Richard Longley is a past president of Architectural Conservancy Ontario.