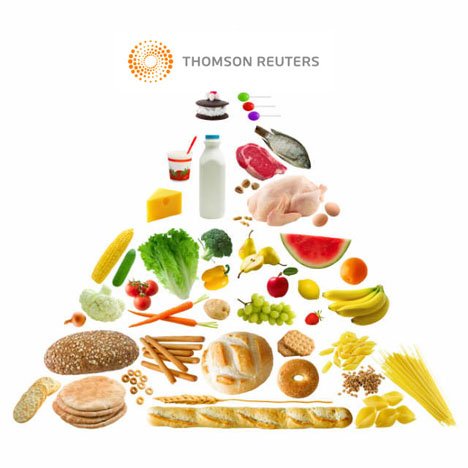 Almost a year after the U.S recession’s $700 billion launch party ($40 bil here) a top-down trickle of calmer waters in the news has the media sounding slightly less apocalyptic.

But now that we can look back it seems Toronto’s magnates and moguls never actually felt the burn described by the hype, and average Canadians are still very much in the woods.

The amount of money that apparently came into Toronto last year actually makes it difficult to get what all the fuss was about. Three of five of the country’s highest earners are right here in the city.

And with the exception of Rogers, Loblaw and a real estate company, everyone in the top ten made money.

But while Rogers’ net worth dropped to a pittling $4.7 billion and Loblaw fell short at just over 5, Canada’s top earner, financial data/media conglomerate Thompson Reuters of Toronto cleared over $20 billion last year.

If one’s moral compass weren’t so steadfastly confident in the mainstream press, one may even venture to guess Reuters had a hold on something they weren’t reporting.

But that would be sensationalist.

Meanwhile reports from the proletariat’s front lines aren’t good. Bankruptcies are up, 50 per cent over last year among average Canadians. Almost 30 per cent in the last few months alone.

The jobless rate leveling out for the first time all year at just under a tenth of the county, still remains at a decade high level.

Toronto, specifically, is struggling below the middle class. More than usual. This week Toronto’s Medical Officer reported that access to nutritional (eatable) food for low-income households is now finally low enough to necessitate a $100 supplement from the city.

The boiling point claimed to have been reached was attributed to low wages and high housing costs.

A report issued by Canadian Business Magazine this week included several additional maddening tidbits like the fact that as of this year it would take the average net worth of almost 10 000 average Canadians to equal that of one on the top 100 list.

Perhaps not quite maddening, but annoying at minimum. Maddening would be if figures like these were actually good relative to the last ten years.

As it turns out these figures are actually high compared to the last ten years.

So what the hell happened here, exactly?

The answer lies in a colourfully adjective laden Ron Paul-esque rant that wrings the water out of the Canadian economies ties to the American mortgage crises. From there to the Federal Reserve and from there to the Illuminati, Free Masons and an even more diabolical syndicate that I suspect Dan Brown started in his basement.

The serious answer is in our federal government’s social assistance policy, as suggested in the same report about Toronto’s low-income nutrition crises. If you think about it Harper called this from the beginning. During the last election his campaign rarely touched on the recession aside from to say we wouldn’t be affected in the way the U.S was. Which now clearly applies to Canadian big business. Makes you wonder what he knew about the rest of us.[rssbreak]