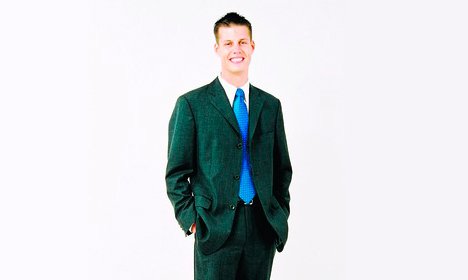 Speculation that McGuinty may be thinking of an exit strategy has gotten some ink in the preem’s Ottawa backyard. Idle banter? There’s talk of a cabinet shuffle, which suggests McGuinty’s recalibrating. But with the deficit hovering at $25 billion and his brightest cabinet stars deserting him (see George Smitherman, Michael Bryant) or being forced to resign (see David Caplan), McGuinty doesn’t want to face the prospect, two majority governments later, of going out a loser, does he? The whiff of desperation hangs over Queen’s Park amid talk of selling off valuable publicly owned assets like the LCBO and OLG. Scary. This is as good as it’s going to get for McGuinty, who fluked into the party leadership and benefited immensely from not having the weight of great expectations foisted upon him.

He’s reported to have the support of 10 suburban councillors for a run at Miller’s job. But forget the pundits. Two centre-right candidates are already in the race: George Smitherman and Rocco Rossi, who happens to have been Tory’s campaign manager during his previous failed bid for mayor. Both Smitherman and Rossi are just as palatable, malleable and saleable to the city’s conservative forces with the moolah. And Tory doesn’t have the financial backers. Look who held a shindig for Curious George at the conservative Albany Club the other day – none other than former Mike Harris gopher Jaime Watt.

3 A Liberal-NDP-Bloc coalition takes over Ottawa.

The economy isn’t getting better fast enough. We’re seeing the Tories’ numbers dive-bomb in public opinion polls. Canucks, famously slow to anger, are waking up and smelling the coffee six years after Harper’s Reformatories came to power. They’re finally asking themselves the ballot-box question: are we better off? The answer, of course, is a big, fat no, cuz here comes another housing bubble, and it’s about to go pffft.

No wildcat here. “Mikey” may have an insubordination charge stinking up the resumé, but he’ll mind his Ps and Qs, ditch that “money talks, bullshit walks” mentality of cop union bosses past and keep spreading the good vibrations. There are those cushy paid-duty gigs for cops to protect, and concerns about a new police complaints system to weigh against salary increases. It can’t all be about the money for McCormack and company, can it? Two high-profile police corruption cases are still wending their way through the courts. And the police watchdog Special Investigations Unit is on the prowl. When push comes to shove, will McCormack, who’s never been one to back down when cornered, dare demand the head of SIU boss Ian Scott? He’d rather sic his army of lawyers on perceived enemies, but people change, don’t they?

It’s kind of a long shot, but Giambrone’s chances of becoming mayor are looking better every day. They don’t call him a wunderkind for nothin’. He’s young. He’s bright. He’s gay gay-positive. And he looks better than any of his challengers so far. George Smitherman’s not exactly showing imagination out of the blocks he doesn’t yet have an idea he can run with. The other would-be contender, Rocco Rossi, is fending off questions about using his Liberal party office to send emails asking for support for his mayoral bid. The city workers’ unions are warming to Giambrone, a decided organizational advantage. With a political kingmaker like John Laschinger (maybe) at the helm, who knows?