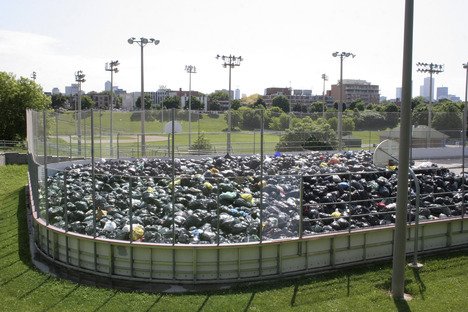 Toronto civic workers start a bitter strike that will last 35 days. Eco upside: we now know how much garbage we amass.

Eminence grise of the American left Noam Chomsky calls Montreal activist Yves Engler’s The Black Book Of Canadian Foreign Policy “a penetrating inquiry… about Canada’s role in the world.” Clearly, we’ve got blood on our hands.

David Miller, maybe the best mayor this city’s had ever, shocks supporters by announcing he won’t be running in 2010. Grown men weep.