The TTC's advisory panel, Paula Fletcher gets mad, and the Maple Leafs pull the trigger 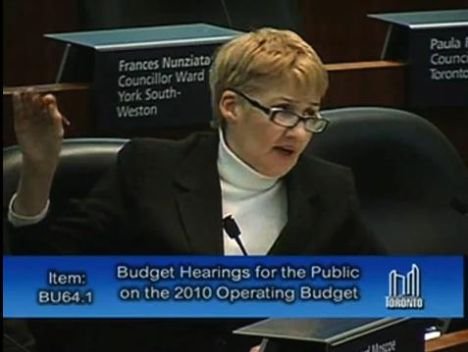 Councilor Paula Fletcher kind of lost it during budgetary hearings. Watch this video.

VIA Rail’s schedule was thrown for a loop when a Montreal-Toronto CN train derailed around Cornwall. No one was injured, no hazardous waste spilled.

Speaking of, Montreal was named as one of the ten Ultimate Party Cities by the Lonely Planet. Toronto was probably 11th.