Strange how fate works: Stephen Harper prorogues Parliament, snuffing out fiery hearings over his government's handling of Afghan detainees. And. 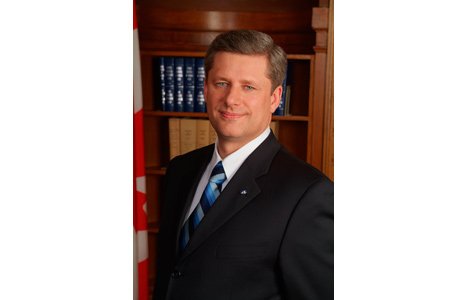 Strange how fate works: Stephen Harper prorogues Parliament, snuffing out fiery hearings over his government’s handling of Afghan detainees. And mere hours later, just in case we’d forgotten the moronic tragedy of this war, we learn that four soldiers and a reporter have been killed in one of Canada’s vaunted “pacified” zones.

So the Tories have achieved the detainee issue’s fast fade from the front pages and an end to the embarrassment of diplomats who warned of torture but were ignored, of ministers who knew no evil and generals who changed their testimony in startling 24-hour turnarounds.

This is all quite apart from the fact that Parliament was edging into subpoena territory with Opposition demands that government documents be turned over to the probe committee. And that the UN Convention Against Torture (which, by the way, not only proscribes torture but demands the prevention of it) was getting way too much airplay along with the International Criminal Court and its preliminary investigation of Afghan rights abuses.

What other shockers waited in the wings? Harper didn’t wait to find out. Come March, he’s betting that public indignation over horrible things happening to prisoners we transfer will get lost in the deficit panic he’s planning to whip up.

Well, it might – temporarily. The specifics – the 2006-07 alarms, the endless Tory denials, the feds’ supposed tightening of the transfer rules in May 07, more abuse reports and ministerial squirming – will get hazy in the harried brains of the citizenry. But the fundamentals will stick: the feds dragged our military through the muck. We did what we hated the Yankees for doing.

This could well be our My Lai moment. I don’t mean detainee abuse is anything like that Vietnam-era massacre, but I’m betting my peace buttons it will feel the same later. A few years from now, when all the atrocities are fully known, all the dead Afghan civilians and orphans counted up and the maimed on both sides acknowledged, remorseful Canadians will revisit the twisted logic that landed Canucks in Kandahar to do search-and-destroy in the middle of a civil war.

The feds’ official line is that the detainee issue is “old news.” Nice try, guys, but in the hearings’ final week, Amnesty International lawyer Paul Champ testified that the real scandal isn’t what happened four years ago – but what is occurring right now.

Canada’s forces, he tells me, are not very discerning about who they sweep up when they arrest Afghanis, but compared to the UK, U.S. or EU, we have the “lowest standard for protection of military detainees.”

This is what the Conservatives have forced us to wear. But even their supporters hate to be elbowed into these kinds of conscience black holes. The hearings may be shut down, but not the inner voices of Canadians.