Jason Richards is killing his (virtual) self to live 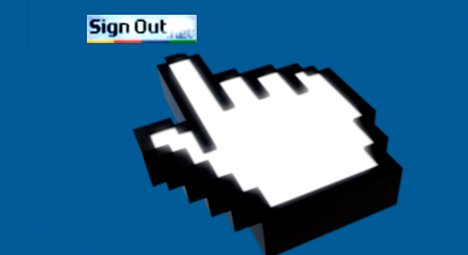 I had 23 MSN Messenger friends, emails that were received by all, and the sneaking suspicion that I had been added to everyone’s junk mail folder. This week, I said goodbye to all that when I signed off of Hotmail, forever.

This October, there was a moment on the Internet that made me feel like everything was gonna be OK. It came in the form of a YouTube video called Surprised Kitty. It was raw. It was adorable. And it totally blew my mind.

I spent hours watching it over and over in an awestruck stupor. Then, I sent it via Hotmail to everyone I knew, replete with a 2,227-word essay about me and how Surprised Kitty factored into my life. Next, I waited for a reply.

The weather grew cold as the days turned to nights and then weeks while I continued to wait in my darkened room, my tear-streaked face illuminated only by the glow of an empty browser window, my mind flooded with one question alone: why did no one want to discuss my life with me?

We all reached the consensus that I was an over-emailer. Over the years, my too-frequent emailing had caused those closest to me to add me to their junk mail lists. Apparently, saturating all those inboxes with my thoughts, my stories and pictures of me — in effect, my life — had ultimately reduced me to junk.

But I ask you this: is three-dozen emails a day too many? I started to develop the sneaking suspicion that maybe it was.

My name is Jason Richards, and I am a Hotmail whore.

My ideal Saturday night consists of a little Santana ft. Rob Thomas on the stereo, a bag of crystal meth, a Hotmail window open on my laptop, and me, nude, clicking refresh in feverish anticipation of a hot new email. Mmm, oh yeah, that’s good, Internet. Just like that, yeah. Unzip my compressed folder. Give me a 40 per cent discount on Cialis. Stick it in my inbox like you mean it.

Now don’t get me wrong — I’m not exactly foreign to the iSocial me-networking applications. I maintain blogs on livejournal, Blogger, Tumblr, Geocities, Flim-flam, and Glurb. I do an unofficial vlog for myspacemusic.co.uk and host weekly crags for dipdive.com. I occasionally glog about men’s formalwear for myflog.vlorp, and have live-blarted on numerous occasions for paulblartmallcop.com.

But I always come back to Hotmail.

Time and time again, I am seduced by its familiarity. That serene Microsoft nautical blue, the bland design. It keeps me regular, like the flavourless, nutrient-enriched oatmeal I’ve eaten exclusively, three meals a day, since the age of 14.

I was first tipped off to Hotmail in 1996 by my friend Leroy Jenkins, a kid from the wrong side of the tracks who knew a whole lot about computers. His pops owned a jazz club, where he played the slide trombone on Tuesday nights — Wednesdays, too, on a good week.

Sometimes, Leroy and me would take in a show at Pops’ and just talk about I.T. stuff. One balmy summer night, he tipped me off to this new thing called Hotmail that was about to blow up. I signed on and never looked back.

That was the last time I ever saw Leroy. Him and his Pops were mauled to death by a pack of wolves the next day. According to the local rag, Pops blew for help on that slide trombone like his life depended on it – which it did – sending the whole town running. But it was too late. Those wolves turned him and his son to mincemeat.

To this day, when I hear an old number by Miles Davis or Kenny G, I can’t help but think that Leroy and Pops are looking down on me, even as I shower or attend to my personal business in the bathroom.

Anyway, back to my Hotmail sitch – it was totally bumming me out! I mean, here I was – me – crumbling beneath the weight of my own postmodern existential techno-angst! It was like my IRL-me was waging a me-battle with my iMe, while both mes were losing to my virtual-me – does that make sense?

With all this thinking about me, I had the sudden, unquenchable urge to escape myself. I fled my salon, holding my petticoat and ran through the snow, outside to a frozen pond, where I stared into my reflection, searching my own face for an answer. Eventually, it came to me.

I was terrified but resolved. I would do something courageous, controversial, borderline blasphemous, extraordinary and unthinkable in this day and age – but also beautiful, revolutionary, and profoundly heroic: I – yes, me – would pull the trigger. I would delete my Hotmail account. Little did I know, that would be easier said than done. The powers that be at Hotmail do everything they can to get you to stay.

When you first try to quit Hotmail, a window appears on the screen that says “Internet Explorer has shut down unexpectedly.” Ignore it. 30 seconds later, the window closes on its own and the affable voice of an Australian man says: “OK, you got us. We were just trying to distract you. Good job, mate.”

Then, you are prompted to endure a 53-page emotional gauntlet that begins with questions about why you want to quit Hotmail, but veers into more philosophical, obscure, cryptic, vague, and qualitative territory. Some of the questions aren’t even questions. Among things Hotmail asks:

Who are you on the inside?

The word “cobra” is short for “cobra de capello,” which is Portuguese for what?

Whatever happened to the Walt character in Lost? It seems like the writers kind of ditched that storyline.

What is the best recipe for oxtail soup?

We hope your brother is enjoying his tap dancing lessons.

After you answer all the questions, or comment on the statements, they really start to tug on your guilt-strings. Hotmail offers to donate $100 in your name to Bono’s (RED) campaign if you stay. If you click ‘no,’ a video pops up of Bono on his knees, arms outstretched, pleading in song for you to remain a Hotmail member.

To bypass the Bono video, you have to click on a button that says “I am a wicked misanthrope who hates the world” and then Bono looks at you ruefully before his head bursts into a swell of CG flames.

I signed out of Hotmail for the last time and looked at my aquamarine burial grounds, feeling resolved to watch the Surprised Kitty video again.

But I couldn’t help but be haunted by the iThoughts of my alter-me post-mashup virtual iMe: “Why are we dying to live if we’re just living to die?” I wondered aloud. E-mail me at my Yahoo account and maybe I’ll let you know.[rssbreak]