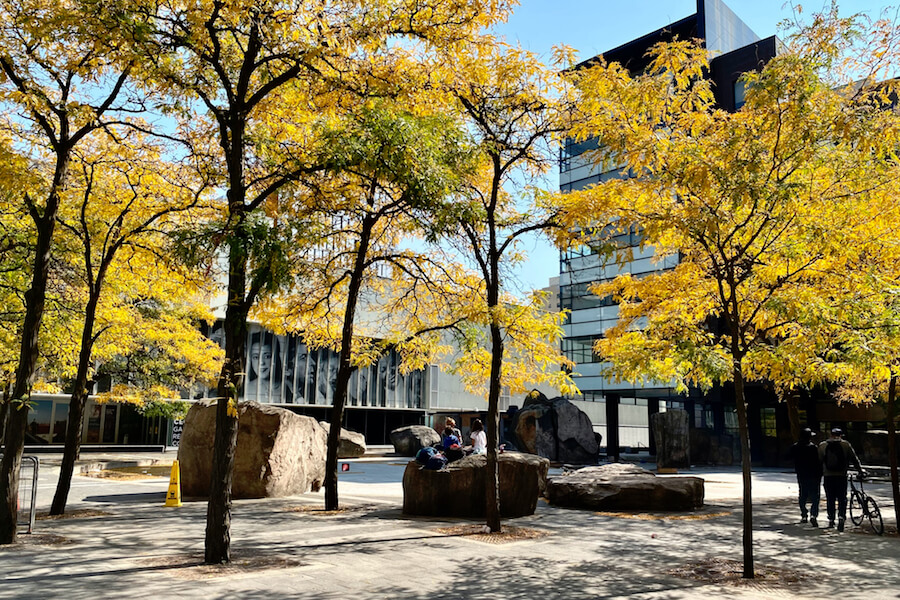 Ryerson University’s board of governors has approved a motion to change the school’s name.

On Thursday (August 26), the university announced that the board accepted all 22 recommendations outlined in a report by a task force looking into the actions Ryerson could take to deal with the colonial legacy of its namesake, Egerton Ryerson.

For years, Indigenous students and staff have demanded the school remove a statue of Ryerson, who was an integral figure in the design and implementation of the Indian Residential School System in Canada.

Activist successfully tore down the statue in June. Around the same time, the leadership of the Tk’emlúps te Secwépemc in British Columbia announced the preliminary discovery that the remains of up to 215 Indigenous children had been discovered at the site of a former residential school in Kamloops.

The news prompted a nation-wide reckoning around Canada’s treatment of Indigenous people and intensified calls from Ryerson faculty and students to change the university’s name.

As part of calls for reconciliation, students and staff began replacing the name Ryerson with an X in email signatures.

In a statement, Ryerson’s president and vice-chancellor Mohamed Lachemi said more than 11,000 of the school’s community members participated in the task force, which is called Standing Strong (Mash Koh Wee Kah Pooh Win).

“The report provides a full picture of the past and present commemoration of Egerton Ryerson, yet the recommendations are not based on either vilification or vindication of the individual,” he wrote.

The 22 recommendations include renaming the school, scrapping the “Eggy” mascot, creating educational resources on the legacy of Egerton Ryerson and providing students and staff with more opportunities to learn about Indigenous history and Indigenous and colonial relations.

The task force notes that as long as the school bears Ryerson’s name, it will be associated with colonialism, segregation, Indigenous genocide and cultural erasure.

“We recognize that a name change alone will not erase the systemic barriers and inequities that Indigenous and Black community members face within the institution,” the report states.

“The university must also actively address the legacy of Egerton Ryerson and other colonial figures through meaningful financial, educational and cultural initiatives, as well as principles and practices for commemoration that uphold our institutional values.”

The task force advises the school come up with an action plan to implement the recommendations by January 31, 2022.

The Task Force report makes 22 recommendations for the university to move forward with the next chapter. https://t.co/zIPeVtwVsp

To determine a new name for the school, the university will engage community members and other stakeholders.

The task force also addresses the statue. Per the report’s recommendations, Ryerson has agreed not to reinstall, replace or restore the torn-down statue and “instead initiate an open call for proposals for the rehoming of the remaining pieces of the statue to promote educational initiatives.”

The report outlines several principles the school should follow when it comes to future commemorative gestures or statues, which includes striking a committee and developing policies and procedures for reviewing such proposals.

Other recommendations include establishing sustainable funding programs for Indigenous and Black students; creating a physical display about the legacy of Egerton Ryerson; launching a website to house the task force’s research into Egerton Ryerson; mandating that students learn about Indigenous history; developing a training module for faculty and staff on Indigenous history; strengthening diversity efforts in hiring; and planning a ceremony for healing and closure at the site of the former statue.

The new name will be the school’s fifth.