10 stereotypes of Italian men, according to MTV's Jersey Shore 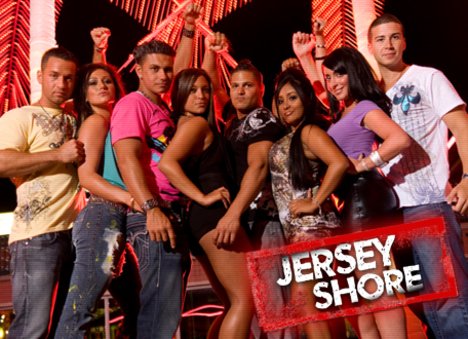 Ten things you may not know about Italian males, as inspired by MTV’s tanned, buff and gel-soaked Jersey Shore.[briefbreak]

• Point numero uno – we don’t consider the term “Guido” a slur. It’s a lifestyle, a state of mind. Like, a lot of famous Italians are named Guido. Take Guido Sarducci, for example.

• We love House Music, but not for the beat. No, no, nooo. It’s the fist-pumping we’re really into because it affords the opportunity to show off our pipes – that means biceps for those of you out there not from the west end.

• Don’t believe the hype. It should take no more than 25 minutes to do your ‘do, unless you’re prepping to go out on a Saturday night and you have to break out the heavy artillery ie: a hair iron.

• We’re into our bods, big time, but not all of us give our favourite muscled parts pet names – ie: abs = The Situatin. There’s only one body part worth Christening, but that would be inappropriate to mention here.

• Boxers, not briefs, but we can be persuaded to wear just about any under garment with a leopard-skin print – when we’re not going commando.

• Spray-on tans? Hell ya. It’s not just skin deep, cosmetic shit. It’s cheaper than a booth at a spa or trip to Mexico, which is important when you’re trying to save up for that new tattoo and wax job.

• Black cars all the way. As Gino Vannelli says, they look better in the shade. Crucifix hanging from the rearview is optional since most of us god-fearing types prefer to bear our crosses like a big fat albatross around our necks. It’s a Catholic thing.

• We may come across as brash and ballsy. No offence intended. All that testosterone to burn makes us crazy sometimes. It’s psychological. I mean, physiological. I think.

• Hot blooded, check it and see, the old song goes. But objectifying women is not our thing. Really. We’re sexist in the sense that we like sex. That’s it.

• We’re big on family. It’s why so many of us don’t leave home until we’re married because deep down inside we’re all just mammas boys. And who can blame a guy for loving his mom?[rssbreak]