Joshua Erretts Best of the Web

This was without doubt the year of the application. Everyone and their kitten launched an iPhone app, including NOW (download. 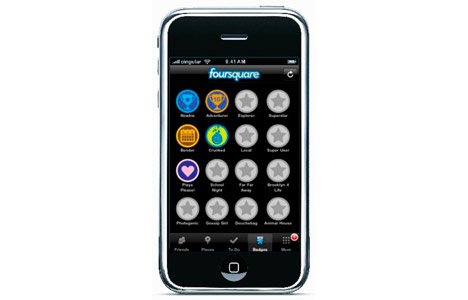 This was without doubt the year of the application. Everyone and their kitten launched an iPhone app, including NOW (download our restaurant application in the App store, BTW).

The award for app of the year easily goes to Foursquare, a social networking game that asks where you are instead of what you’re doing.

But I’ve spilled enough ink on apps over the past 12 months. Here’s a look what else went down online.

Google buys Twitter! Kanye West is gay! Zach Braff dies! Microsoft is buying Twitter! Bill O’Reilly is gay! Jeff Goldblum dies! The same set of lies, just tweaked every few months and put back on Twitter. Ironic that at the same time these falsehoods went flying over the microblogging service, it was being hailed as a quicker way to get breaking news. The Iranian election protests did hit Twitter before the news media got to them, but in no time at all Twitter became too busy with nonsense to get anything useful out of it. Depends who you follow, of course. Moral of the story: men lie, women lie, tweets lie.

In 2K9, you didn’t have to be at a computer to use WTF, SMH, FML and other online buzzword acronyms. Add PWNED, FAIL and EPIC to the list of memes that went mainstream. Too mainstream. Now there needs to be a moratorium on these. It’s not even funny any more.

This year, Facebook got way too earnest (Facebook protests need to go away) and Twitter got too flaky (Twitter fights aren’t what they used to be). The most lively platform of the year has to be Tumblr, one of the few unadulterated, uncensored social mediums left.

There’s careless fun in the endless supply of lurid photographs, ridiculous add-ons and gadgets and youthful exhibitionism on display on Tumblr. And Tumblarity, an index of the funniest sites on Tumblr, is singularly addictive.

Country codes from Libya (.ly), Grenada (.gd) and Montenegro (.me) became en vogue for tiny domain names. Bit.ly, the predominant URL shortener, went even further in 2009, with a four-character address (j.mp). And it will only get more creative. Watch for a URL renaissance in 2010.

Facebook teams up with FriendFeed. MySpace swallows Imeem. The Globe and Mail infiltrates Torontoist. The Internet has democratized so much of everyday life, but it’s turning into one large conglomerate – and more so this year than in the past. In 2010, here’s to more start-ups, independents and projects that can and will stand up to the Goliaths that are seizing the Web. Who will be the next up-and-comer?