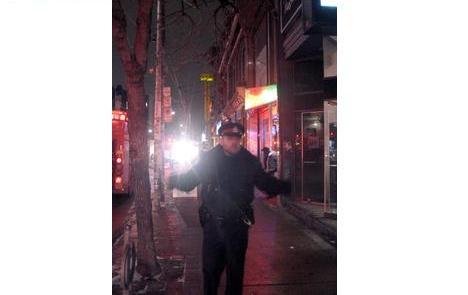 Streetcar service was interrupted for 45 minutes during rush hour and the patrons of several nearby restaurants were evacuated as a gas leak was suspected.

“All of the stoves built into their tables are connected to gas. The police came in and told us we had to leave the building immediately,” says the next door Queen Mother’s Andre Rosenbaum.

“I was a bit hesitant to leave and the last one out. This cop said to me, ‘Do you know what would be left of you if this place went up?’ I got out right away.”[rssbreak]