NOW MagazineNewsLeague of his own

League of his own 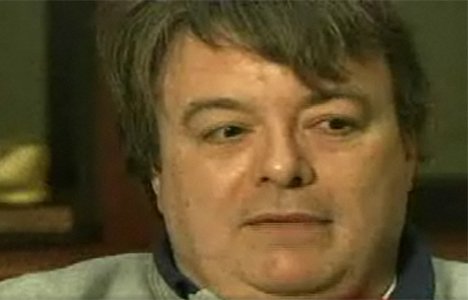 The idea of an all-white basketball league sounds crazy.

But stateside, any idea dumb enough to base a reality TV show on, invariably has wings.

Check the media stir caused by the All-American Basketball Alliance pitched by one Don “Moose” Lewis.

The unusual play it’s been getting in the press, from sports and news media alike, even up here in the Great White North, says something about not only our growing appetite for shocking headlines, but the blatant racism that’s rarely spoken — though we all know it lies just below the surface when it comes to the sport dominated by black men.

For some, the tattoos, cornrows and in-your-face attitude of the modern NBA player is unsettling, made more so by the odd reports of gunplay at strip clubs and the like.

What do you expect from young men who grew up mostly in poverty and facing discrimination in the projects and all of a sudden have millions to squander?

Too much for the conservative sensibilities of Middle America, or Middle Canada for that matter. I seem to recall a racially-tinged dust up a couple of decades back over the selections for our very own national men’s basketball team. Why were young, black talents from the inner cities being passed over for mostly white, lumbering types from out West? But I digress.

The All-American Basketball Alliance will only allow white, “natural born Americans” whose parents must both be Caucasian. No drugs (players will be tested, Lewis says, as they are in the NBA by the way) and no tattoos. The kicker: owners can be of any colour or creed.

Lewis, an admitted “huckster and hustler” in his other life as a wrestling and boxing promoter, says the league he’s proposing is about promoting a more “fundamental” brand of b-ball.

Apparently, the “street ball” played by “people of colour” in the NBA is not basketball at all. It’s “entertainment.” Bring out the peach baskets and the two-handed set shots.

Who would be stupid enough to want to pay to watch a whites-only league?

Lewis says that in “the culture today” you have to “worry about a player flipping you off or attacking you in the stands or grabbing their crotch. Middle America is tired of all the antics… the bastardization of the original basketball game.”

Talk about code language. I’ll try not to read too much into the “bastardization” remark. But read another way, Lewis seems to be delving into that old Mandingo stereotype, pointing to the NBA players who have been hit with paternity suits for fathering children out of wedlock.

“The majority of players in the NBA are black. That offends people,” says Lewis.

But we shouldn’t be angered, says Lewis, by his idea. In fact, he’s the one who’s annoyed that “in a country built on freedom, we have to worry about some people being offended.”

“How is an all-white league not racist?” Lewis was asked by one radio interviewer. “It’s the same as a private club,” came the reply.

Reality TV producers don’t seem to see the harm either.

Lewis says he has been approached about a show by two unspecified “parties,” interested in staging a “Snowball versus Bro Ball” game of white players against black.

But he maintains, “this is not a race driven project.”

Hard to believe coming from someone who’s also promoting a black versus white boxing card with the help of the Nigerian government half way across the world.

In Lewis’s books, you apparently don’t have to be a racist to profit from racism.

Thing is, the joke may be on us.

Lewis admits to trying to whip up controversy.

“Being in the wrestling and boxing business, it’s probably in my nature,” he says.

But he adds, “I laugh at how the media has jumped on this like a dog on a bone and tried to make a sensation out of this,” Lewis says. “I never could have imagined this (reaction) in my wildest dreams.”