Jay Leno has never been ready for prime time 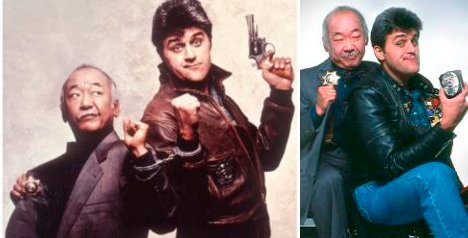 In his public resignation letter from the Tonight Show, Conan O’Brien deftly outlines his reasons for leaving NBC. It’s a public relations masterpiece, and one that politely skirts over the obvious.

In his note, he asks that no one to feel sympathy for him, since he’s had amazing career despite being perpetually in-waiting for Johnny Carson’s old gig.

But most Conan viewers, myself included, won’t feel as much sympathy as outright anger.

Jay Leno, who’s elbowing out the longstanding Tonight Show timeslot with his own half-hour comedy show (the sole reason O’Brien is leaving), goes largely unmentioned in the letter.

But it’s Leno most will target their anger at, once again myself included.

I guess, though, I’m more mad at whoever keeps giving Leno chances.

This past Friday, in a strange coincidence, Leno’s only feature film, Collision Course, landed on my doorstep via the DVD-shipping site Zip.ca. (You get Zip DVDs sometimes randomly, based on availability. I guess no one was watching Collision Course last weekend.)

So I grabbed a few oat sodas from the fridge and checked out the 40-something Leno as a brash Detroit cop mistakenly entangled in a case of international automaker espionage. Leno is paired up with a Tokyo detective (played well by Pat Morita of Karate Kid fame) to find a stolen prototype of a cutting-edge Japanese car.
The movie followed the similar story arches of many buddy cop films, and had some funny moments (intentionally and unintentionally).
During the course of Collision Course, though, I couldn’t help but think the only reason it went straight-to-video and flopped from there was Leno’s leading role.
I realize the film had its setbacks (apparently they ran out of a money and script before the end of filming), but he really stunk. He wasn’t convincing as a cop, lagged in the action scenes, and bungled every shot he was in. He couldn’t deliver a single decent quip! Just an all-around bad performance.
Witness these.

In my view, Leno’s been on a 20-year losing streak. Forcing himself back into the spotlight, at this point, is unjustifiable.[rssbreak]