NOW MagazineNewsMaking scents of it

Making scents of it

I haven’t given up hope – someone’s bottling my true essence. 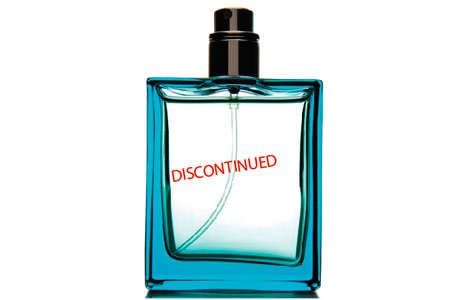 There are people who know exactly what you want. They know about the deep desires you keep bottled up. They’ve taken that bottle, redesigned it, added a spray pump, tacked on a name and convinced you that your chance at happiness resides within it.

And you bought it.

I bought it, too. In fact, for the past 10 years I’ve been buying and wearing the same fragrance. It sits on my watchband. It coats my necklaces. It welcomes me on the collars of shirts I rarely launder. It tells me I’m good.

So when it was recently discontinued, I grieved, bought the remaining three bottles on the planet and set out to find a new alcohol-based liquid that would signify to the world my boundless happiness and success.

I wandered into Sephora, a cacophony of beauty on Bloor Street, where an entire wall is devoted to making life not stink.

I scanned the shelves for bottles whose names evoked a promise of bliss. Ocean Lounge. Haute Couture. Cashmere. Eternity.

Other names disturbed me slightly. Insolence. Cucumber. Addict. Some fragrance names attempted no poetry at all. Young Sexy Lovely. Very Irresistible. Envy Me.

The idea of sampling that entire sensory buffet truly threatened my sanity, but before I ran screaming from the store, I saw a little something called Scentsa out of the corner of my eye.

Scentsa is Sephora’s computer system, programmed to tell me what I should smell like based on multiple-choice answers to a series of questions about my style, favourite entertainment, musical likes and food preferences.

Heads up: if you’re a casual girl who likes movies on Saturday night, top-40 tunes and crème brûlée, you’re going to want to stick to floral fragrances with deep, woody notes. Scentsa tossed me up a few dubious suggestions in that category. She Wood? Seriously? That offer made me think Scentsa had mistakenly computed that I was a lesbian until I noticed that the fragrance Love of Pink was not on my list of matches.

But Tweety was on there – as in the cartoon bird. Scentsa had literally pegged me as a Looney Toon. This computer might know too much.

Enter Kevin No and Adi Lando, two members of the Sephora “cast.”

I explained my frustration and enlisted them to help decipher my problems and tell me which vessel of fluid would make them all go away.

The boys let me peek behind their curtain just a bit, and between sips of the Sephora Kool-Aid, they admitted that marketing has a big part to play in their show.

“Marketing works,” says Kevin. “If it didn’t work, all these companies wouldn’t be doing it all the time.”

Beyond the marketing, though, the gentlemen admit that there are also psychological factors afoot.

“Smells trigger emotions and memories,” No reminds me. If a fragrance can emulate the scent of a consumer’s happy place, they will purchase that subconscious joy by the case. I’d certainly buy vats of Womb if they made it.

Kylee Evans wouldn’t. She’d burn down the factory if she could.

The Toronto-based actor is painfully allergic to fragrances and often has to leave places where some “ignorant” person’s healthy douse instantly triggers in her a pounding headache and nausea. Sephora is Evans’s kryptonite.

She has had to conduct embarrassing witch hunts at places she can’t leave and must make sure that her workspaces are strictly scent-free zones.

Reactions like hers are so common that for the past five years, the Halifax Regional Municipality has had what they call a “No-Scent” encouragement program, which essentially asks Haligonians to be considerate and not stink up the place.

If you keep your eyes open, you’ll see signs asking that spaces remain scent-free everywhere, especially in public institutions. My own doctor won’t so much as depress my tongue if anything I’m emitting is artificial. She breaks out into hives.

“There is a much higher awareness of the problem than there used to be,” says Mike Patton, director of government and media relations at the Canadian Cosmetic, Toiletry and Fragrance Association. “There was a lot of discussion about it two or three years ago, and lots of companies [started] putting out fragrance-free or non-scented products.”

He adds that the industry works hard at educating beauty advisers at fragrance counters to tell people, “You’re wearing too much.”

“The biggest problem,” Patton says, “is that people are overdoing it, and those who wouldn’t normally have a reaction do. If I can’t reach out and touch you, I shouldn’t be able to smell you.” He adds, “A perfume shouldn’t warn of your arrival, and it shouldn’t act as your legacy after you leave.”

I’m rationing my remaining bottles of the old me and have yet to find my new self on any beauty shop shelf. I haven’t given up hope. I know my true essence has been formulated, tested and marketed, and somewhere in an ether it awaits me.