NOW MagazineNewsMarin will be missed

Marin will be missed 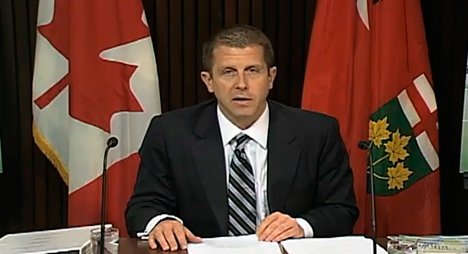 Given his year, you might think Dalton McGuinty would have relished the chance to demonstrate a committment to transparency and equity over and above his own narrow interests.

This week, the premier, showing a shocking puniness, has refused to renew the contract of ferocious ombudsman Andre Marin, and we’re all the worse for it.

It figures the preem would ditch the very guy NOW named 2009 Activist of the Year. We couldn’t resist bestowing this award after watching Marin horrify, humiliate and humble dumb pols over the last few years, in the name of folks forgotten in the system.

Check the Ombudsman Ontario website for various skirmishes in this blessed loudmouth’s war for fairness. Here’s a few of my faves:

McGuinty obviously can’t take the pyrotechnics, but watching the Marin show over the years has been a bit like eating comfort food – the world just feels a little safer.[rssbreak]