A new lease on pot: personal growers are the forgotten link in legalization

There are more than 363,000 registered medical marijuana users in Canada, but only a tiny fraction are using a personal grower 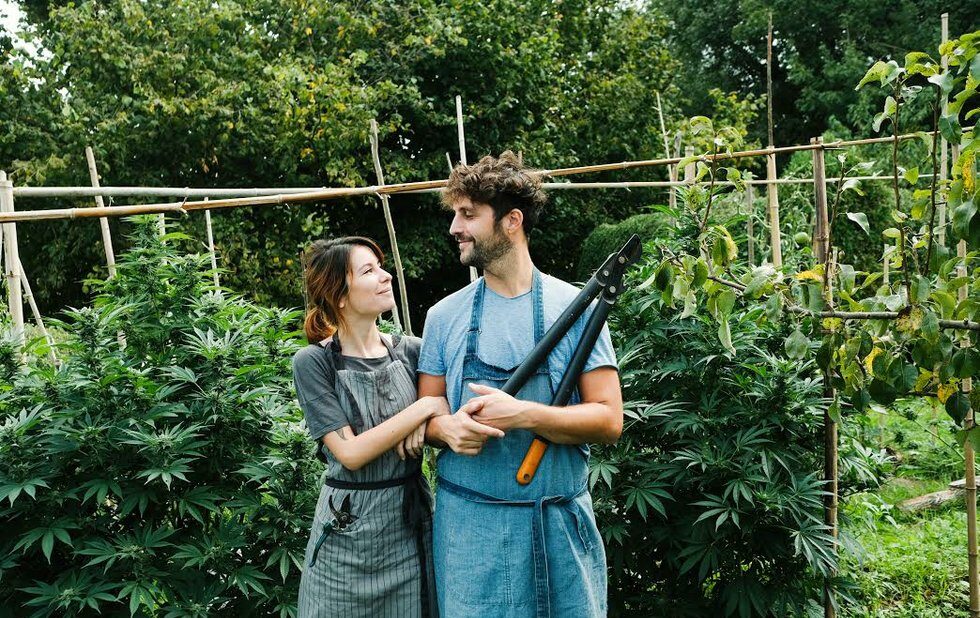 The story of medical cannabis and the legal fight led by patients to grow their own – or designate someone to grow for them – is largely unknown to the Canadian public. That’s partially because the legislation and policies will test the most focused reader.

But in the current haze of legalization, the fact that provincial health care doesn’t support or recognize Canadians who use cannabis to effectively treat their chronic pain or psychological disorders is an issue that deserves attention.

There are some six million Canadians living with chronic pain. More of them are getting off opioids (for obvious reasons) and choosing medical cannabis.

But who can afford it? If you’re poor, you’re screwed. If you’re middle-class, it’s still a huge cost. You can be out of pocket $6,000 a year (assuming a 2.5-gram-a-day prescription at an average legal price of $8 a gram).

Legalization was supposed to resolve the question of affordability and accessibility for medical cannabis users. But obviously that’s not the case.

And if current Canadian cannabis prices are any indication, the illicit market will continue to out-compete the legal one for some time.

Legalization was tacit recognition that cannabis does not have an overly detrimental effect on society to the extent that the public must be barred from access. However, Health Canada’s position on medical cannabis is driven by literature that remains unconvinced of the plant’s medicinal benefits. And it will be several years before long-term controlled studies produce outcomes that could reverse Health Canada’s current position.

However, the right to grow your own was quickly contested by the federal government. Between 2001 and 2013 a series of citizen-led court battles culminated in the epic federal court ruling known as the Allard Decision in 2016. This decision reversed the government’s prohibition on a patient’s right to grow their own or designate a grower.

Post-legalization, this was rolled up into the Cannabis Act and renamed the Access to Cannabis for Medical Purposes Regulations (ACMPR).

The federal government’s arguments against cultivation or designating a grower to grow on behalf of patients centred around questions of safety and quality issues, such as pesticide use. All of which were refuted in the Allard decision.

Still, Health Canada to this day does not condone or promote self-production or designated production, even while it is simultaneously responsible for administering the ACMPR.

The ACMPR allows a user of medical cannabis to designate anyone (aka “designated person”) over the age of 18 without a criminal record, to cultivate cannabis for them. (Some with medical conditions simply don’t have the physical space or wherewithal to cultivate their own cannabis.)

Price is determined between the grower and the patient. This can save a patient anywhere from $2,000 to $5,000 a year in comparison to legal and illicit market prices. The system provides a real opportunity to make medical cannabis substantially more affordable and accessible, as well as build community.

But the deck is stacked against the establishment of such a self-help community. Of the more than 363,000 registered medical cannabis users in Canada, only 0.2 per cent are using a personal grower.

One problem is that the laws and regulations around the promotion of cannabis make it nearly impossible to advise medical users that a personal grower is even an option.

Additionally, cannabis clinics – owned and operated by Licensed Producers – do not promote or mention personal growers as an affordable option for patients. And doctors seldom, if ever, notify patients of this helpful program. This is all to say that we are on our own. There will be no market-based or government-driven solutions any time soon.

A large and knowledgeable labour pool already exists to fill the designated-grower void. In fact, it’s a great opportunity to draw people out of the illicit market.

Yet the government remains silent despite an obvious opportunity to connect struggling and thrifty Canadians coping with ailments to an existing class of capable growers and future Canadian cannabis growers.

How does this all work?

Once you’ve been authorized as a medical cannabis user, you can ask anyone over the age of 18 with a clean police record (specifically no narcotics offenses within the previous 10 years) to grow for you. After you come to an agreement with your grower, you’ll need to complete a short administrative form and mail it to Health Canada. There’s a wait time of several weeks for first-time applicants.

How much can a designated grower grow?

Depends on the size of a patient’s prescription. The number of plants that may be grown and the amount of dried marijuana that can be stored is set by Health Canada. For example, a three-gram-per-day prescription allows a grower to grow 15 indoor plants and six outdoor plants.

How many patients can a grower grow for?

You can grow for a maximum of two patients.

Do I need to sign a contract with my patient or register a business?

That is up to you. Based on information relayed by Health Canada, growing on behalf of a patient is not operating as a “business” because there is no “commercial” exchange of sorts. As of June 14, 2017, the only entity in Canada that is legally permitted to sell medical cannabis as a commercial good and as a registered business are Licensed Producers.

Can I be a patient and a designated grower?

Yes. According to the Access to Cannabis for Medical Purposes Regulations you can grow for yourself and one other patient.

Jonathan Kuiper is a cannabis advocate and acting director for Weetend.com an online self-help community where patients can connect with craft growers.