What lies ahead for the evil genius behind Rob Ford's improbable win? 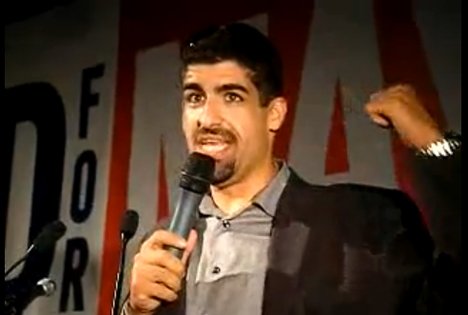 Some people say the craziest shit at Christmas parties, especially the kind of parties that start around three in the afternoon and the guests are shitfaced by six.

It’s Friday night, somewhere on the south end of town at the yuletide fest of a former mayoral candidate. I can’t say whom, cuz I’ve been sworn to secrecy. Hint: this person may be running for McGuinty’s Libs, or Hudak’s Tories, in the next provincial election. (How’s that for misdirection?).

It doesn’t take long for talk to turn to the new sheriff in town, one Rob Ford, and his chief of staff Nick Kouvalis. On this winter’s eve the grapevine is dripping with speculation that Kouvalis, the Windsor import who masterminded the big guy’s run to the top as his campaign co-chair, may not be around calling the shots for much longer.

Too controlling, or so the line on Kouvalis goes, which has Robo an his big bro Doug, the Ward 2 councillor, getting their backs up, or so one theory goes.

For the record, Adrienne Batra, Ford’s press secretary says there’s nothing to the Kouvalis speculation. “Let me be as clear about this as possible. Whomever you’re getting your information from is misinformed. There is no modicum of truth to the rumour.”

Kouvalis is no shrinking violet, to be sure. But it seems unlikely he would be so quickly on the outs with the Fords. I mean, where’s the friggin’ gratitude. If it wasn’t for “Nicky”, where would the Fords be?

Besides, I saw Kouvalis and Doug Ford having a smoke outside City Hall Friday afternoon and everything seemed cool.

But then I get home Friday night to see the Star has posted a curious story online about Kouvalis, “The brains behind Rob Ford.” The article is mostly a rehash, except for a curious bit at the end about whether or not Kouvalis has found himself a more permanent place to live since the campaign, or still staying in an office at the Fords’ label factory.

“I got a nice place now,” comes the reply from Kouvalis. End of story.

Well, sort of, until Warren Kinsella, the spinmeister and former Rocco Rossi campaign co-chair, weighs in Saturday morning in his blog on the Star’s “well-crafted story.” And that he’s heard “all over that Kouvalis’s loose lips have ticked off Doug Ford one time too many, and he (Kouvalis) is being sent back to Windsor.”

Kouvalis may be the guy who kicked everybody’s ass in the last campaign, but among the high foreheads in the government relations set around town, he’s no hero. His boasting of the dirty little tricks played to save Ford’s campaign (too many to enumerate here), were viewed as inappropriate.

To some, Kouvalis’s self-aggrandizing makes him a potential liability for the Fords.

But Kouvalis is a valuable asset, a crack pollster who knows how to read numbers and, as he showed in the election, understands how to turn those numbers to his candidate’s advantage. Whether that skill set makes him a more desirable campaign manager than chief of staff is open for debate.

Still, the decision to keep or not to keep Kouvalis around may not be the Fords’ to make.

There’s a provincial election around the corner, a federal one likely before that, and as the guy who orchestrated Ford’s improbable win in Tory-hating Toronto, Kouvalis’s services will be in high demand.

The plan all along may have been for Kouvalis to serve during the transition period at City Hall, and then move on to a role as the federal PCs’s GTA co-ordinator in the event of a spring election, or to the provincial PCs camp to prepare for next fall’s runoff.

The latter seems the more likely scenario. It’s in provincial politics that Kouvalis really cut his teeth as the guy who helped bring down John Tory, when the latter was PC leader. He worked as an organizer for Christine Elliott during the provincial PC leadership, and seems closer to the party’s rural guns and property rights crowd than current leader Tim Hudak. But called upon, Kouvalis would no doubt answer the call.

Either way, the Fords loss.