U.S. president’s troop surge can only mean one thing: this freakin’ war is out of control 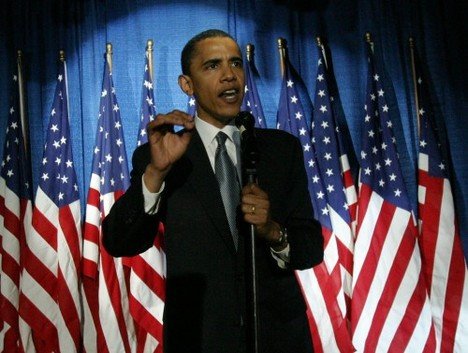 Its unclear what Afghan push will mean for Canada.

It’s unclear what Afghan push will mean for Canada.

You can’t say Barack Obama didn’t warn us. On the campaign trail he made himself McChrystal clear: he wanted a stepped-up Afghanistan war, and now he’s double delivered.[rssbreak]

The U.S. president’s elegant but illogical ramble Tuesday, December 1 at West Point announcing the deployment of 30,000 more troops, mere months after the last 20,000 top-up, was the kind of speech politicians only make when the trajectory is freakin’ out of their control.

It was the compromise from hell so don’t look for all this to make much sense: a president packing to pick up his Nobel Peace Prize, orders a $30 billion surge of new firepower in the midst of a financial crisis, on the basis that in 18 months U.S. troops can defang, but not totally defeat (he doesn’t want to get totally bogged down) the chief threat to American security, defined as Al Queada and not the Taliban (who the U.S. is mainly fighting) and slip quietly home.

And don’t bother trying to find silver linings, despite Obama’s stated desire to clean up corruption, do a titche of development work and train Afghan security forces to stabilize the country themselves. Nice thoughts these, but stabilize? Really?

It gets worse: the U.S. admin plans to arm tribal leaders hostile to the insurgency, meaning yet more weaponed thugs lording over fiefdoms and settling scores on the rugged terrain. Somehow this is passing in circles of otherwise intelligent people, as a cunning grassroots pacification strategy it’s amazing how the Obama gloss can cloud the mind.

Where does this leave Canada? Much is being made of the fact the U.S. president, currently arm-twisting NATO allies for more troops, is being gentle with his northern neighbour. The reason for this is probably, as many have pointed out, that that Canada is already committed to train Afghan troops and police officers when our official mission ends in 2011, ironically just about the time of the U.S. planned phased withdrawl.

Sounds sort of innocuous, I know, but on behalf of whom exactly would we be constructing a security infrastructure? Last time I checked, armed forces were supposed to be subject to legitimate authority. Would Afghanistan’s truly legitimate rulers please wave your Kalashnikovs?

The fact is, the Tories have based foreign policy on the wilful hallucination that there’s enough good governance in Afghanistan to pull us through. This is how the detainee transfer scandal happened. The feds ignored human rights groups’ warnings about detainee abuse for almost three years, maintaining the fiction that Afghanistan’s notorious intelligence service could be deemed innocent until proven guilty.

Until there was an actual mutilated body lying out in the open with the media in attendance, human rights reports could not be considered, in General Rick Hillier’s mind, “substantive evidence.”

Tory politicians refused to be ethically pre-emptive and, in so doing, dirtied Canada with the torturer tag. This is a dreadful thing to have done to all of us. If it isn’t a reason to drag the Harper regime before the voting public, I can’t imagine what is.

Meanwhile, the U.S. step-up puts another presidential seal on the puerile idea that insurgencies can be exploded to hell and gone.

As Michael Moore asked in his frantic open letter to Obama recently: “I know you know that there are less than a hundred al Qaeda left in Afghanistan! A hundred thousand troops trying to crush a hundred guys living in caves? Are you serious?”