Talk about spellbinding television. If you missed the Olympic opening ceremonies on CTV Friday night and the breathless lead up. 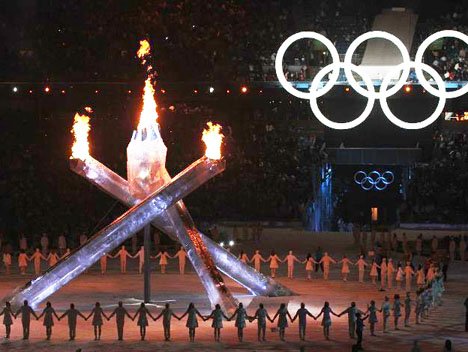 Talk about spellbinding television. If you missed the Olympic opening ceremonies on CTV Friday night and the breathless lead up to the big party, count yourself lucky.

It was an embarrassment.

That choice of Wayne Gretzky, the Grate One, to carry the Olympic torch and light the final flame was a doozy, too. So typical.

I’m all for waving the flag. Not the rah-rah, in-your-face brand of nationalism, mind you.

But when a luger from Georgian ended up dying during a training run hours before the big ceremony, CTV, which is heading up the media consortium covering the Games, ignored the tragedy for hours.

Instead viewers were treated (?) to syrupy spots of happy Canucks feeling the Olympic pride. Don’t want to put anyone on a downer and all, but a bad call.

The pride pumping continued on day two, with coverage of women’s hockey, Canada versus Slovakia. Borrrring.

Did we really have to endure an entire period without any other coverage of the Games when it was clear five minutes in and Canada up four zip (on its way to a 18 nothing romp) that this “game” was a complete non-starter?

Guess CTV’s decided to milk a little pride when we can.

But it makes me want to turn to NBC where, yeah, the coverage of the Games is decidedly pro-American, but more honest. CTV’s just seems contrived. Objectivity? Don’t look for it here.

We’re supposed to Own the Podium at these Games, and already the talking heads are trying to gloss over sub par performances in the men’s downhill and speed skating where we’ve come up zeros (save for one bronze). It’s starting to look like another Olympic wipeout.

A lot has been invested in these Games. It’s understandable that CTV wants to put a positive spin on the festivities.

But some of the programming choices have been, well, questionable when they’re not so totally predictable.

A four-person panel dissecting the men’s hockey team practice, yes practice, when there’s some blistering cross country skiing viewers could be watching, or anything else for that matter. Odd.

I know we’re supposed to be a hockey mad country. But a practice followed by four talking heads dissecting Ryan Getzlaff’s injury, is plain nuts. Yawn.

Sure, the time difference means we in the eastern time zone don’t start getting any real coverage, save repeats from the night before, until noon. But that still doesn’t explain all the talk, talk, talk. Covering a little more of the action might help ramp up the excitement for those watching at home.

Hopefully, these Games won’t be an entire failure. Most Canadians want to see the event succeed.

But we haven’t gotten off to a scintillating start. The opening ceremonies had its moments, but who the fuck made the decision that it should end with the Olympic flame taking a surreal ride aboard the back of a pickup? Not exactly television worth watching.

Bush really, to say nothing of the choice of Gretzky to be the final bearer of the flame. Is there a bigger corporate shill (See Ford, McD’s, Esso) in the country? Maybe that explains the choice. Steve Nash would have made a better selection. He actually embodies the Olympic spirit of peace through his many good works.

For all our diversity, why wasn’t one among the final five torch bearers or, for that matter, any of the eight Canadians chosen to carry the Olympic flag, a person of colour?

Jacques Villeneuve? The cat hasn’t lived in this country since he was a kid. Donovan Bailey would seem to deserve a spot, given he’s responsible for one of this country’s greatest Olympic moments. Maybe he’s not Canadian enough.[rssbreak]