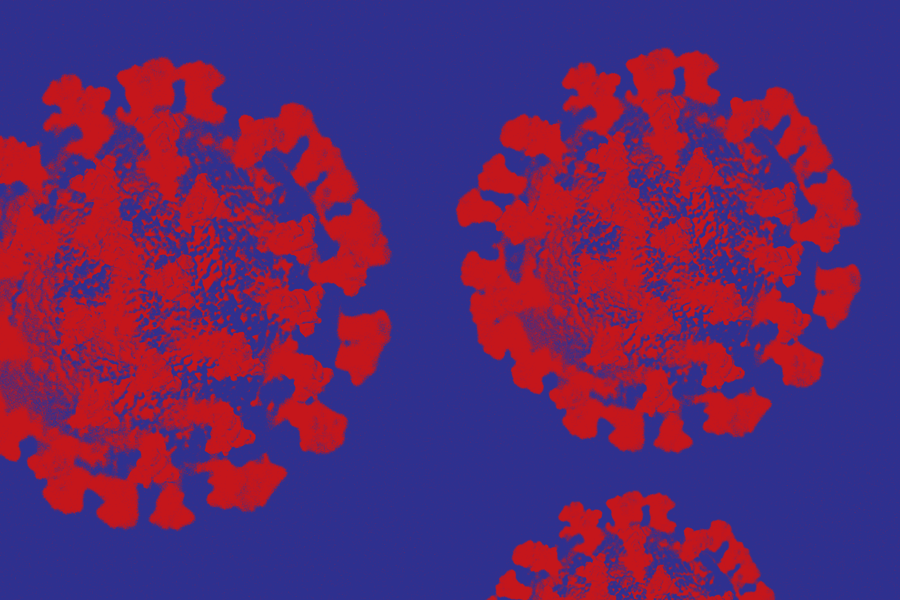 Omicron. It sounds like a name you’d give a creature in a Japanese monster flick.

Just when we thought we were starting to see light at the end of the tunnel, news of the emergence of a new “variant of concern” of the coronavirus shocked global stock markets and set off a panic on Friday, leading a number of European countries (and Canada) to impose travel restrictions on flights from seven southern African countries – South Africa, Mozambique, Namibia, Zimbabwe, Botswana, Lesotho and Eswatini.

Shock turned to horror when two cases of the new variant were confirmed in Ontario on Sunday (reportedly from individuals who travelled to Nigeria). Cases have also been detected in Brussels – the seat of the EU – and the UK.

Government officials are urging calm, but the eerie feeling that this pandemic may never go away has descended over the planet and cast a pall over another (what looks like) winter of our discontent.

If it wasn’t clear before that this pandemic is an issue that has to be tackled globally, it is now. No one is safe unless everyone is safe.

And while those of us in vaccinated countries have been blithely making our way back to the new normal, the World Health Organization (WHO) has been warning for months (largely to no avail) that more contagious and powerful strains of the virus would emerge if the planet’s richest countries didn’t do more to supply vaccines to the planet’s poorer countries. Rich countries, which represent some 16 per cent of the world’s population, continue to buy up 60 per cent of the world’s vaccine supply.

And so here we are.

There have been some half a dozen strains of the virus, each with their own mutations.

But the lack of vaccine supply in many of the world’s poorest nations has allowed the virus to go largely unchecked and mutate at a much faster rate. The result has been successive strains of the virus that are increasingly contagious and able to slip past the defences of vaccines. Some 30 mutations have been detected of the Omicron variant, of which nine are “associated with immune escape.”

It’s no coincidence. The countries under current travel restrictions also happen to have among the lowest vaccination rates on the planet – South Africa (24 per cent), Mozambique (16 per cent), Namibia (12 per cent), Zimbabwe (19 per cent), Botswana (30 per cent), Lesotho (27 per cent) and Eswatini (20 per cent).

The numbers are worse for the rest of the continent. In total, less than 10 per cent of Africans are vaccinated – well short of the African Union’s goal of 60 per cent by the end of this year. But that’s only the tip of the iceberg. The virus has also been on the rampage in South America and on the rise in Europe and a number Asian countries – also the U.S., although not for lack of vaccines.

Efforts by the WHO to vaccinate poorer countries through COVAX, its worldwide hub set up to deliver “fair, equitable and timely access to COVID-19 vaccines,” have been largely ignored or undermined by the world’s richest nations. Canada has contributed some $1.6 billion to the cause but came under criticism in February for being the only G7 country to draw on COVAX supplies.

Other countries, most notably the U.S., China and Russia, have completely opted out of the international effort to get vaccines to poorer countries in the rush to develop their own supply. And so like the feeding frenzy for PPE in the early days of the pandemic, competition for vaccines has (not surprisingly) upended global response to the pandemic so much so that WHO director-general Tedros Adhanom Ghebreyesus has characterized the resulting “hoarding” of vaccines of richer nations as “vaccine nationalism.”

Ghebreyesus says no more vaccines should go to countries that have already vaccinated more than 40 per cent of their population until COVAX has the vaccines it needs to help other countries.

Ghebreyesus is also urging richer countries not to give a third dose to those who are fully vaccinated (and do not belong to a specific risk group) and to redistribute those doses to COVAX instead.

The WHO has managed to distribute some 1.4 billion doses, but that’s a third less than the 2 billion doses targeted for the end of 2021.

India’s Serum Institute, which had been supplying COVAX directly with vaccines, just began resupplying COVAX last week after placing an export ban on vaccines to deal with increasing numbers of COVID cases in India.

In the face of dwindling supply, COVAX was forced to change its strategy in October and began restricting vaccines to some 39 of the 89 eligible low-income and middle-income countries. Some 28 countries are entirely dependent on COVAX for their supply of vaccines.

U.S. president Joe Biden last week called on World Trade Organization countries to waive intellectual property right protections on COVID vaccines in the wake of news of the Omicron variant. South Africa and India actually proposed a temporary suspension of the protections in October 2020. But vaccine producers and a number of countries, including Canada, the UK and Germany, opposed the idea saying it would stifle innovation while noting the lack of facilities available to manufacture vaccines in the first place. (A spokesperson for the federal health minister has yet to respond to a request for comment from NOW on whether the government still supports maintaining protections on vaccines.)

Moderna announced Friday that it is already working on a formulation for its vaccine to target Omicron, but that won’t be available until early 2022. Whether that will mean relief or trigger a whole new race for vaccines remains to be seen.

Is it time to panic yet? There’s a lot we don’t know. But if we continue on the current course, we’d only be inviting more monster variants. Certainly, it’s a wake-up call.

3 responses to “Omicron: Is it time to panic yet?”