On the eco frontlines 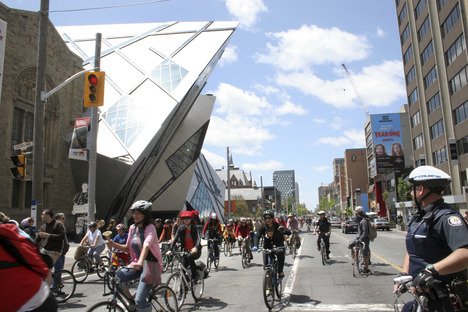 • More than 2,000 pedal pushers take part in the Bells On Bloor annual ride for bike lanes on the east-west thoroughfare, which will have to wait another year.

• The Sierra Youth Coalition puts a bottle of polluted water from the Athabasca tar sands up for sale on eBay. Last bid: $60 (Cdn).

• The province announces that the cost of building two new reactors at Darlington is prohibitive – for now. Here comes a federal bailout?

• The mad bomber blowing holes in EnCana pipelines near Dawson Creek, BC, strikes for the sixth time in the last nine months.