NOW MagazineNewsOntario Election 2018: Change was the ballot box issue so what now?

Ontario Election 2018: Change was the ballot box issue so what now?

With the high number of newly elected MPPs at Queen’s Park, many of whom are young, it’s an opportune time for us to think about how we challenge the business-as-usual approach to politics 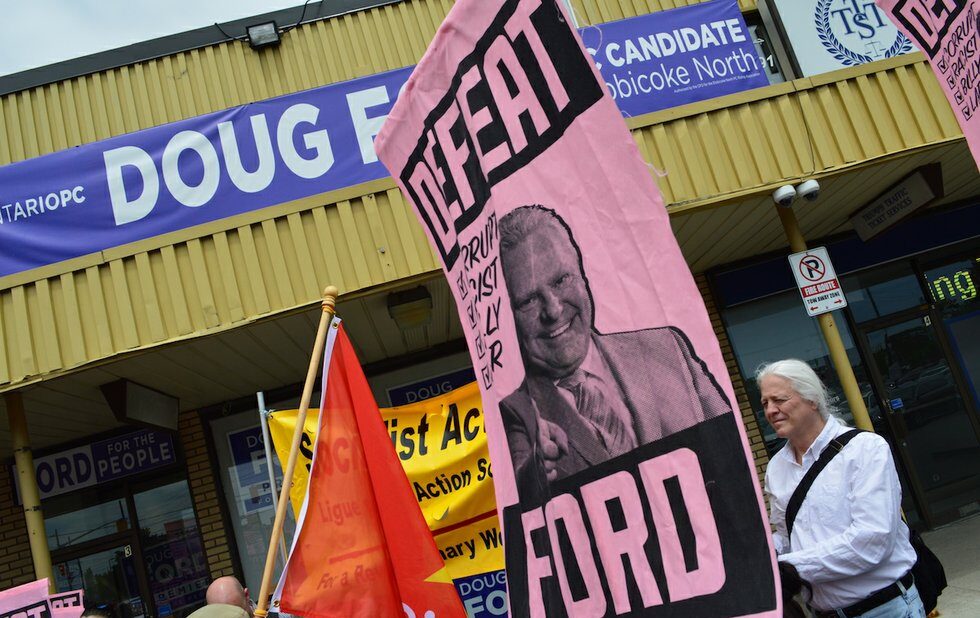 They will be talking about Ontario Election 2018 for years to come.

It started with the unprecedented – the dramatic downfall of the PC leader in an election year. That was followed by a hasty leadership contest and a bounce back for a political party the likes of which we have rarely seen.

In between, we witnessed the implosion of the Liberal party, sliding from majority government to seven seats and the loss of party status the elevation of the NDP to official opposition, but falling far short of the challenge to be the agent of change at Queen’s Park and the election of the first Green Party MPP in Ontario, Mike Schreiner.

Change was the ballot box question and change is what Ontario will get.

But the new government got elected on a thin platform that wasn’t fully costed out. Economist Hugh Mackenzie estimates there is a $13.75 billion hole in the incoming government’s platform promises.

To put that into perspective, Mackenzie notes that Ontario’s total spending on areas other than health and education is about $55 billion a year. The fiscal hole the new government faces represents a quarter of that amount, which means spending cuts, broken promises, deeper deficits or a combination of all three.

There were claims $6 billion in “efficiencies” could be found without laying anyone off, but there is little doubt that cuts are coming.

Low-income workers also stand to lose out if the new government makes good on its promise to freeze the minimum wage at $14 an hour instead of raising it to $15 next January.

The PCs are promising to take those workers off of the income tax rolls instead, but workers would be financially better off with a $1 raise.

Even though the new government will inherit a deficit of at least $6.7 billion, one of its promises is to implement $2.8 billion in income tax cuts.

The pledge has been framed as a middle-class tax cut – it’s anything but. The bottom 60 per cent of Ontario earners (anyone making less than $49,208) would receive, on average, just seven bucks a year. The richest 10 per cent would get an average $1,168 in additional tax cuts.

In a province where the incomes of the bottom half of households has been dropping, the tax cuts on offer will only widen the growing gap between the rich and the rest of us.

It’s important to note that the plurality of voters actually voted for political parties who promised to expand, not cut, social programs. They voted for a $15 minimum wage, for more affordable child care, for universal dental care and pharmacare.

It’s also important to note that 58 per cent of Ontarians actually voted. Voter turnout hasn’t been this high since 1999. But an Ipsos election-day poll indicates 42 per cent of voters who went to the polls voted strategically. Another election waged on an “anybody but…” approach should be seen for what it is – an investment in the politics of cynicism that divides us and erodes our faith in public institutions to enact change.

If this election teaches us anything, it is that we desperately need electoral reform, so that people are liberated to vote according to their values and not strategically based on what they don’t want.

Elections can be polarizing and this one was. Given the appetite for change, it’s important for progressives to focus on a new narrative and for Ontarians to start talking about our differences. Democracies don’t run on autopilot, nor are they just about voting every four years. The conversations we have with our neighbours, friends and families in between elections are equally important.

With the high number of newly elected MPPs at Queen’s Park, many of whom are young, it’s an opportune time for us to think about how we challenge the business-as-usual approach to strategically pursue profound, structural changes to address income inequality, climate change, pressing social issues, electoral reform, the fiscal health of public coffers and fundamental human rights.

If people want change, let’s make sure that it’s change that works for the majority, not just the wealthy few.

Trish Hennessy is director of the Canadian Centre for Policy Alternatives’ Ontario office.