All indoor retail, restaurants and other venues will now be reduced to 50 per cent while indoor social gatherings will be capped at 10 people 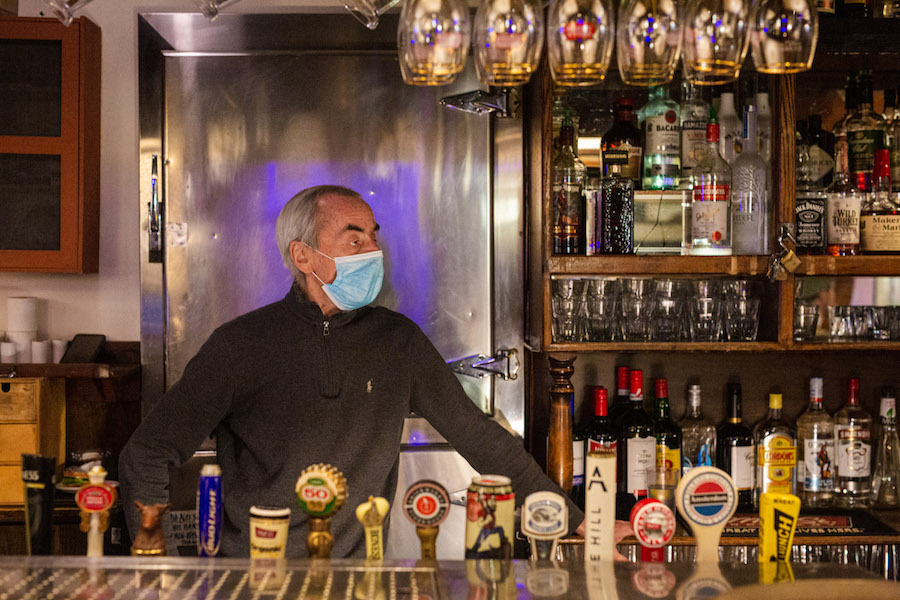 A bartender at the Rex

Starting at 12:01 am on Sunday, restaurants and bars, concert venues, theatres, cinemas, personal care services, retailers and shopping malls will all be reduced to 50 per cent capacity. Weddings, funerals and religious ceremonies are exempt from these restrictions.

At sporting events, concerts, theatre, cinema and other entertainment venues, food and drink will no longer be sold. That will remove the “masks required except when eating or drinking” rule that acted as a loophole for many such events. Masks will now be required 100 per cent of the time.

Bars and restaurants will also be required to close at 11 pm for dine-in, though delivery and takeout can continue past that time. Alcohol sales will be restricted after 10 pm.

In addition, Doug Ford and Ontario officer of health Kieran Moore announced in a press conference this afternoon that personal gathering sizes will reduce from a maximum of 25 people indoors to 10. Outdoors, 25 people will be allowed to gather.

This comes just before the holidays, when many people are planning indoor family gatherings. This week, Canada also advised against all non-essential travel.

Moore said these restrictions were instituted to give the province time to administer booster shots to as many people as possible. Vaccination appointments will reopen to people above 18 starting Monday.

With COVID numbers rising exponentially with the quickly transmitting Omicron variant, it became clear that two shots of a vaccine are not enough to slow this wave of the virus.

Many concerts and other events scheduled for the next couple of weeks have already begun to postpone. With restaurants closing at 11 pm and new capacity restrictions in place, many spots will also likely have to adjust their planned New Year’s Eve parties and dinners.

Ontario reported 3,124 new COVID cases on Friday, the highest since early May and double the amount recorded one week ago.