The ads from Toronto Pflag are rolling out across the TTC 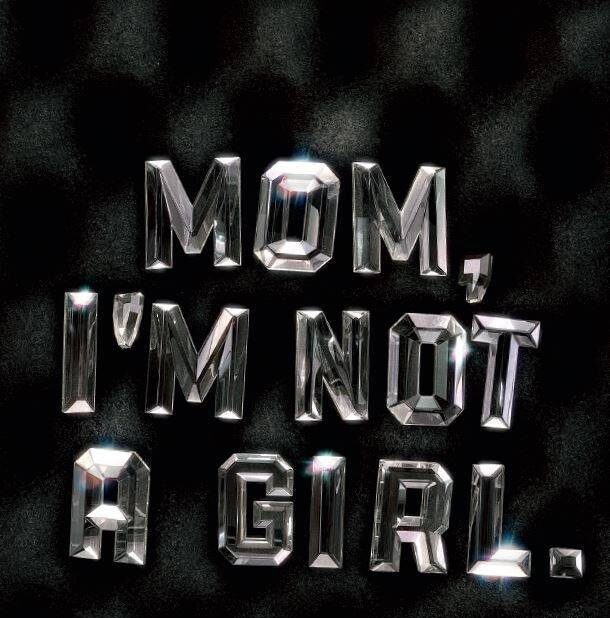 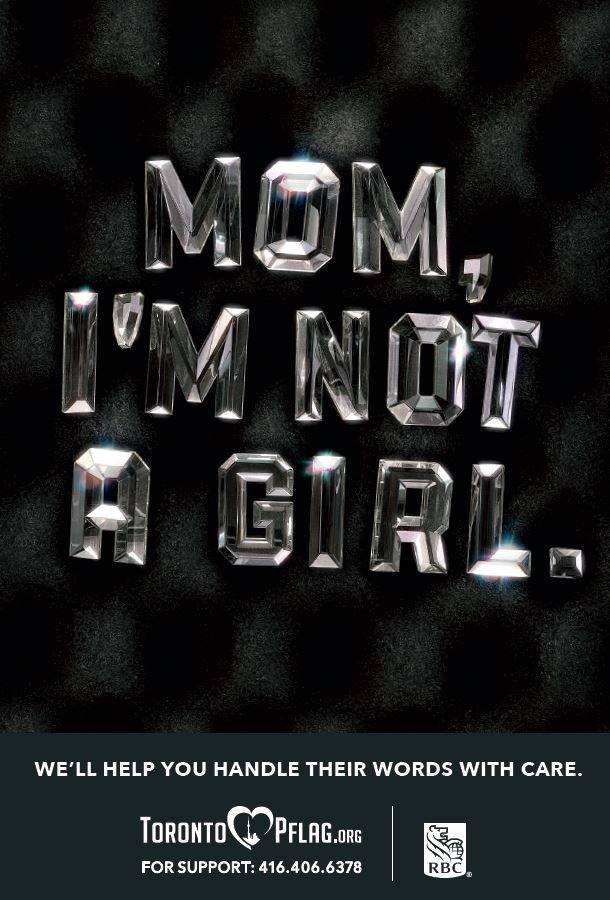 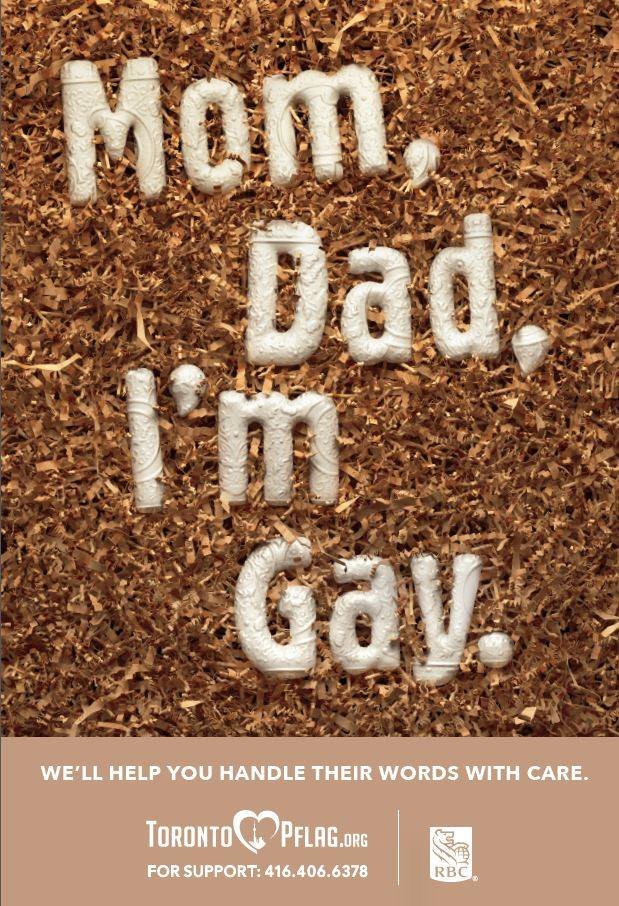 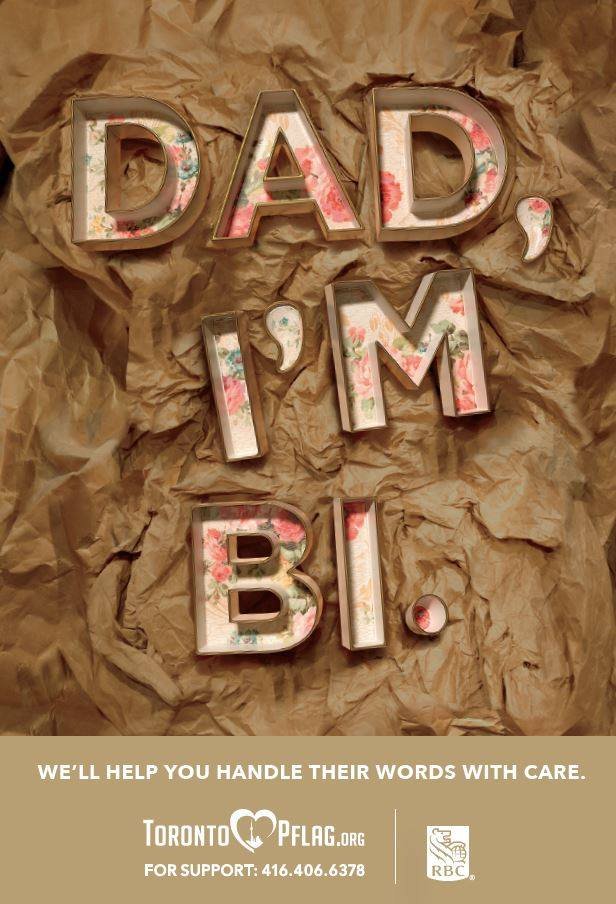 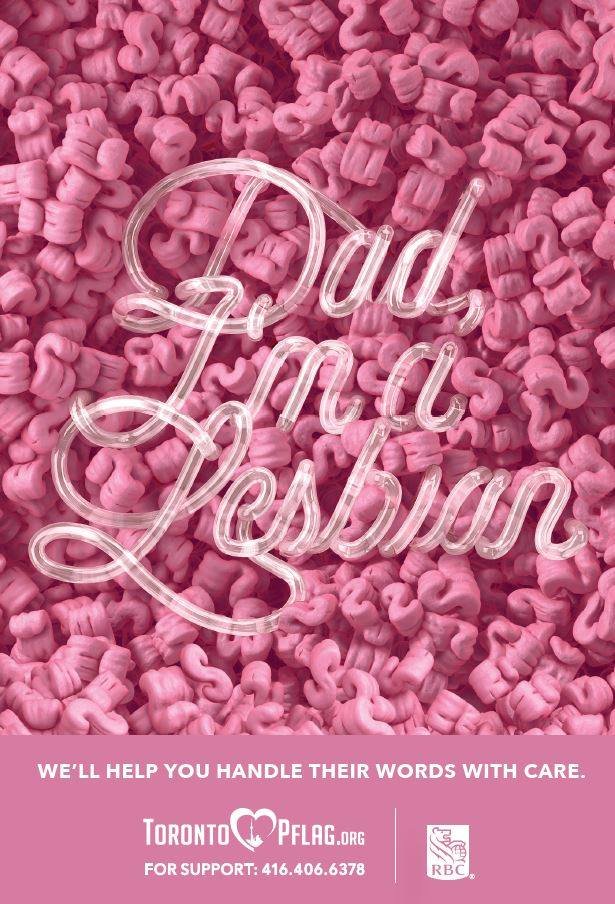 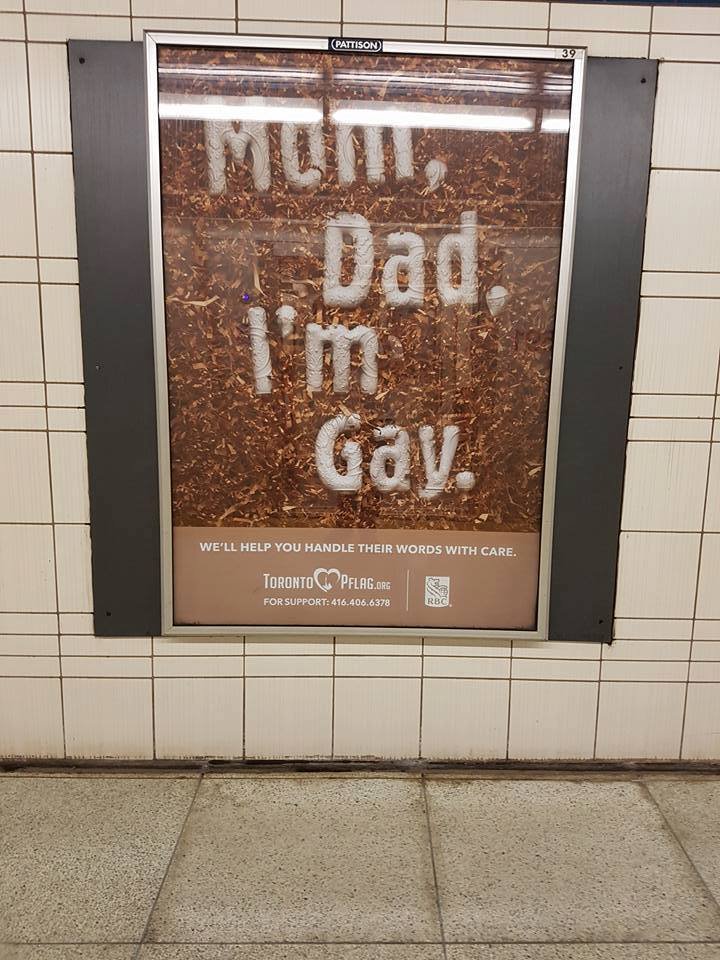 Toronto Pflag does tremendous, life-saving work. Through their outreach to queer young people and their families, the local chapter of the global organization formerly known as Parents and Friends of Lesbians and Gays plays a crucial role in the normalization of diverse sexual and gender identities. For LGBTQ youth, parents are often a hurdle to acceptance, and Pflag offers resources for both.

Among the group’s initiatives is a confidential, 24-hour support line staffed by parent volunteers (416-406-6378), now being promoted through a TTC poster campaign that started rolling out this past week.

Designed by J. Walter Thompson Canada and sponsored by RBC, the public service announcements will be displayed on 68 subway platforms and inside 350 transit vehicles across the city through the middle of next month.

The campaign is tied into National Coming Out Day, October 11, around when Canadian university students head home for Thanksgiving. With elegant simplicity, the ads capture the predicament of wanting to be a good person in a challenging moment, and offer a means of obtaining guidance.

“No matter how prepared you think you are, parents often inadvertently do or say the wrong thing,” says Toronto Pflag president Anne Creighton in a statement.

“We know that handling these moments with care can ensure the relationships between parents and their children remain intact.”

Every TTC ad should be of such value.

CLARIFICATION (9/23/16, 5 pm): Based on information provided by Toronto Pflag, this post originally just said that the ads would appear on station platforms and in subway cars, and the headline therefore referred to it as a “subway campaign.” Pflag has since given us updated info, letting us know that the ad will also appear inside some buses and streetcars. We’ve amended the post and headline accordingly.